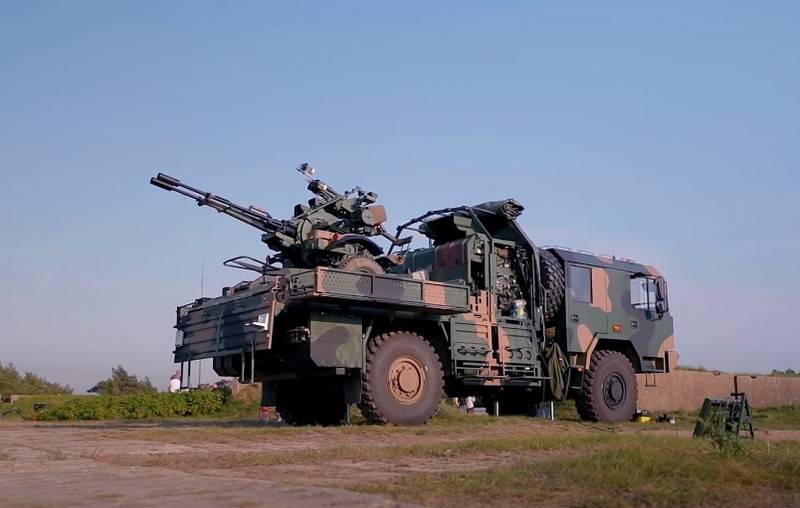 A video of test firing of the new Polish anti-aircraft missile system PSR-A Pilica has appeared on the Web. The video on its official YouTube channel was posted by the Polish state-owned company PGZ, which received a contract for the production of six batteries of anti-aircraft guns.


The Polish Ministry of Defense has reportedly received the first battery of PSR-A Pilica anti-aircraft missile systems. New installations entered service with the 3rd Warsaw Air Defense Brigade. A total of six batteries are expected to be delivered until 2022.


ZUR-23-2KG Jodek-G was created on the basis of the Soviet 23-mm ZU-23, the Piorun complex (originally designated as Grom-M) is a further development of the Grom MANPADS, which was originally a licensed copy of the Soviet Igla-1 MANPADS.

The declared firing range of the gun is 2 km, the MANPADS is 5 km. Each installation can operate both autonomously, since it has a computerized fire control system and optoelectronic devices, or be integrated into an echeloned anti-aircraft defense system, receiving target designation from an automated control system.
Ctrl Enter
Noticed oshЫbku Highlight text and press. Ctrl + Enter
We are
Polish media talked about the problems with the new Piorun MANPADSThe Armed Forces of Poland will receive new MANPADS "Lightning"
Military Reviewin Yandex News
Military Reviewin Google News
43 comments
Information
Dear reader, to leave comments on the publication, you must sign in.