Differences between the Su-57 fighter and the F-35: some positions 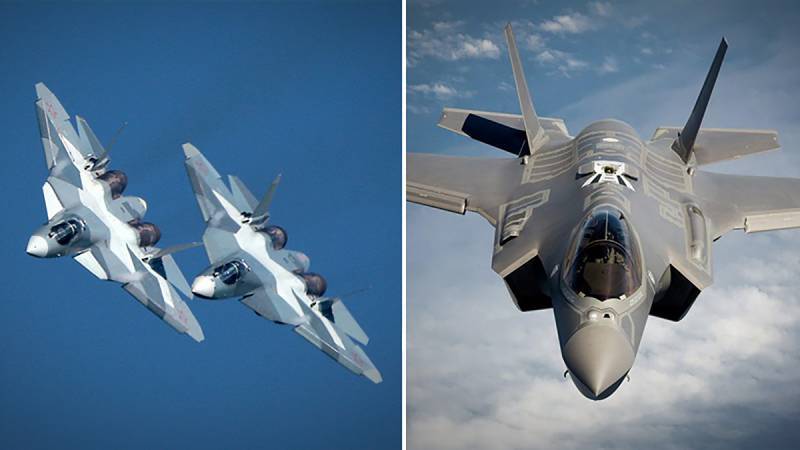 The Russian fifth-generation Su-57 fighter is not yet supplied to the troops, and numerous foreign and Russian media continue to compare it to the American F-35. Moreover, the comparison is based on all the same publications and open information, which is not so much. No one will reveal the full specifications of their latest technology - for obvious reasons.


Most of the publications about the Russian Su-57 were published by the American edition of The National Interest. At the same time, the opinions of the authors of the journal can be categorically opposite. While some recognize the Russian fighter as a full-fledged fifth-generation aircraft, others describe it as a "conventional fifth-generation" fighter. The main reason for this is the AL-57F41 engine installed on the Su-1, the so-called "first stage" engine.

According to the contract concluded by the Ministry of Defense and the Sukhoi company, the Russian Aerospace Forces in the period up to 2027 should receive 76 production Su-57 fighters to equip three aviation regiments. The start of deliveries of aircraft under this contract is envisaged for 2021, the completion is planned for 2027. The initial production fighters will go to the troops with the first stage engine, and the Su-57 equipped with the second stage engine is planned to be received from 2023 or from 2025, data vary.

According to some experts, both foreign and Russian, with the receipt of the second stage engine, the Su-57 will turn into a full-fledged fifth generation fighter. With the use of the new engine, the Russian fighter will be able to achieve cruising supersonic speed without using afterburners. In addition, the new engine will provide the Su-57 with super-maneuverability.

What specific positions do the Russian and American fifth-generation fighters differ in (well, except that one has not yet joined the troops, and the other has long been in service with the US Air Force and Navy and is exported to a number of countries).

With the receipt of the second stage engine, the Russian Su-57 will significantly surpass the American F-35 in the following parameters: maximum flight speed, permissible combat load, maximum takeoff weight, flight duration, high maneuverability, although many of these indicators are higher for the Russian fighter and with an engine AL-41F1.

On the other hand, it is not entirely correct to compare the Su-57 and the F-35. The Russian fighter is designed to achieve air superiority, it surpasses the F-35 in flight range, speed and maneuverability. In turn, the American fighter was created to penetrate the enemy's air defense zone, strike at ground targets and coordinate the actions of other aircraft. Therefore, the F-35 relies on stealth.

Another important difference is the tests of the Su-57 with a heavy attack UAV ("Hunter") even before the introduction of both military aircraft into service. In the United States began testing the F-35 with the Valkyrie drone after the fifth generation fighter was put into service. At the same time, if for the Su-57 UAV "Okhotnik" to play the role of a slave aviation facility that even allows it to perform the functions of an interceptor, then for the US Air Force "Valkyrie" is used as a means of exchanging information between the F-35 and F-22, , as you know, is not directly possible due to the various communication protocols used.