Mi-8AMTSh-VN confirmed the characteristics of the airborne assault vehicle 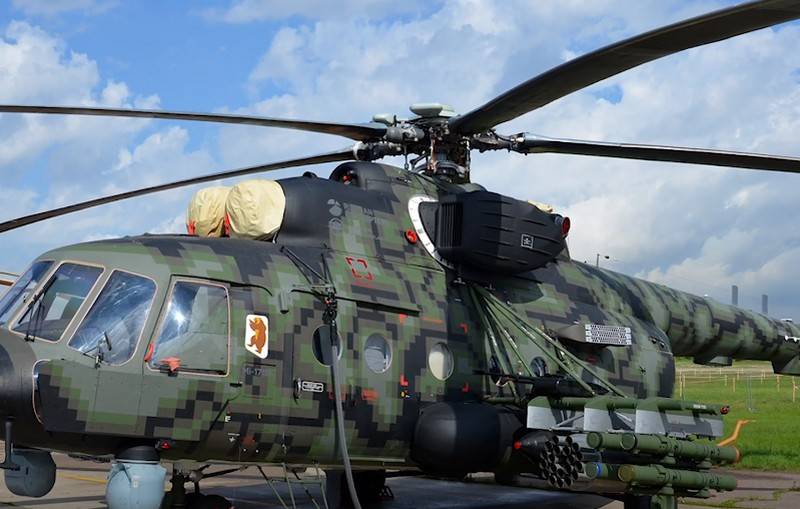 The newest transport and combat helicopter Mi-8AMTSh-VN, during the past tests, confirmed its strike and assault capabilities as a flying airborne combat vehicle. It is reported by RIA News with reference to a source in the military-industrial complex.


The interlocutor of the news agency called the helicopter "a multifunctional machine for performing shock, assault and airborne transport tasks", this was achieved thanks to the improved complex of controlled weapons and increased survivability.

The prototype Mi-8AMTSh-VN in recent tests fired guided missiles of the Ataka-VM complex at targets imitating enemy armored vehicles. (...) also used unguided rockets and cannons in overhead containers. The shooting was recognized as successful.
- said the source, adding that in fact the helicopter confirmed the characteristics as a flying combat vehicle of the landing.

The start of flight tests of the Mi-8AMTSh-VN transport and combat helicopter was reported in July this year. The first batch of 10 helicopters will go into service in 2021, all of them will be delivered to the army brigades aviationworking in the interests of the Airborne Forces.

Mi-8AMTSH-VN is equipped with the LSZ-8VN defense complex, which automatically detects the launch of missiles by helicopter, interferes with their guidance heads and emits false thermal targets.
Ctrl Enter
Noticed oshЫbku Highlight text and press. Ctrl + Enter
We are
The weekly summary of 21-27 of October about the military and social situation in the DNR and the LC of the military leader "Mag"Reports from the militia of New Russia for 27-28 September 2014 of the year
Military Reviewin Yandex News
Military Reviewin Google News
46 comments
Information
Dear reader, to leave comments on the publication, you must sign in.