In Poland: Sweden's new submarine development strategy could leave us without their submarines 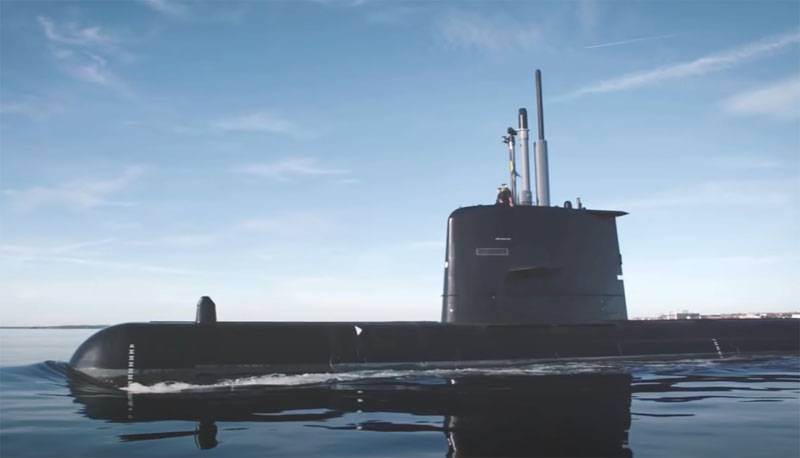 A few days ago, the Swedish parliament adopted a new security strategy, in which the need to increase the composition of the underwater fleet countries. Let us remind that the new strategy, which was approved by the Swedish parliamentarians, is connected with the statements of the representatives of the military department about "threats emanating from the Russian side." The Swedish Minister of Defense not so long ago said at all that the likelihood of an armed conflict in the region cannot be ruled out.


It is noteworthy that the new Swedish security strategy is being discussed very actively in Poland. In particular, it is said that if Sweden is going to increase the numerical strength of its submarine fleet, then Poland loses the chances of receiving Swedish second-hand (used “used” - operation) submarines:

The new strategy for the development of the Swedish submarine fleet may leave us without their submarines.
Here we need to specify what the new security strategy of the Swedish kingdom consists of. The document says that in the period until 2025, the number of military personnel is planned to increase from 60 thousand to 90 thousand people. At the same time, the renewed conscription will be doubled - from 4 thousand to 8 thousand per year. Military spending will rise to 1,5% of GDP. It is planned to modernize five Visby class corvettes and form a new airborne battalion.

Used submarines will not be withdrawn from the Swedish Navy until they are replaced by new ones, and some will remain in the fleet after receiving new submarines.

Poland was counting on submarines used by the Swedish Navy, which is why the recently adopted document indicating the development of the Swedish submarine forces upsets the Polish Ministry of Defense and military experts.
Ctrl Enter
Noticed oshЫbku Highlight text and press. Ctrl + Enter
We are
Reports from the militia of New Russia for 27-28 September 2014 of the yearInterview of Vladimir Putin with Radio Europe-1 and TF1
Military Reviewin Yandex News
Military Reviewin Google News
32 comments
Information
Dear reader, to leave comments on the publication, you must sign in.