"Why didn't the US destroy an equal number of their aircraft?" - Chinese press about cutting the Tu-160 in the 90s 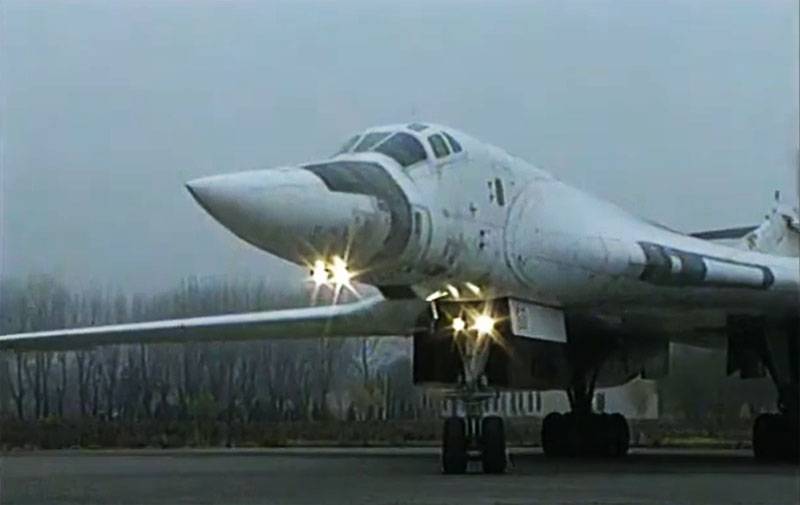 The Chinese news outlet Sina decided to remind its readers of what an agreement with the United States of America could cost. In particular, there is a fragment of a speech by Russian President Vladimir Putin during a press conference, where Putin reminded a Western journalist of the promises made by the West in due time not to expand NATO. But NATO, as you know, has expanded, already coming close to the borders of the Russian Federation.


The Chinese edition also reminds of how the CIS countries and the United States agreed on strategic forces. In particular, we are talking about the destruction of several supersonic strategic bombers Tu-160 in Ukraine in the 90s. The Chinese press notes that 19 Tu-160 aircraft were on Ukrainian territory at the time of the collapse of the Soviet Union. Some of the "White Swans" were sent to Russia as debt for energy supplies, and some were destroyed in front of American observers - demonstratively.

On the Internet you can find those photos in which the excavator literally cuts the "neck" of the Tu-160 "White Swan" with its bucket, turning the advanced Soviet technologies into a heap of metal. Then many in Russia, primarily the military, experienced bitter feelings.
It is noteworthy that the material of the Chinese publication does not mention how they felt, committing the destruction of strategic aircraft in Ukraine. But then in Ukraine, many pilots literally cried.

At the same time, the Chinese media adds that if it was about the destruction of strategic bombers (Nunn-Lugar program) inherited from the USSR, then why did the United States not destroy an equal number of its aircraft of a similar class? The fact that the United States did nothing of the kind with its aviation, says, as they write in the Chinese media, that an equal partnership with the United States is hardly possible by definition.
Ctrl Enter
Noticed oshЫbku Highlight text and press. Ctrl + Enter
We are
Interview of Vladimir Putin with Radio Europe-1 and TF1The big press conference of Vladimir Putin
Military Reviewin Yandex News
Military Reviewin Google News
94 comments
Information
Dear reader, to leave comments on the publication, you must sign in.