Could Armenia win the battle for Nagorno-Karabakh: analysis of some factors 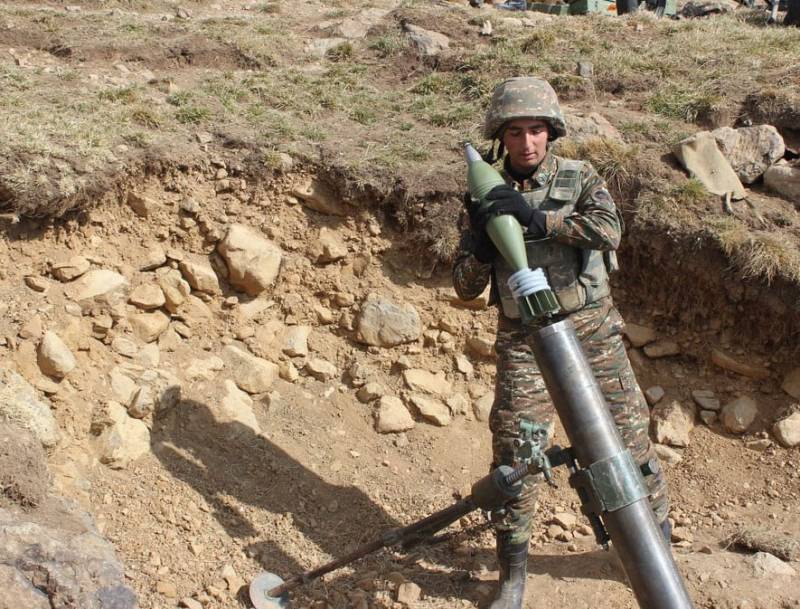 Consideration of the "alternative" variant of the result of this military conflict is all the more interesting because the Armenian side won the previous battle with the same participants and in the same theater of military operations. So why did things turn out differently this time? And could it be otherwise? By the way, some people in Armenia itself are now claiming that, they say, "there was not the slightest chance of victory from the very beginning." Whether someone likes it or not, this is not the case. So could Armenia have won the battle for Nagorno-Karabakh?


Let's analyze some of the factors.

Yes, Yerevan did almost everything possible for its own defeat. There is not that they did not prepare for the upcoming clash, which was imminent. They acted much more recklessly - they were preparing for a war of the 90s model and with an enemy of the level that the Azerbaijani army had at that time. The result is the very complex of problems that ultimately led to a crushing defeat, which did not turn into a final defeat only thanks to Russia's intervention.

Open positions, not protected from artillery fire and air strikes, the lack of an effective air defense system, and at all levels, critical miscalculations in literally all areas of the army's life support - from mobilization work to logistics and supplying it with the most necessary things. In order to list even the most serious failures of the Armenian side, the volume of even the largest article is not enough. Neither people, nor equipment, nor military engineering structures - nothing was ready for the beginning of the conflict.

In this regard, mention should be made of a complete failure in the work of the military intelligence and counterintelligence of Armenia - or the absolute disregard of information received from them by the top leadership of both the country and the army. Baku's preparation for the war was so obvious that only a blind man could not miss it. The talk of the town is the notorious airfield with Azerbaijani ANs, with the help of which the same, already not brilliant Armenian air defense system was probed and hacked, on which not a single bomb or rocket fell from the first to the last day of the fighting ... An adequate response to question: "Why?" no one in Armenia can give.

However, as well as on many other similar questions. In fact, Armenia, and, accordingly, the defenders of the unrecognized Artsakh, could have won only in one case - forcing the Azerbaijani army to “get stuck” tightly in the most difficult positional battles in the “security belt” around the NKR. At the worst, in the foothills and mountains, which they, it would seem, should have known like the back of their hand. This should have been accompanied by retaliatory strikes not only against the advancing enemy forces, but also against its most important military targets - the bases aviation and UAVs in the first place.

To say, as many are trying to do today, that Armenia “had nothing to oppose a much better technically equipped enemy” - “Iskander” and “Tochka U”, “Terribly silent” all four months, have never been raised. into the sky, the Su-30SM is not “technical backwardness”. This is the lack of political will and courage in the leadership in Yerevan. I will not undertake to state this for sure, but perhaps the Armenian side had a chance to snatch victory in the current war as well. But for this, literally from the first days of the outbreak of the conflict, it was necessary to act in a completely different way.

Yerevan should have made it clear that the country would fight to the death for every inch of Artsakh's land, considering it its own. To use all the most modern types of weapons at his disposal - aviation, above all. To declare a real, and not an ostentatious mobilization, a true martial law, and not, excuse me, a disgrace, in which in the same Yerevan there are enough young healthy men who can playfully destroy the Prime Minister's residence in revenge for the "shameful peace" lack of efficient personnel.

The Armenian leadership should have immediately decided - or negotiate with Baku at the cost of losing the "security belt", thereby somewhat postponing the war in time and finally begin to prepare for it in real. Either fight with what we have, but fight without trying to hold positions that are obviously unsuitable for defense in modern combat conditions, but counterattack, trying to impose our strategy of war on the enemy. The trouble is that the Armenian army and the NKR forces did not have any strategy, no plan at all - neither defense nor counter-offensive at all. At least from the outside, it looks like that.

What did she lack during the Azerbaijani offensive in the south - along the Iranian border? People, technicians, commanders who are able to make the only correct decision in time and be responsible for it? Many military experts believe that, having successfully counterattacked in this direction, or in the gorge in front of Lachin, the Armenian side could well arrange a "cauldron" for the stretched enemy forces, possibly more than one. After that, there would have been no surrender of Shushi, no final defeat.

By forcing the Azerbaijani troops to suspend the offensive, move to actions to release their own encircled units, and then to the defense, the Armenian army could thwart the plans of Azerbaijan and Turkey regarding a "quick victorious war" and, inflicting unacceptable losses, force them to retreat. In the light of subsequent events, it becomes clear that this would be the maximum attainable success for her. Of course, no one is seriously talking about the "march to Baku". But then there would be no need to sign a humiliating peace, which actually means the disappearance of “free Artsakh”. The absence of defeat is sometimes a victory.