"China's anti-submarine capabilities are weak": the US media said that Taiwan's submarine fleet could prevent the invasion of China 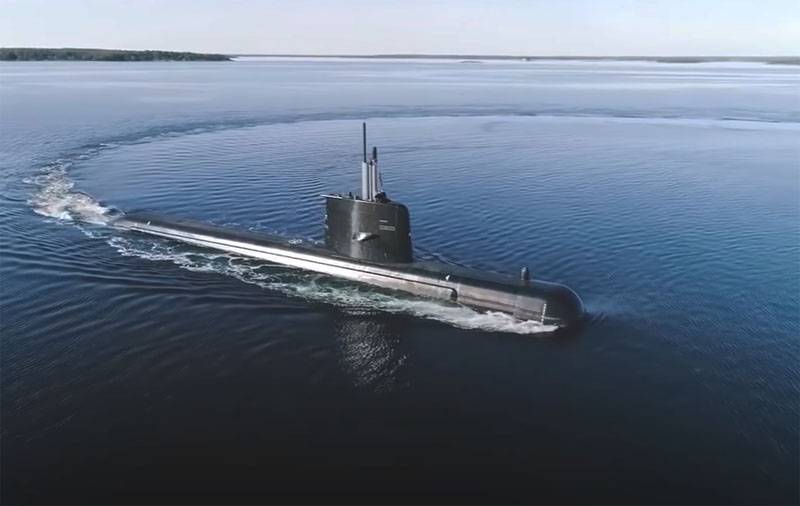 The representative office of the American television channel CNN in Hong Kong comes out with material dedicated to Taiwan's plans to create its own underwater fleet... We will remind that earlier the President of Taiwan Tsai Ing-wen announced a "new historical milestone ":

We will create a modern fleet that will demonstrate the willpower of our republic to the whole world.
According to the plans of the Taiwan authorities, only at the first stage it is planned to create eight submarines, one of which is already being built at a shipyard in Kaohsiung. It is expected that its sea trials will begin in 2025.

Taiwan's advanced submarine fleet could prevent a Chinese invasion, keeping Taiwan safe for decades.
It is noted that the promising submarines of the Taiwanese Navy will become platforms for "stealth weapons". We are talking about low-visibility underwater unmanned vehicles. At the same time, the submarines themselves will be diesel-electric, with a low noise level.

They are said to be powered by "ultra-quiet electric motors" powered by "long-life lithium-ion batteries."

American author in US media:

It will be more convenient for such submarines to resist the Chinese fleet. The anti-submarine capabilities of the PRC are weak, and the acoustic conditions in these very shallow and noisy waters are extremely difficult even for advanced anti-submarine weapons such as those deployed in Japan and the United States.
It is indicated that it is still unknown what parameters the Taiwanese diesel-electric submarines will have, but it points to such a fact as the willingness of the United States to transfer Mark 48 torpedoes to Taipei.
Ctrl Enter
Noticed oshЫbku Highlight text and press. Ctrl + Enter
We are
Reports from the militia of New Russia for 27-28 September 2014 of the yearDecember 2010 years. Russian March. Senseless and merciless? Notes not a Russian person
Military Reviewin Yandex News
Military Reviewin Google News
71 comment
Information
Dear reader, to leave comments on the publication, you must sign in.