Young Hitler: from a beggar dreamer to a preparation for the Fuhrer 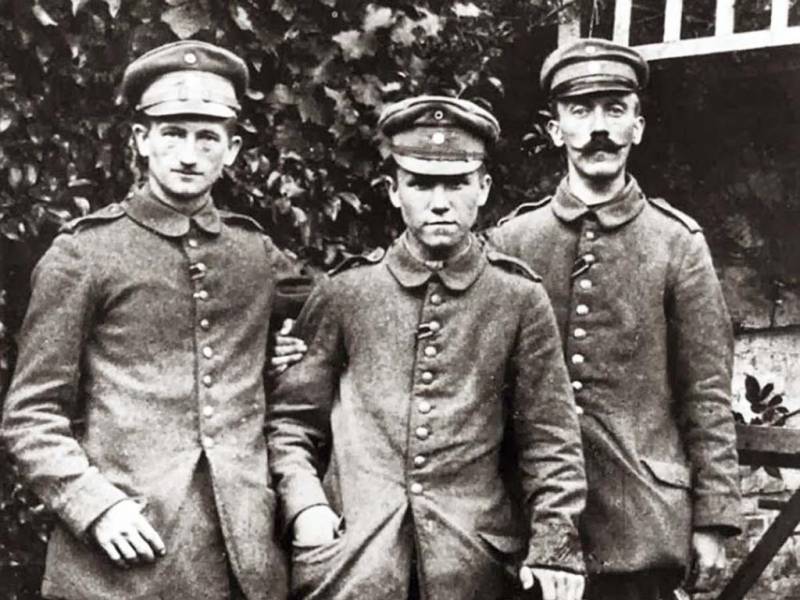 And how well it all started

Born in Austria-Hungary, on the very border with neighboring Germany, Hitler grew up in a very decent family. No, of course, he did not look like a Jewish boy with a violin and only fives. As well as the offspring of a contented and well-fed bourgeois. But the young Adolf seemed to have solid ground - his father (a petty official who diligently serves the state) and his loving mother did not bode well.

But the "bad" still began - the parent died when Hitler was not even fourteen. And, despite the fact that Hitler had a good relationship with his mother, the family began a difficult period. To support her family and have some kind of ground under her feet, Klara Hitler sold the house. Mother, Adolf and his sister moved to a small apartment in the city of Linz - all so that the remaining funds could be deposited in the bank and live on interest. This, of course, was not the existence of well-to-do rentiers - Clara had to economize and approach everything in the highest degree economically. But she did it. 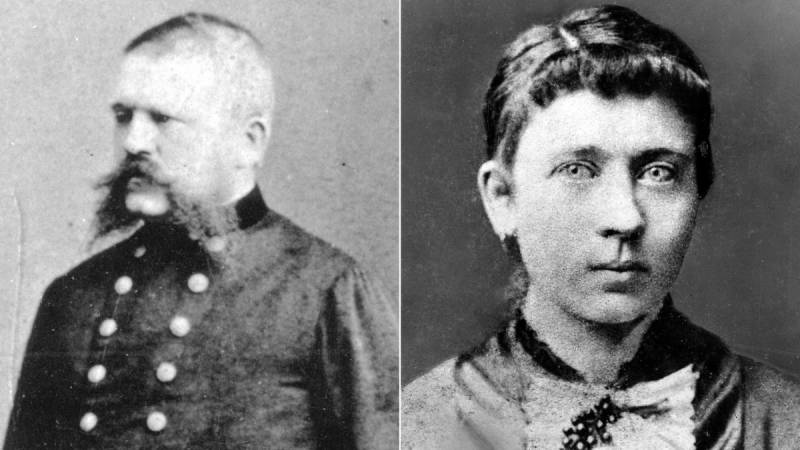 And, nevertheless, this life was still pretty sweet and in some ways even carefree - at least for Adolf. But when in 1907, after a long illness, his mother died, Hitler began a black streak. He loved his parent very much, and lost a lot of nerves - her death became a real tragedy for the young man. True, the pill was a little sweetened by the fact that Adolf was not supposed to have such a bad inheritance, but it was possible to withdraw it from the bank account only at the age of 24.

Therefore, spitting on everything and wishing to no longer see the city associated with difficult experiences, young Hitler headed to the capital Vienna. There he intended to become an artist and conquer, if not the world, then at least the corresponding Academy.

The time of great illusions

The future Fuhrer failed this idea with a truly Stalingrad crash. As in the case of the city on the Volga, unfortunate for Hitler, at first it seemed to him that the goal was quite achievable. The first attempt, made shortly before the death of his mother, almost succeeded - the self-taught Adolf passed the preliminary selection. But the drawing exam was hopelessly overwhelmed - Hitler clearly lacked the level.

Adolf tried to enter again, but then he did not even advance to the exam: this time Hitler did not even pass the qualifying tests.

Here, both the strengths and weaknesses of the future dictator were already revealed. On the one hand, he was confident in himself and tried to realize his plans without hesitation and compromise - it was this trait that would later lead him to dictatorial power. On the other hand, he risked recklessly without thinking over plan "B". And he paid dearly for it.

Hitler came to Vienna with a certain amount of money. He was in no hurry to put them off for a rainy day and, in general, to dispose of them economically. Instead, confident of his future success, Adolf walked around Vienna and made sketches (which is useful) and also attended the opera (which was already quite wasteful) to admire Wagner's plays.

This extravagance, coupled with failures at the Academy, brought the young Hitler to the street - the poor man had nothing to pay for the apartment. I had to spend the night on the benches and stand in line for charity dinners for the poor. All this was extremely humiliating for a young man who was confident in his exclusivity and future success. But there was nothing to do. 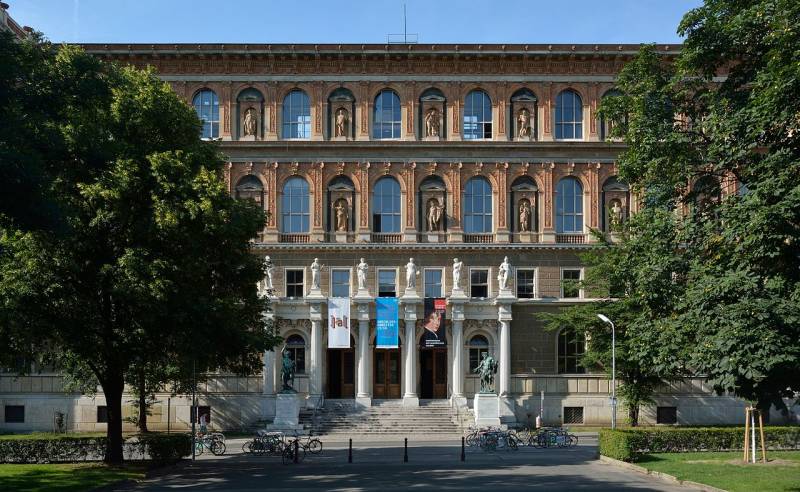 But, fortunately for himself, Hitler found a much more mundane, but practical friend in one of the shelters. After looking at Hitler's sketches, he considered that his level was sufficient to sell Adolf's paintings with city views to all sorts of shops, hotels and framing workshops. Hitler had to paint watercolors, and an enterprising friend had to implement them. Then Adolf still had to acquire the skills of a clever agitator, able to communicate with people. And he gladly agreed - everyone won.

Now Adolf was making some money on a regular basis. Not God knows what, but enough to live in a men's hostel. Conditions were not that bad - Hitler even had a private bedroom. Measuring only 1,5x2 meters, but with electric lighting - he could at least read at night. He painted his paintings in the leisure hall and ate in an inexpensive dining room.

Adolf didn't even go out into the street. He had neither the time nor the money to buy himself normal clothes - what he had on had long been repaired many times, and his boots insistently asked for porridge. The future Fuhrer also did not look very: long hair, clumpy beard growing at random, and a disappointed look.

True, Hitler was already famous among his neighbors for his penchant for sudden, furious monologues about politics. But in those days he had not yet had time to hone the technical, theatrical part and looked more like a lunatic than a devilishly magnetic orator.

But in Adolf, views began to form, some of the outlines of which would later set the tone for National Socialism. For example, he did not like the dominance of Jews in Vienna's theaters. Until the "final solution of the issue" was still far away, and the future Fuhrer was building more peaceful projects.

For example, he assumed that the “theatrical problem” could be solved by raising the cultural level of the Germans - not a handful of urban bohemians and bourgeois, but all at once, including the population of the provinces. Then, they say, the genuine national feeling inherent in people (as Hitler believed) will genetically take its toll, and people, free from fashion trends, will massively begin to go to the Wagner performed by "real Germans". And the question will close by itself. 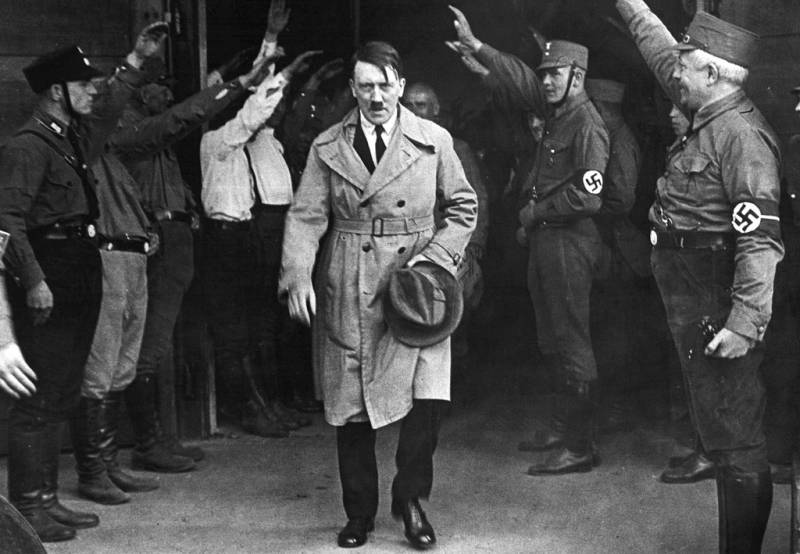 Hitler's political views, which shaped the future of Europe, took shape long before he could muster supporters.

At the beginning of his Vienna journey, Hitler visited the Austro-Hungarian parliament. Any decently dressed person could enter there. Democracy in Europe was then far from its current popularity. And in most monarchies, parliaments, if they were allowed to exist, then in a comical framework ahead of time - so that they could not really decide anything, but at the same time aroused disgust from any outside observer. This worked for Hitler too.

This impression was natural - the regulations, for example, allowed the introduction of extraordinary issues for discussion at any second, and the time for the deputies to speak on these issues was not limited by anything. Therefore, if some party or faction (even if it is in an insignificant minority!) Wanted to disrupt the adoption of a decision, then it was not difficult to do so.

Know yourself, bring in a question and push a meaningless endless speech - the main thing is not to stop for a long time. It was such a powerful technique that individual speeches reached impressive length records - up to 13 hours. The virtuosos of this talking shop still contrived to drink something from a bottle or to refresh themselves with sandwiches taken from home.

Having seen enough of this circus, Hitler came to two conclusions. Firstly, parliamentarism is a burdensome and harmful clowning that does not allow solving a single slightest issue. And secondly, even if he is (so far) in the minority, there are still ways to influence politics - all that is needed is arrogance and pressure. And a democracy vulnerable to such things is perfect for that.

In addition, in the big city, Hitler managed to see enough of the demonstrations of the left forces. National feelings and a sense of his own exclusivity were too strong in him for him to seriously join them. But the future Fuhrer was reeling, watching. He understood that a truly strong movement should be massive - not in the sense of the "majority", but in the sense of being able to mobilize a large number of determined supporters into the streets.

By the way, about national feelings - they were inherent in Hitler since childhood. But it was in multinational Vienna that they got cut and could not fade away. After all, the value of feeling like a German was felt the brighter the more others were around. The presence in the capital of many Slavs and Magyars, who, as it seemed to Hitler, were ready to swallow the German minority, several generations later did not allow these national feelings to dissolve into a calm routine. On the contrary, they were kept in good shape.

On the verge of the collapse of the world

Having lived in the state of a poor artist to the age of 24, Hitler received his inheritance and went to Munich. There he tried to enter an architect, but here too he failed. In old Europe, suspicious, vulnerable and increasingly disillusioned with life, Adolf would never have ascended to political heights. But old Europe was soon to die - although in 1913 this, it would seem, did not bode well.

When the First World War broke out, Hitler immediately enlisted in the army of imperial Germany. Having fought quite bravely, he was demobilized to a completely different world. Europe was crushed by an exhausting conflict - many empires collapsed, and those great powers that somehow survived the war overwhelmed their forces. A mental breakdown struck almost all major nations. One of the few "not broken" was German.

The Germans came out of the First World War with a quality rare for the interwar period - a willingness to throw themselves into this fire again. The reason for this was a specific ending - Germany was defeated, but not on the battlefield, but at the negotiating table. The army did not collapse, did not strip the front, it retreated to Germany in perfect order. Few people knew that the available resources would not have allowed them to hold out for even a year - then it was skillfully hidden. Therefore, when the Germans were suddenly cornered for themselves in the negotiations and received the humiliating and unpleasant Peace of Versailles, they believed in the myth

"Stab in the back"
- that the war was not lost on the battlefield, but in treacherous offices. 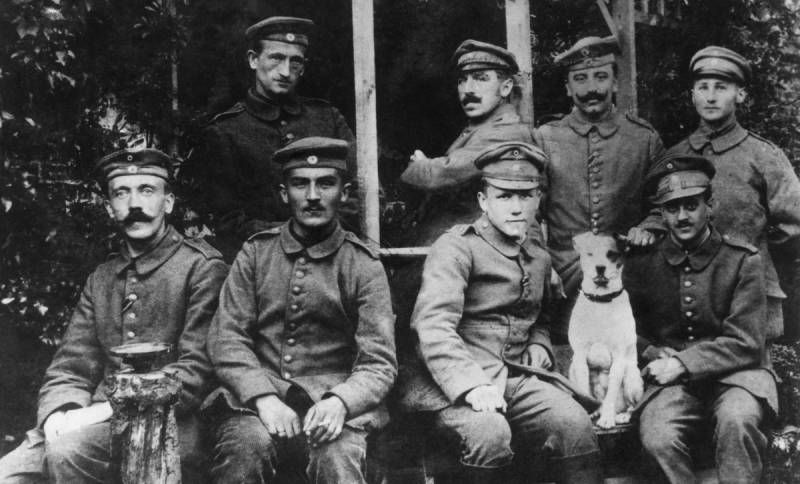 A radical like Hitler, with all his intelligence and resourcefulness, with all his determination and dedication, could come to power only in such an environment. And he got it - the only time in stories Germany.

And when the habits and beliefs formed in youth were formed with the acquired skill for agitation, as well as with the unique situation in Europe, the result surpassed all the wildest expectations.

Seeing as a failure and being just a poor artist, this eccentric type not only charmed millions of Germans, but also broke through to the very heights of state power.