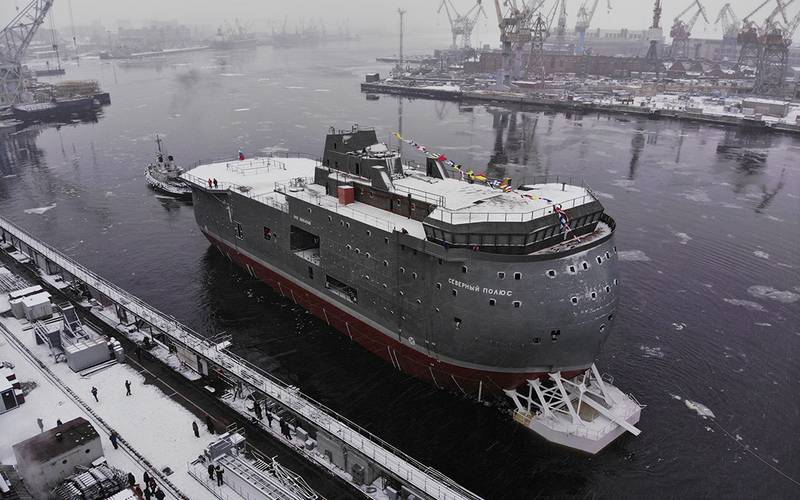 
The ice-resistant self-propelled platform of project 00903 is an all-season research platform with the functionality of a research center. Designed for year-round scientific research in the Arctic Ocean.

The vessel will be able to conduct geological, acoustic, geophysical and oceanographic observations, move in ice without the involvement of an icebreaker, and receive heavy helicopters of the Mi-8AMT (Mi-17) type. Wintering while maintaining comfortable and safe working and living conditions at the polar station is possible at temperatures down to -50 C
- said in the message of the USC.


The construction start ceremony at Admiralty Shipyards was held on December 21, 2018, the platform was officially laid on April 10, 2019. According to the terms of the contract, the vessel was to be handed over to the customer at the end of 2020, but the terms were shifted by two years with commissioning in 2022.

Ctrl Enter
Noticed oshЫbku Highlight text and press. Ctrl + Enter
We are
Laid the keel of the first Soviet-era icebreaker with a capacity of 25 megawattsOfficer diploma deprived of state prestige
Military Reviewin Yandex News
Military Reviewin Google News
140 comments
Information
Dear reader, to leave comments on the publication, you must sign in.