Who was scared of the Pyongyang-Baghdad-Gaza axis 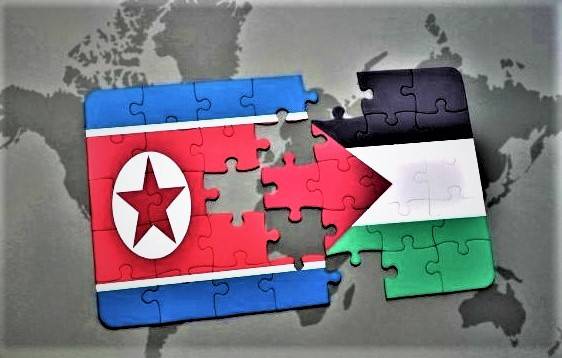 Goodwill of the "dictator"

In modern terms, Saddam Hussein is, of course, a dictator. How really cruel is a moot point, but it was Hussein who, on December 6-7, 1990, released from arrest over 1500 foreign citizens captured by Iraqi troops in Kuwait.

This was done in response to the ultimatum demands of the West, as well as the USSR and most Arab countries. And in a short period from 11 to 14 December, a batch of small arms was re-exported to Iraq through Syria. weapons and anti-tank missiles from North Korea - DPRK.

It turned out to be the last, but the largest. Thus, the DPRK openly confirmed its position as the only official ally of Iraq in the days of the infamous Desert Storm. Let us recall that this operation was carried out in January-February 1991 by the NATO coalition in Iraq. 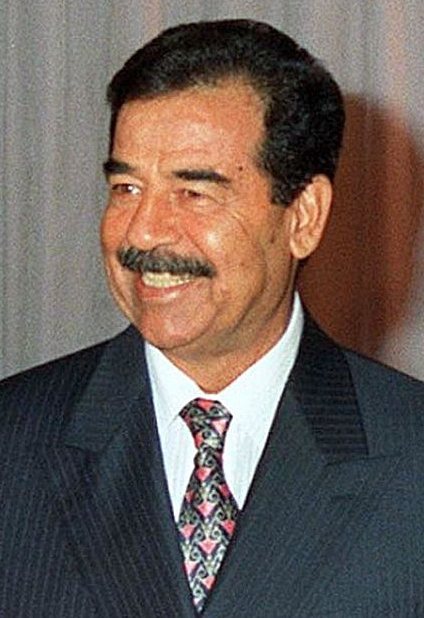 Saddam Hussein hardly smiled when he sent troops into Kuwait
The reasons for it are all too well known, and the direct reason was given by Hussein himself by the occupation of Kuwait in August 1990. At the same time, many historians are increasingly voicing the version that the dictator was cleverly provoked to invade. Well, with the complete absence of evidence that Iraq possesses nuclear weapons, such versions fit together perfectly well.

The DPRK supplied weapons to Iraq, including re-exporting Chinese and Soviet weapons there, starting in the second half of the 1970s. According to a number of sources, at least 60 North Korean specialists have worked at Iraqi military installations since that time. But they were evacuated from there shortly after March 1991.

Most likely, such a deliberate courage of North Korea and its leaders - father and son, and now grandson Kim, was due to the tacit support of North Korean foreign policy from communist China. This also applied, of course, to Iraq.

The tacit policy was only because since the mid-80s, the PRC actually abandoned the idea of ​​"creating ten, one hundred Vietnam" proclaimed by Mao Zedong back in 1967. This was demanded by the increasingly active political and trade relations of the PRC with the West, which ruled out Maoist foreign policy excesses on the part of Beijing.

But the DPRK from the very beginning was and remains a strategic buffer for Beijing. Shielding the PRC from US troops and military bases in Japan and especially in nearby South Korea. Pyongyang's periodic "rattling" of nuclear weapons and their means of delivery is focusing, let's say, Washington's attention on the DPRK.

Well, this, accordingly, no longer allows the United States to exercise greater military and political pressure directly on China. Therefore, back in 1995, when the new China was just beginning to rise, the famous American Sinologist, founder of the Institute of East Asian Studies Robert Scalapino noted that:

In view of Beijing's forced rejection of Mao Zedong's foreign policy postulates, the PRC, through a proven and therefore long-supported ally, North Korea, is carrying out many political and propaganda actions not only in Asia.

How to punish Pyongyang?

But the United States did not dare to punish the DPRK by military means for its alliance with Iraq. For in this case, it would have to directly conflict with China, which is still not included in Washington's plans. It is from the combination of these factors that North Korean arms deliveries to Iraq arise during the reign of Saddam Hussein.

Saddam Hussein purchased from the DPRK more than 20 launchers and about 150 missiles for them. The use of these missiles during the coalition war in the Gulf is well known. They also flew to Israel. Enhanced by Baghdad under the name Al-Hussein, these missiles were Iraq's longest-range weapons.
According to The Military Balance, during Desert Storm "there were at least 50 Al-Hussein missiles and at least 6 of their launchers." However, for obvious reasons, S. Hussein did not dare to use North Korean missiles more actively during the short war with the NATO coalition.

Meanwhile, the North Korean medium-range ballistic missile Scud-C (Scud-Sea) appeared as a result of the next modernization of the Scud-B ballistic missile. More precisely, after Iran transferred to North Korea in 1987 the wreckage of the aforementioned Iraqi Al-Hussein, which was used by Iraq in the war with Iran.

In addition, with the use of Iraqi technology and with the participation of Chinese specialists, the DPRK created an improved version of the Scud-Sea in 1989. After tests in 1989-1990. she was put into service. The accuracy of hitting the target is 700-1000 m. These missiles were the main ones in missile deliveries from the DPRK to Iraq.

It is characteristic that the military-technical cooperation of Iraq with the DPRK continued even after Pyongyang, quite unexpectedly, supported Iran in its war with Iraq.

As noted by the Russian political scientist A. Panin:

Having declared his neutrality at the beginning of the conflict, Kim Il Sung actually sided with Tehran, supplying him with weapons in exchange for oil. This led to the fact that Iraq broke off diplomatic relations with the DPRK. Pyongyang has established close political, economic and military ties with Iran and maintained an active exchange of delegations with Tehran. Trade between the two countries has grown markedly: $ 350 million in 1982. 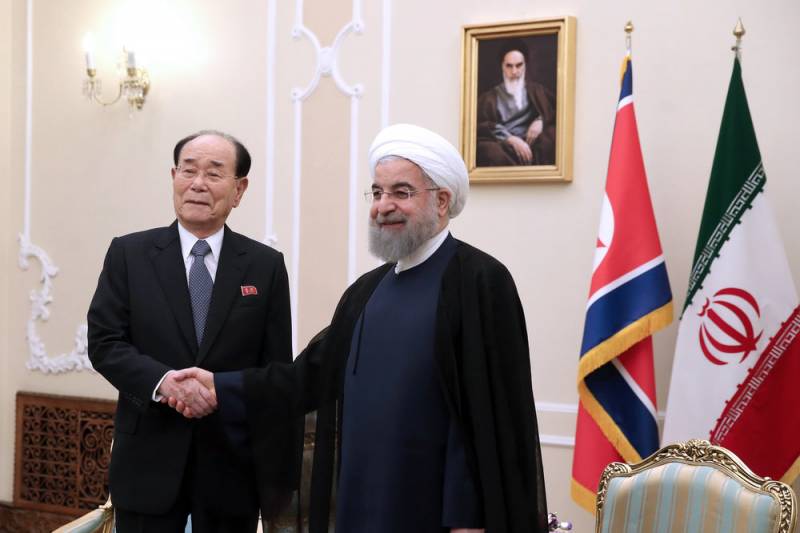 Iranian President Hassan Rouhani and President of the Supreme People's Assembly of the DPRK Ki Yong Nam
Typical data on this matter are cited in the "Marxist-Leninist Organization of Iraq," adoring Stalin and Mao. It separated from the pro-Soviet Communist Party of Iraq only in 1967 and still remains illegal in Iraq.

Its experts wrote that the DPRK repeated the policy of the USSR, "which supplied weapons to both Tehran and Baghdad during the Iran-Iraq war." But at the same time, the North Koreans badly needed foreign currency - in contrast to the USSR, which "pursued a double-dealing policy in the Iranian-Iraqi war in spite of the existing Soviet-Iraqi Treaty" On Friendship and Cooperation "of 1972 for a period of 15 years."

The Soviet Union was disadvantaged by "a powerful, potentially possible anti-American alliance between Iran and Iraq, not subject to Soviet revisionists" (Bulletin of the Iraqi People's Revolution, October 2010). Pyongyang's support for Saddam Hussein, revived at the turn of the 80s and 90s, was expressed in the fact that in March 2003 Kim Jong Il offered political asylum to Iraqi President Saddam Hussein and his family in the mountains in the north of the country.

According to the South China Morning Post (March 3, 2003), this step could not only, but by all logic should have been agreed with Beijing:

To convey to S. Hussein information about the readiness of the North Korean authorities to provide him with asylum in that region of the country was entrusted to the Hong Kong billionaire Stanley Ho Hong-Sun, who owned a network of casinos and gambling houses in the South China Special Region (Portuguese until 2001) Aomin and nearby enterprises in the DPRK. Which he did.
However, Saddam Hussein refused. The North Korean side, like the businessman himself, did not refute the information of the South China Morning Post. The PRC did not react to it either. In other words, Pyongyang, it seems, supported Saddam Hussein, not without approval from Beijing, until his overthrow by NATO forces in April 2003 ...

"We won't take our pants off" in front of the states 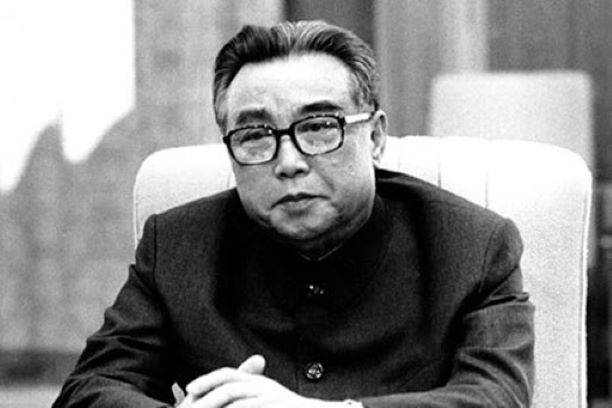 Comrade Kim Il Sung was not afraid of anyone or anything
However, the Korean, or rather, the Democratic People's Republic of Korea has survived to this day. What Kim Il Sung predicted back in April 1992:

We have not taken off and will never take off our trousers before American imperialism. Let them not hope that they will get here the same as in Eastern Europe, Iraq, Libya. It will not happen.
It is obvious that without Beijing's direct support, such a literal forecast from Pyongyang could hardly have been voiced ...

And the Iranian-Iraqi contradictions, the apogee of which was the war of 1980-1988, did not at all interfere with the cooperation of the special services of both Tehran and Baghdad in operations against Israel. This was combined with active, even aggressive, to the best of their capabilities, support for the radical anti-Israeli groups of the Arabs of Palestine.

That is why it is not surprising that, for example, the North Korean missiles with which these groups fired at Israel came to those groups (via Syria) from both Iraq and Iran. Even during the Iran-Iraq war. After the overthrow of Saddam Hussein in Iraq, Iran took over a kind of "baton" of support for the same groups and a kind of military-political axis that linked Pyongyang with Gaza.

And Iran's military-technical cooperation with North Korea has now become as active as it was between Baghdad and Pyongyang during the “Saddam” period, when the Pyongyang-Baghdad-Gaza axis was a reality. So the DPRK's "presence" in the seemingly distant Middle East region remains. That would have been impossible today without the go-ahead from Beijing ...