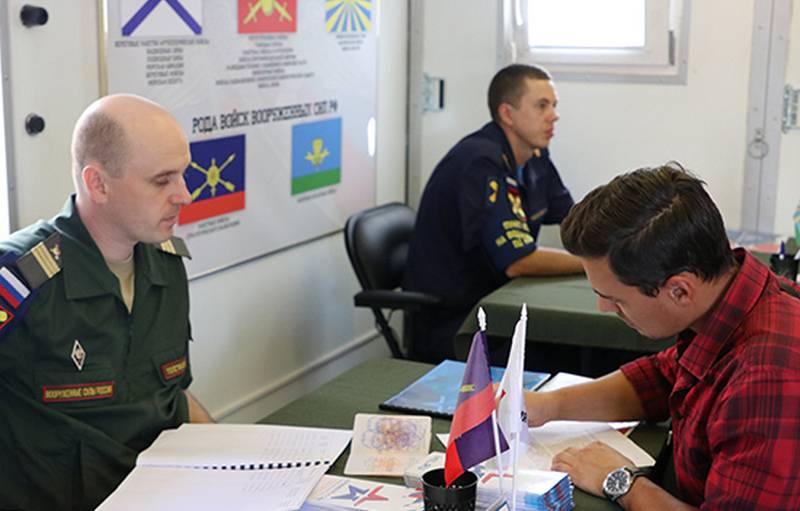 The Ministry of Defense intends to increase the number of contractors in the Russian army to almost 500 thousand people. State Secretary, Deputy Minister of Defense of the Russian Federation Nikolai Pankov spoke about this in an interview with the Krasnaya Zvezda newspaper.

Our ultimate goal is to staff about 500 thousand military positions of soldiers, sergeants and warrant officers with professional personnel.
- added the deputy minister.

According to the Ministry of Defense, the positions of sergeants, crews of submarines and surface ships serving in the far sea zone, peacekeeping units, and special-purpose units are fully staffed with contract servicemen. Most of the drivers and snipers are also contractors.

The Ministry of Defense is gradually reducing the number of conscripts, replacing them with contract servicemen, but does not plan to completely abandon the call, leaving a mixed recruitment option.

The number of the Russian Armed Forces established by the decree of the President of Russia of 2017 is 1 million 902 thousand 758 people. Of these, 1 million 13 thousand 628 are military personnel, the rest are civilian personnel.
Ctrl Enter
Noticed oshЫbku Highlight text and press. Ctrl + Enter
We are
Kontraktniki in the phase of filtration. Defense Ministry gets rid of personnel ballastRussian Defense Ministry: the number of contractors in the Armed Forces for the first time exceeded the number of recruits
Military Reviewin Yandex News
Military Reviewin Google News
66 comments
Ad