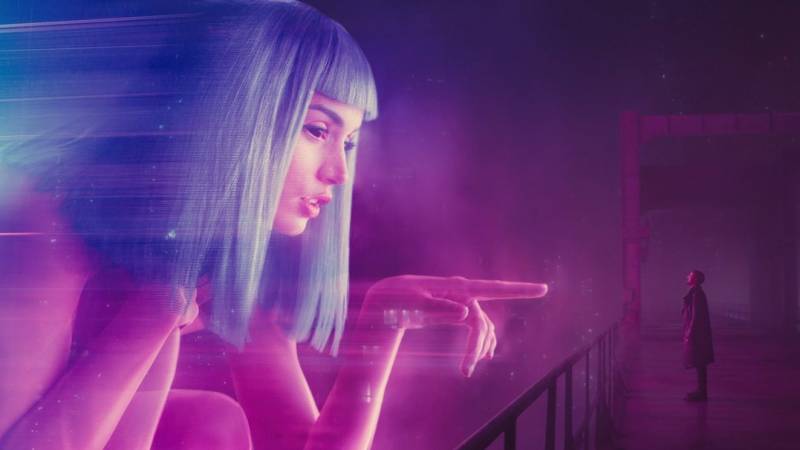 The old world - the capitalist one - is dying before our eyes. His agony will be terrible. But the new world that will replace it will be even worse and tougher than the world of capitalism during its crises (world wars). In fact, we are talking about neo-feudalism, the neo-medieval and new Dark Ages.

The fact is that the rapid development of human civilization in the XNUMXth century gave rise to an irreconcilable contradiction: the management system (subsystem) was unable to cope with such a too complex and dynamically developing object (human civilization). This forced the ruling elite of the Western world, like the Soviet Union, to follow the path of simplification, degradation of an overly complex system.

There was an exit in 1960-1970. This is a breakthrough into the future, space expansion, the victory of socialism and, in the long term, communism on the planet (How the Soviet Union missed the opportunity for a great new breakthrough). But the elites, both Western and Soviet, turned out to be psychologically unprepared for the world of the “beautiful distant”.

They preferred to simplify the system. Under the guise of beautiful slogans about the market, freedom and democracy, the complex model of Soviet civilization was primitivized. Up to the comprador-oligarchic, peripheral-raw material, colonial model of capitalism. Almost the whole world followed the USSR and the social bloc (with the exception of China).

Amid beautiful talk about a new technological revolution, the global elite signed their own managerial insolvency. And she took a simple path - vulgarization, degradation, involution of humanity.

The current "pandemic" is one of the tools for this simplification of the world. In particular, someone must pay for all wars. The Great Depression 2.0, which is already considered more powerful and dangerous than the first one in the late 1920s and 1930s, is leading to the elimination of the world's middle class.

The middle class flourished in the framework of the existence of two systems, the presence of the USSR. The masters of the West had to create and maintain a beautiful "signboard of capitalism", the basis of which was this class. To prevent the poor from simply demolishing the power of capital, a stratum (middle class) was needed as a visible opportunity to achieve prosperity through hard work and their talents.

After the collapse of the USSR, the middle class was no longer needed. Everything began to return to the traditional model of Western slavery: masters - slaves / servants / serfs. The current global crisis will hit the middle class. Various speeches (including against the brutal prohibitive policy in the fight against the "virus") in France, Germany, Poland, Bulgaria, USA, etc., all this is the agony of the middle class.

The former highest value of Western democracy, the middle class, is to be liquidated. Like other achievements of democracy - the rights and freedoms of citizens. First, they were abolished under the slogans of fighting "international terrorism" (which the Western intelligence services themselves nurtured). Now the new toy is "pandemic". Next in line are nation states, which are simply not needed in the era of neo-feudalism. Their place will be taken by huge corporations, TNCs and TNBs.

The middle class and the strata that tried to break out “into the people” are rapidly becoming poorer all over the world and will continue to go poor. The rich get richer.

In particular, while Russian pensioners are counting pennies for bread and milk, and in housing and communal services, oligarchs are buying new yachts comparable in cost to first-class warships. Society is turning into a huge sea of ​​the poor, of varying degrees (from the homeless and the poor to the public sector employees who are completely dependent on handouts from the state), and a meager number of the very rich and super-rich.

The control system is being transformed accordingly. There is no more sense in playing democracy. Economic patterns of consumption are also changing. The old consumer society will be destroyed. Access to benefits and resources will depend on belonging to a particular social caste.

The problem of the ecological catastrophe caused by the unrestrained consumption of people turned into consumers will be solved together with the "excess", "excess" population. Obviously, these "rebuilders" will try to cut off the majority of humanity (primarily the elderly) from the future.

Abandoning development and betting on simplification

It is clear that the old world will not go away so easily. Dying capitalism will try to take with it a significant part of humanity. The process will be long and painful. Obviously, it will take more than one decade. Therefore, the hopes of ordinary people that only the "damned 2020" is so bad are in vain. It will be even more fun further.

In the 1950-1960s, the masters of the West saw that the rapid scientific, technical and industrial development of mankind was leading to the historical defeat of the Western world. The Western elite will lose their status.

Scientists, designers and other creators will push bankers and speculative financiers to the sidelines. Therefore, from the turn of 1960-1970, scientific and technological progress began to slow down. Hence the curtailment of the programs for the exploration of the Moon and Mars.

At the same time, a new ideology of fascism and social Darwinism was born - the ecologism of the Western elites, which has now grown to "green madness". When the “greens” are ready to destroy the foundations of industry and agriculture (which will endanger the lives of hundreds of millions of people), but “save” the planet. People came to be seen as a "virus" that kills the biosphere.

Moscow in the 1960s supported this trend. The Soviet elite was frightened by the thrust into the future that Stalinist Russia was aiming at. Hence the de-Stalinization, the course towards cooperation with the West and subsequent integration into the world system. Moscow refuses to fight for the victory of socialism on the planet. The stake is on convergence - the convergence of two systems. In fact, the West will end up simply devouring the "Soviet cat Leopold," who refused to catch mice.

That is, the Stalinist model (mobilization and relying on advanced technologies, a breakthrough into the future, a society of knowledge, service and creation) is being replaced by a stagnant-degradative model (cooperation with the West, integration into the world market, development of a consumer society). The result is the collapse of Soviet civilization, the total robbery of Russian wealth, which continues to this day. Extinction of the Russian people and other indigenous peoples of the domestic ecosystem. Because they did not fit into the "market".

Thus, at the turn of the 1960s – 1970s, degradation and simplification of humanity began. The destruction of traditional forms and institutions begins - the national state, civil society, science and education, the family, etc.

Both Soviet and late capitalist societies were more complex than existing management systems. Previously, control systems were more polysyllabic than an object (society). This allowed the elite to maintain power, position and property. The upper classes have always had organizational, cultural, educational and scientific and technical superiority over the lower classes - from the priests of Ancient Egypt to the nobles during the period of classical feudalism.

In the XNUMXth century, the situation has changed. The industrial, scientific, technological and educational revolution has made engineers, highly skilled workers and teachers equal to the traditional elite. At the same time, constant progress constantly raised the socio-educational level of society.

This has become a threat to the global elite. And she deliberately went to the degradation of society. For a stupid person to be able to control the crowd, the controlled bottom must be much dumber. At the same time, the leaders themselves have also undergone transformation. Compare the level of managers in the 1920s – 1940s (Stalin, Hitler, Roosevelt) and the 1990–2000s (Gorbachev, Yeltsin, Clinton, Macron, Johnson, Biden, etc.).

Therefore, the West carried out a revolution of "sex-rock-drugs", followed the path of dismantling the education system in order to get consumers-slaves at the exit. Normal classical education was left only for elite schools and universities. After the collapse of the USSR, we did the same.

In perspective, it turns out, as in the novel Brave New World by O. Huxley. And even cooler.

And, of course, the total immersion of everyone in a surrogate substitute for natural social communication (social networks, instant messengers, etc.) specially created for crowds is a global distance.

A kind of our new wondrous virtual world.

Ctrl Enter
Noticed oshЫbku Highlight text and press. Ctrl + Enter
We are
The world we leave, the world we enter, and the world between themAbout Stalin and Khrushchev
Military Reviewin Yandex News
Military Reviewin Google News
196 comments
Information
Dear reader, to leave comments on the publication, you must sign in.