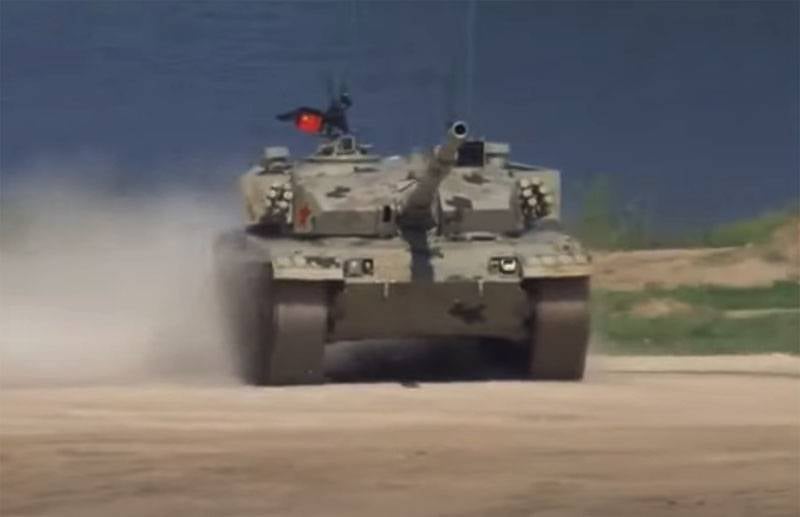 The Hong Kong edition of SCMP publishes material that tells about the likely direct military confrontation between China and Taiwan. It should be recalled that Beijing considers the island to be an integral part of the People's Republic of China.


Columnist Minnie Chan said that the Chinese army is now considering the actual inevitability of street fighting in the event of a landing in Taiwan.

The PLA is already testing its Tanks in simulated street battles for Taiwan, which are still being modeled in a computer version. In this case, Taiwan has a definite advantage over the PLA. It consists in the fact that the island's army, by definition, is better acquainted with the complex geography of the island.
In China, as noted, a simulation of street battles in Taiwan was carried out using Type 96A tanks. The use of Type 04 (ZBD-24) amphibious infantry fighting vehicles is also modeled. One of the brigades of the 72nd PLA Army, which is based in Zhejiang province, was involved in such exercises.

In a simulation scenario, 230 troops supported by 30 tanks and infantry fighting vehicles formed a red team to represent the PLA attempting to attack a city complex defended by a blue team of 70 soldiers and six tanks.
It is said that the red team ended up taking the city in less than three hours. This required the destruction of the main roadblocks and minefields.

The exercises are typical maneuvers simulating a conflict between the PLA and its likely Taiwanese adversaries.

Light tanks are capable of traversing rivers and hills, but overall Taiwan's landscape is very difficult. In real battles, the PLA on the island can have serious problems.
The information about the simulation is confirmed by some "central" Chinese media.
Ctrl Enter
Noticed oshЫbku Highlight text and press. Ctrl + Enter
We are
Reports from the militia of New Russia for 27-28 September 2014 of the yearYuri Drozdov: Russia prepared the role of the sacrificial calf
Military Reviewin Yandex News
Military Reviewin Google News
45 comments
Information
Dear reader, to leave comments on the publication, you must sign in.