Vladimir Putin: We have the most open electoral system in the world 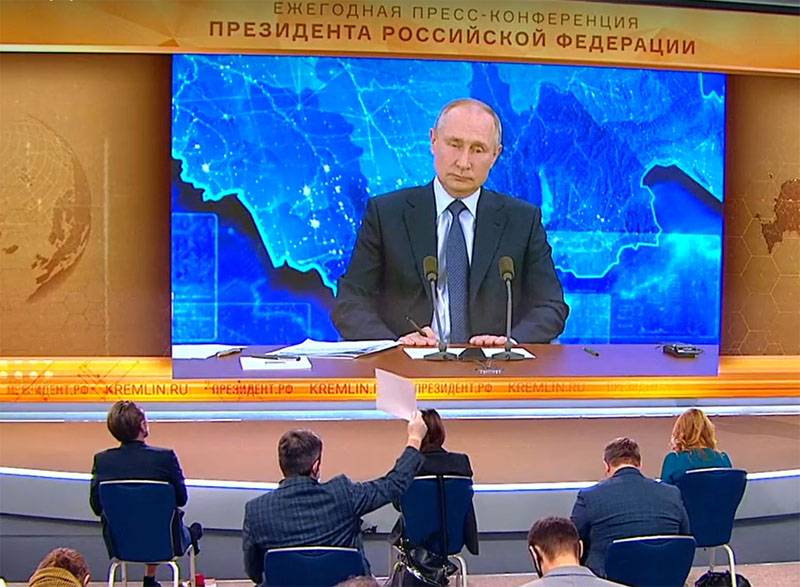 
The President noted that interference in the Russian elections from foreign countries, at least attempts of such interference, are carried out constantly.

When asked whether it’s time for the “old parties of the systemic opposition” to make room for others, President Putin responded with his usual statement that the Russian voter would decide who to choose.

Putin called the Russian electoral system the most open system in the world. The president:

In a number of American states, polling stations are generally closed from observers.
The American media, where they follow the course of the direct line of the Russian president, immediately reacted to these words of Vladimir Putin.

There were statements that "Putin again mentioned the American electoral system not from the best side." It is noted that "Putin, with such a statement, clearly casts doubt on the results of the presidential elections in the United States."

At the same time, the president himself did not say anything like that. In addition, a couple of days ago, Putin sent, as you know, congratulations to Joe Biden - after the electoral vote, which determined the victory of the Republican candidate.
Ctrl Enter
Noticed oshЫbku Highlight text and press. Ctrl + Enter
We are
Reports from the militia of New Russia for 27-28 September 2014 of the yearInterview of Vladimir Putin with Radio Europe-1 and TF1
Military Reviewin Yandex News
Military Reviewin Google News
201 comment
Information
Dear reader, to leave comments on the publication, you must sign in.