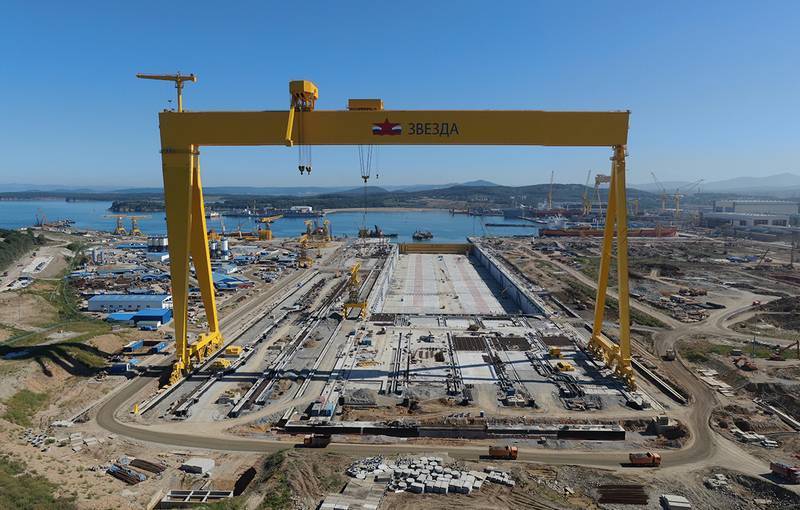 Far East shipbuilding complex "Zvezda" in Bolshoy Kamen received a license to build nuclear-powered ships. This is stated in the message of the press service of Rosneft.


As the company explained, this license is required for the construction of Project 10510 Leader nuclear icebreakers.

The Zvezda shipbuilding complex received a license to build nuclear-powered ships in accordance with the norms in force in the Russian Federation. The shipyard has successfully passed the checks of the Interregional Territorial Administration for Siberia and the Far East of the Federal Service for Environmental, Technological and Nuclear Supervision
- said in a statement.

Ctrl Enter
Noticed oshЫbku Highlight text and press. Ctrl + Enter
We are
The construction of the lead icebreaker of project 10510 Leader has begun at SSK ZvezdaLaid the keel of the first Soviet-era icebreaker with a capacity of 25 megawatts
Military Reviewin Yandex News
Military Reviewin Google News
28 comments
Information
Dear reader, to leave comments on the publication, you must sign in.