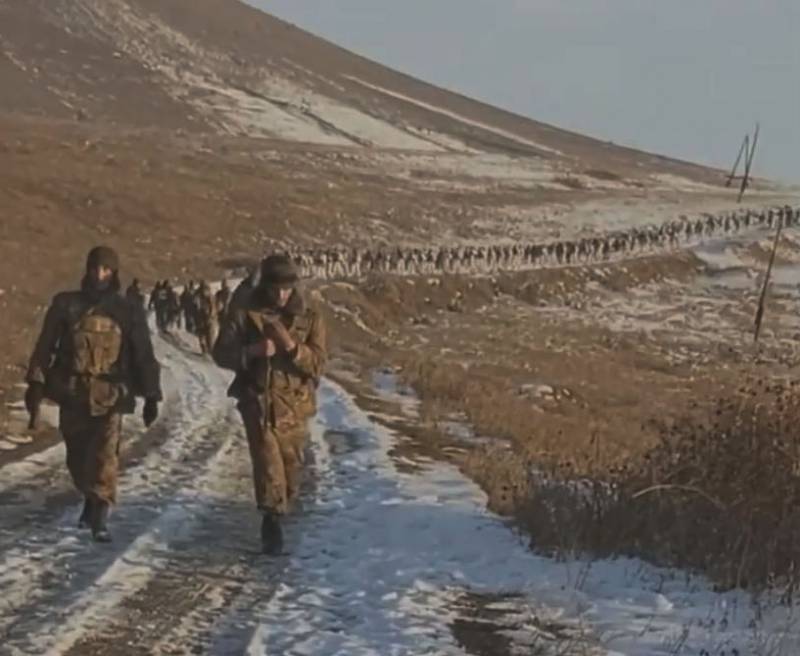 The Armenian Defense Ministry commented on the information about the withdrawal of Armenian servicemen from the villages of Khtsaberd and Khin Taher of the Hadrut region. We are talking about dozens of soldiers who were surrounded by Azerbaijan. Earlier, the Ministry of Defense of the unrecognized Nagorno-Karabakh Republic reported that communication with the posts in the area of ​​the mentioned settlements was lost, and at least a hundred servicemen were reported missing.


According to the statement of the Armenian defense department, the information about the withdrawal of military personnel from the encirclement corresponds to reality. The ministry says that this happened with the direct participation of the Russian peacekeeping contingent:

... and with the direct mediation of the commander of the Russian peacekeeping contingent, Lieutenant General Rustam Muradov.
Previously, the video was distributed and it was assumed that it was the very Armenian military who fell into the Azerbaijani encirclement.

A few days earlier, the Armenian Prime Minister Nikol Pashinyan announced that the Azerbaijani military had occupied the village of Khin Takher, which contradicts the agreements that were reached on November 9.

In all likelihood, the servicemen of this particular unit were captured on a video published by the Azerbaijani military. pic.twitter.com/8rK3W8O8fm

Ctrl Enter
Noticed oshЫbku Highlight text and press. Ctrl + Enter
We are
Armenia announced a new offensive of the Azerbaijani army in KarabakhReports from the militia of New Russia for 27-28 September 2014 of the year
Military Reviewin Yandex News
Military Reviewin Google News
77 comments
Information
Dear reader, to leave comments on the publication, you must sign in.