Tighten the nuts, answer for the words! 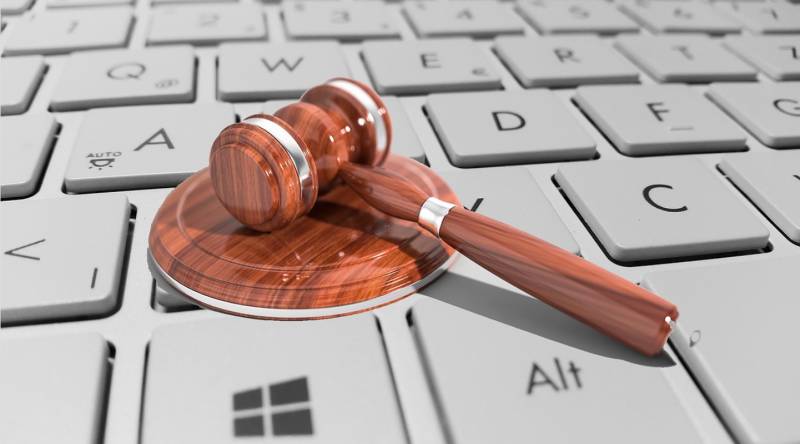 Wait! Deputy Dmitry Vyatkin submitted a proposal to the State Duma to amend Article 128.1 of the RF Criminal Code. The proposal is not just like that, but in the rank of a bill.

And if this bill is adopted (and for some reason I am sure they will), for libel on the Internet there will be a fine of up to 1 million rubles or imprisonment up to two years.

The bill has been published in the electronic database of the State Duma of the Russian Federation. So who cares - everything is there.

"Dissemination of deliberately false information, discrediting the honor and dignity of another person or undermining his reputation",
will, according to the initiative, be punished with a fine of up to 500 thousand rubles or in the amount of the wage or other income of the convicted person for a period of up to 6 months, or compulsory labor for a period of up to 160 hours.

Sounds impressive, doesn't it? How do you like this:


This is, let's say, a clarification. Go ahead.

The use of official position, as I understand it, applies to media representatives as well.

“For slander that a person suffers from a disease that poses a danger to others, there will be a fine of up to 3 million rubles or in the amount of the wages or other income of the convicted person for a period of up to 3 years, or compulsory labor for up to 400 hours, or forced labor for up to 4 years, or by arrest for a period of 3 months to 6 months, or by imprisonment up to 4 years. "


An interesting addition. Especially in our time of coronavirus and other delights.

“Slander, combined with the accusation of a person of committing a crime against sexual inviolability and sexual freedom of the person, or of a grave or especially grave crime, is punishable by a fine of up to five million rubles or in the amount of the convicted person's salary or other income for a period of up to three years, or up to four hundred and eighty hours, either by forced labor for up to five years, or by arrest for a period of four months to six months, or by imprisonment for up to five years. "

What can be said about this?

The question is not even how they will be punished. This is the third question. Second question: "Whom?" And the first one: "Who?" Very, very much depends on the answers to these questions. Including the future of our Internet.

In general, it is already possible to understand that the Internet, where there was such freedom that, as they say, they could easily send somewhere, this Internet is gradually disappearing into history... And not far off is the moment when, in order to express your opinion openly, you will have to introduce yourself in full, and not as anyone.

But so far there is more than enough slander on the Internet. And you definitely need to do something about it.

Old-timers won't let you lie, there was such a Scooper on our website. He taught everyone to live by talking about his business and how much he pays taxes and in what luxurious penthouse he lives. But when he finally got to us, it turned out almost “by accident” that his “penthouse” was an apartment on the fifth floor of the Khrushchev building on Zeleny Prospekt. Well, it was about the same with his business. Lies, in a word. And so Sanker disappeared for good.

But lying to oneself in our country is not yet prohibited, if you do it without crossing certain boundaries. Do not paint awards, etc. But slandering about others will gradually have to be weaned.

It is clear that not everyone will like this, but what to do? Again, I won't go far for examples. We have a libel lover too. You all know him, a man with a thousand reincarnations, "Meehan", he is Vitaly in the world. Here, in terms of the new law, it will not be very nice, on occasion.

Vitaly is very fond of telling stories about other people. In fairy tales, these truths are completely absent, but Vitaly really likes the spread of completely unsubstantiated inventions. And there are people who "plus" it, lovers of "fried" content.

Perhaps this is just the way out. Although it looks very Russian: huge fines, criminal penalties ...

The examples given are particulars.

Being polite is cheaper

But in fact, in our country everything can happen quite the opposite. That is, everything will depend on who and how will implement this law. Agree, slander is a very, very delicate matter. And it is just necessary to investigate each case not like, say, theft. If only because it is possible to slander a person out of ignorance, or because of the wrong interpretation of facts.

Another question: won't the new law just become a way to settle scores between those who can afford it and those who stepped on their sore spot?

Here, as an example, we can cite all the same Rogozin, who is now actively suing several media outlets, who called him "the gravedigger of Russian cosmonautics."

And in the light of the new law, if it were adopted, Rogozin's opponents have not very flattering prospects. In reality, the word "gravedigger", spoken about Rogozin, is not so much slander as allegory. But alas, now for this it will be possible to easily run into huge fines: after all, Rogozin did not really dig a grave for astronautics. And he did not bury it. So here, as they say, there are options.

By the way, we also have a lot of "hot" guys on our site who are capable of original statements. Now usually everything ends with a warning, maximum - a ban for a week, but then ...

You know, it will be difficult to resist the temptation of someone who calls you “feeding from the hands of the State Department”, “receiving a salary from ...” (there are many options) and so on. All this will be slander. And even anonymizers, alas, will not protect your anonymity if someone wants to.

So, given our laws, and especially their implementation, it is worth gradually gaining culture. Honestly, it won't hurt. Or maybe he will also save money.

But what really pleases on the site is that this year a huge number of people were registered, indicating their first and last names in the registration. This is also an indicator of openness.

In general, the law is law, and of course they will pass it. How it will be executed - we'll see.

But all the same, you must gradually accustom yourself to write culturally and humanly. Respecting worthy opponents.

Well, it's worth carefully studying the new article on defamation. Just in case.

In our country, the case is different ...

Ctrl Enter
Noticed oshЫbku Highlight text and press. Ctrl + Enter
We are
What you didn't want to know about EnglandReading the Criminal Code
Military Reviewin Yandex News
Military Reviewin Google News
494 comments
Information
Dear reader, to leave comments on the publication, you must sign in.