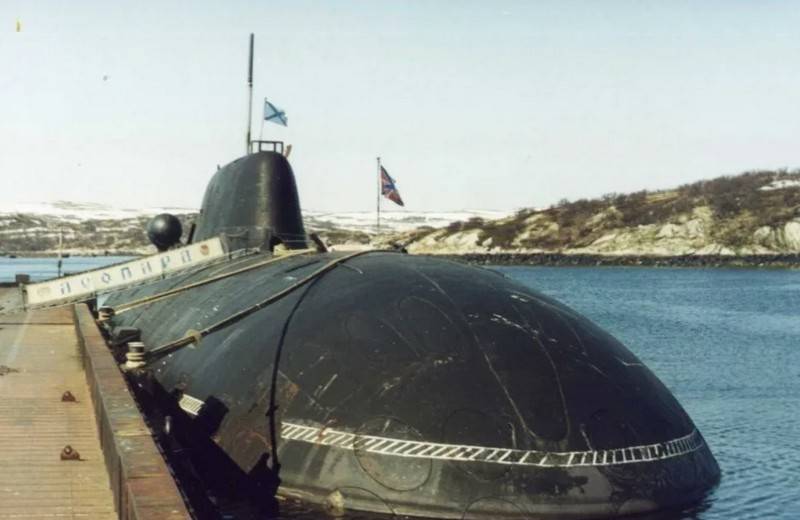 The Northern Fleet will soon receive the project 971 (Schuka-B) nuclear submarine Leopard, which has undergone repair and modernization. According to TASS, citing a source in the shipbuilding industry, the submarine will be launched at the Zvezdochka Ship Repair Center (CS) on December 25.

According to the interlocutor of the news agency, the nuclear submarine Leopard, which has undergone repair and modernization, will be taken out of the boathouse "under the herringbone."

The nuclear submarine "Leopard" after the completion of the repair and modernization will be withdrawn from the boathouse "under the herringbone" - December 25 this year
- leads TASS source words.

Multipurpose Submarine of the North fleet K-328 Leopard arrived at Zvezdochka at the end of June 2011. In May 2012, the ship was placed in a boathouse and equipment dismantling began on it. In 2014, it was reported about plans to complete work on the submarine in 2015, but the work initially went behind schedule due to a delay in documentation from the designer of the SPMBM "Malachite".

Details of the modernization were not reported, it is known that a number of onboard systems were changed on the nuclear submarine. In addition, the Leopard became the carrier of the Kalibr cruise missiles instead of the RK-55 Granat. The submarine's torpedo tubes have been redesigned for launching a new cruise missile.

It is part of the 24th "Animal Division" of the Northern Fleet of the Navy. In addition to the Leopard, the division also includes the Tiger, Vepr, Panther, Wolf, and Cheetah submarines.
Ctrl Enter
Noticed oshЫbku Highlight text and press. Ctrl + Enter
We are
Upgraded Leopard nuclear submarine will be handed over to the fleet in 2015The ground phase of the repair of the atomic submarine "Verkhoturye" is completed
Military Reviewin Yandex News
Military Reviewin Google News
25 comments
Information
Dear reader, to leave comments on the publication, you must sign in.