Oil in 2021: Russia will leave OPEC in the black 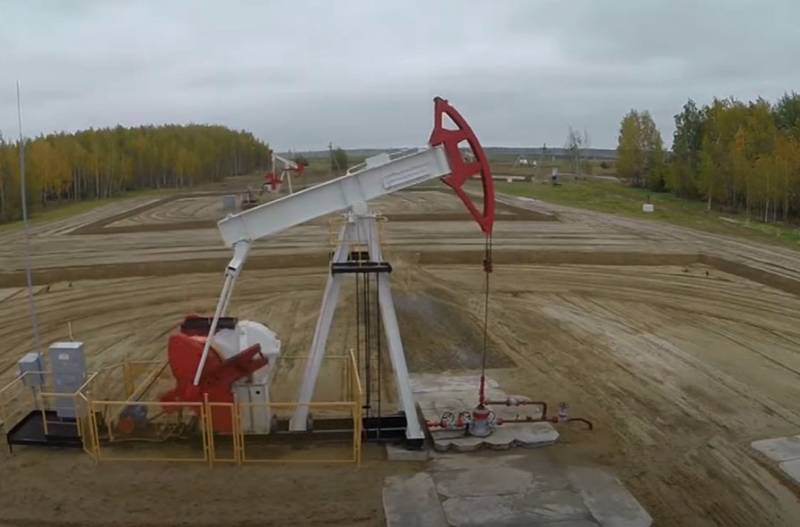 Who, where and how much

Judging by all the signs, the forthcoming cut in oil production quotas from January, included in the OPEC + deal, may be postponed. But there is no talk of a complete cancellation yet. Most likely, the restriction will be reduced from the current 7,7 million barrels per day to 5,8.

If the oil-producing countries still remove these two million daily barrels from the quota, they will no longer have to persuade the whole world for a long time and persistently that no oil shortage will happen by definition. On the other hand, since the OPEC countries control less than half of the oil produced in the world, one should not be particularly afraid of diktat on their part.

More dangerous at the present time is the threat of the OPEC exit from the deal (plus, two pluses, or how many pluses are there?) Of countries such as the United States, followed by Mexico and Canada. Not to mention Russia - without it, an agreement in general can lose all meaning and all its attractiveness.

This is not the first time that OPEC countries have made transparent hints that their hands are free. Appealing at the same time, first of all, to its advantage of low costs for the production of a barrel of oil (from 1 to 3 dollars in the Gulf countries). However, the sheikhs seem to have completely exhausted all the possibilities to manipulate prices by decreasing or increasing production.

The spring small oil war with Russia (which was by no means victorious for either one or the other) confirmed this once again. Russia has stood without debt under the pressure of those who are not only greedy, but for some reason also found themselves without an airbag. And then there was China, somehow, too in time to declare its readiness to buy oil for a cheap price in Russia - to replenish the state reserve.

The first wave of coronavirus in Europe was slightly steeper than the current second. But in China, it even came to real fears of accepting oil tankers from the East. Russia, too, was far from ready to drive everything through the pipe, nevertheless ... 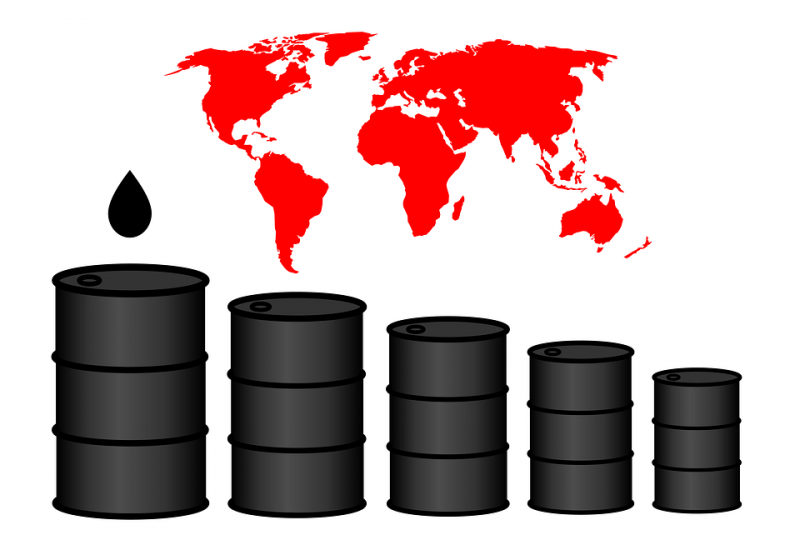 "The cartel no longer controls prices."

This, like a mantra, has been repeated by many, since the past global oil crises. Today it really does not control. But this - if without allies. Together with Russia, Kazakhstan, as well as the United States, Canada and Mexico, it also controls.

$ 40-50 per barrel for months. How do you like this antivirus recipe? Better than any vaccine. Moreover, their launch, as we are warned, is quite capable of backfiring overheating of the economy, a jump in oil prices and a crisis. Classical - overproduction, according to Marx.

Will the world then withstand the new oil swing?

OPEC is unable to meet with partners every day. And even weekly. The cartel always has a purely hypothetical opportunity to crash the market. But OPEC (and especially its leader, Saudi Arabia) cannot afford this. I tried it once and got burned. And now he is once again courting Russia for annexation.

In principle, Russia's entry into OPEC is a fairly realistic prospect. Especially considering the relations that have developed between the country's leader and the business elite with the big oil crowd. Paradoxically, the United States could well become Russia's ally in the cartel. 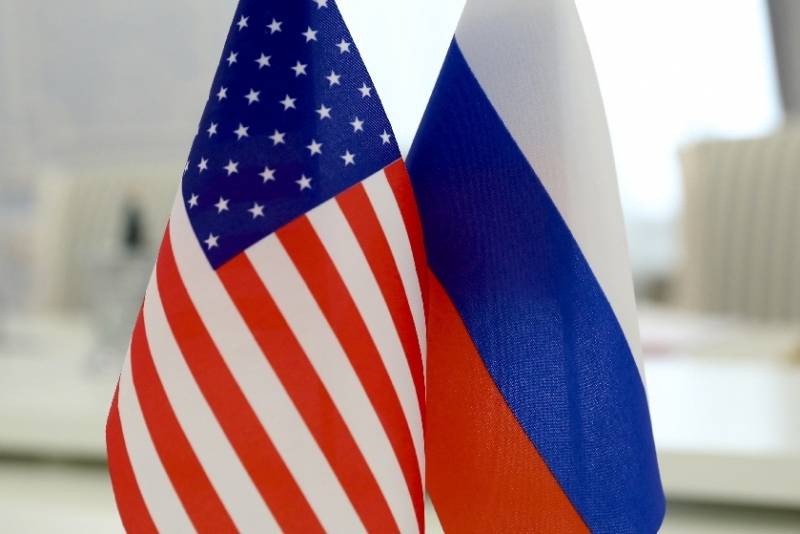 Source: RF Ministry of Defense
And this, mind you, with their special mining conditions, with partnerships, albeit unequal, with Mexico and Canada, as well as with shale projects and an irresistible desire to win the LNG battle against Nord Stream-2.

The alignment that happened in the spring of 2020 regarding the next OPEC agreement, already with several advantages, confirms that this kind of partnership is quite possible. No matter how many politicians camouflage him under

However, even joining OPEC of Russia and the United States (almost certainly together with two neighbors) is unlikely to help the cartel. He is still torn apart by controversy, despite the extremely harsh dictatorship from the princes of Riyadh.

Princes are not obeyed. Moscow, in general, playfully forced them to abandon dumping, since it has, first of all, a financial margin of safety that cannot be compared with the United States, Europe, or the Arab countries.

Not so long ago, Qatar kicked up, from behind which Iran looked out, followed by Iraq, along with Kuwait, which almost annexed it thirty years ago. In November, the UAE learned about its readiness to part with OPEC. Although their officials have not publicly signaled that the state is planning something similar.

In the current difficult situation both for the world and especially for the national economy, it is much more likely that Russia will continue to usefully maintain neutrality in relations with OPEC for itself. And do it with all our might, actively promoting it, as a kind of interested person, although it has developed only over the past two or three years.

The question remains why?

Firstly, this is because it has at its disposal not only oil, but also gas, with the help of which the European Union tames, which is always ready for this, and even more so when Britain leaves the EU. Western countries are the main buyers of both oil and gas. Although China, followed by India, is about to push them out in this respect.

But those do not bother too much - whoever sells, we will buy from that. And it is not the first year that the West has been looking for a way to diversify sources of resource consumption. The stubborn defense of Nord Stream (both the first and the second) in this sense is nothing more than a desire to have an absolutely reliable airbag.

What is there to expect from Arabs and Americans - only God knows, but the Russians simply have nowhere to go. You can't burn that much gas at home with all the will. From this point of view, Russia is attractive like no other. Its oil companies have managed to break out into the alternative. Russian gas stations have spread across the old continent, especially in its eastern part, like cockroaches.

However, the Russians will never be able to dominate, even in terms of gas, and the West is also satisfied with this. Oil in Russia is very difficult and expensive to produce, but it still needs to be sent to the West. Pipes, of course, are in no way inferior to tankers, but this is much easier with gas than with oil.

As you know, the trend towards the East has already been set. But a seller's dependence on a buyer like China is actually quite risky. Understanding of this (rather latent than openly declared) greatly inhibits numerous eastern raw materials projects.

They are also hampered by the lack of reciprocal business presentations from the same China. Moreover, he is conducting business expansion in the east of Russia simply shameless.

And secondly, Russia will remain neutral towards OPEC because it is really getting off the oil needle - albeit slowly, but surely. And it has enviable prospects not in some dubious alternative energy, but in real nuclear, and most importantly - in hydrogen and thermonuclear. Not as distant as it seemed only seven to ten years ago. 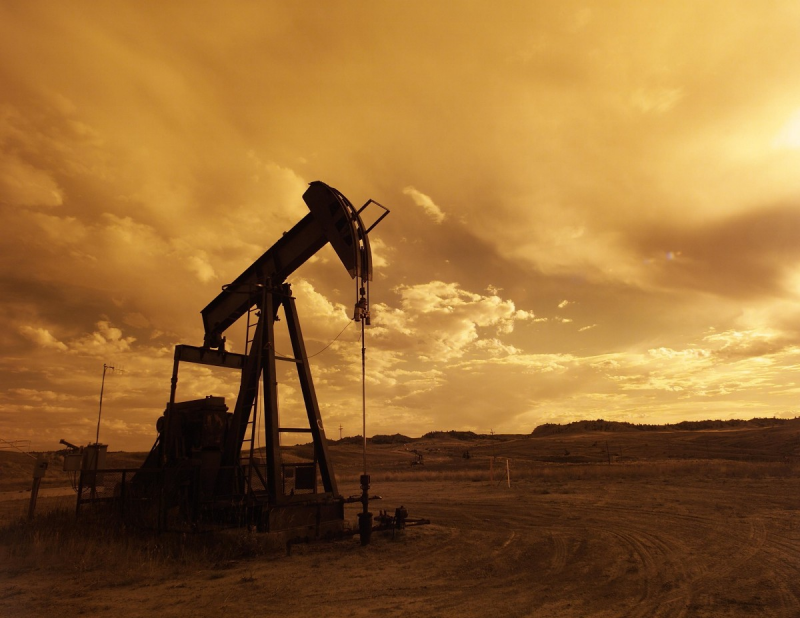 The alignment of domestic and international commodity prices (which seemed to suit everyone except for rogue states like Venezuela or Iran) was nearly broken by the coronavirus. But Russia did not just consistently reduce and continue, as it can, to reduce the dependence of its economy on oil and gas exports.

However, the SARS-Cov-2 pandemic dramatically slowed down this process, in fact, forcing our country to make a deal with OPEC, which would reduce production. For the Russian oil industry, the limitation turned out to be almost extremely possible.

This is due to a number of reasons, primarily objective - weather conditions, complexity and huge distances for transportation. It is not possible to raise the level and volumes of deep processing at the rate that we would like, largely due to the fact that the export of raw materials is less controlled and still brings outrageous profits.

The oil industry, as you know, was privatized almost the first of the branches of the economy. However, the opposite process has been going on for many years. Our government, which allegedly sold out everything that is possible, in fact, has long ago left in the past attempts to bring the level of market economy of its economy to the level of, for example, Poland or Hungary.

And even the most competitive of the old industries - oil and gas - does not deprive them of the advantages of the semi-state giants: Gazprom and Rosneft. It's no secret that Sberbank is out of competition in the banking sector, even the new IT industry would not have a chance for development if it did not work for the state.

And on the agenda now is the desire to stabilize the economic situation, countering not only the pressure of sanctions, but now the pandemic.

And that is why almost all of the long-term investment activity in industry (as, indeed, in the economy as a whole) must be assigned to companies and banks with state participation, as well as to state corporations?

Ctrl Enter
Noticed oshЫbku Highlight text and press. Ctrl + Enter
We are
How many pluses does OPEC have in stock?The third plus OPEC. Why does Russia need gas condensate?
Military Reviewin Yandex News
Military Reviewin Google News
22 comments
Information
Dear reader, to leave comments on the publication, you must sign in.