Return of the obelisk. We are alive as long as we remember 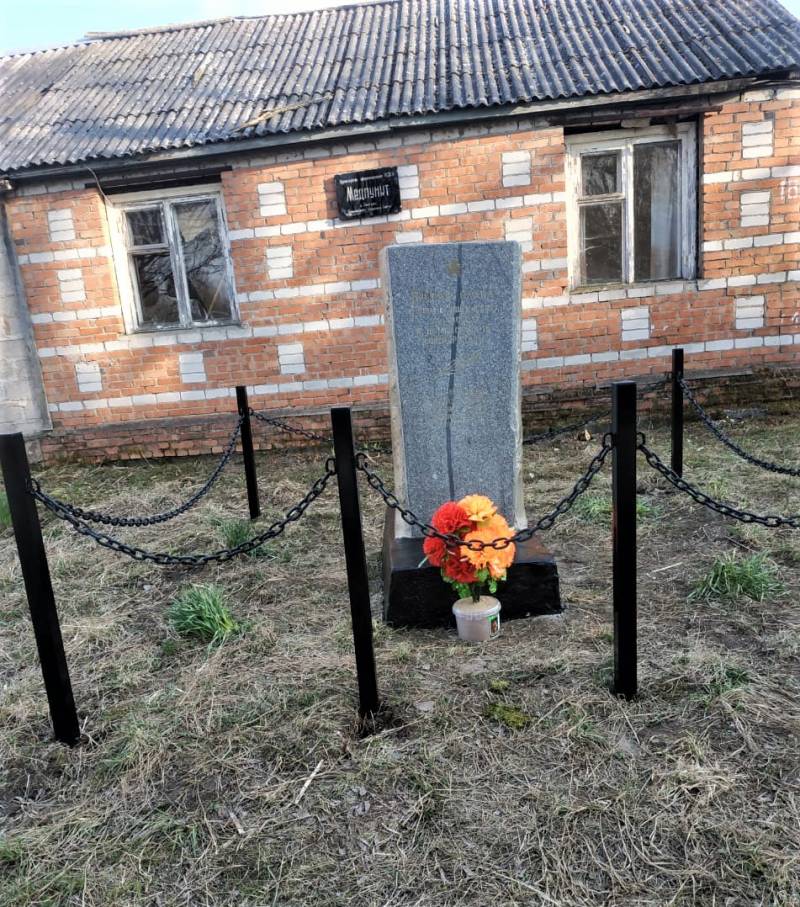 The best days of a tough year

In these last moments of the outgoing 2020, I really want to find among the days filled with the fight against the boring coronavirus, the only ones that will remain in my memory. Each of us does not have so many of them.

But one has only to think about it and immediately with their personal dates involuntarily pop up: the 250th anniversary of the Battle of Chesme and, of course, the 75th anniversary of the Great Victory. A little less than a month was left before the anniversary celebration, when the head of the Yaroslavl regional branch of the All-Russian public organization of veterans "Combat Brotherhood" Oleg Koshelev came to see me. 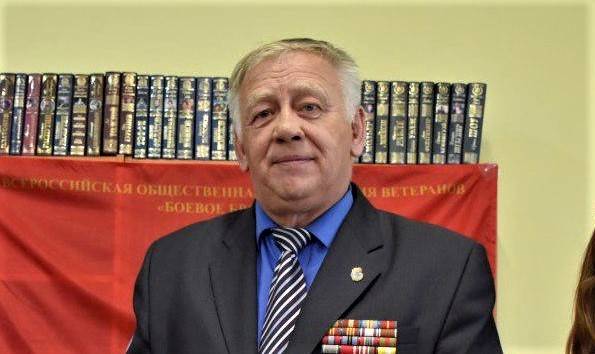 Oleg Koshelev, "Combat Brotherhood", Yaroslavl branch
He offered to take a ride through the village of Svyatovo in order to find the obelisk to fellow countrymen who had gone to the fronts of the Great Patriotic War and did not return from the war. Our village is small and it seemed that I knew everything and everyone in it, but in this, as it turned out soon, I was mistaken.

We traveled with him to different places for a long time, asking the local residents about the obelisk, but everyone pointed to the chapel. Yes, there is one in Svyatovo, arranged by Pavel Anatolyevich Morozov, with an indication on a separate memorial plaque of all the soldiers from the surrounding villages who died in that war. But no one knew about the obelisk.

Even in Svyatovo it is not so, everything is not as it should be

So Oleg Mikhailovich left with nothing. We did not find that monument with him. Therefore, I remembered the very famous lines of Vysotsky about the fact that everything was wrong everywhere.

Towards evening I met a local resident Alexander Ivanovich Fykalov on the road, we got into a conversation, I asked him a question about the obelisk. He looked me in the eyes for a long time, and then said:

"Let's go to. I will show you this monument. "
We went with him for a short time. And on Zavodskaya Street we saw an obelisk. It was installed in the 70s of the last century near the building where the first-aid post worked and the post office was located. Not far away could be seen the already dilapidated office building of the Nagoryevsky flax mill. 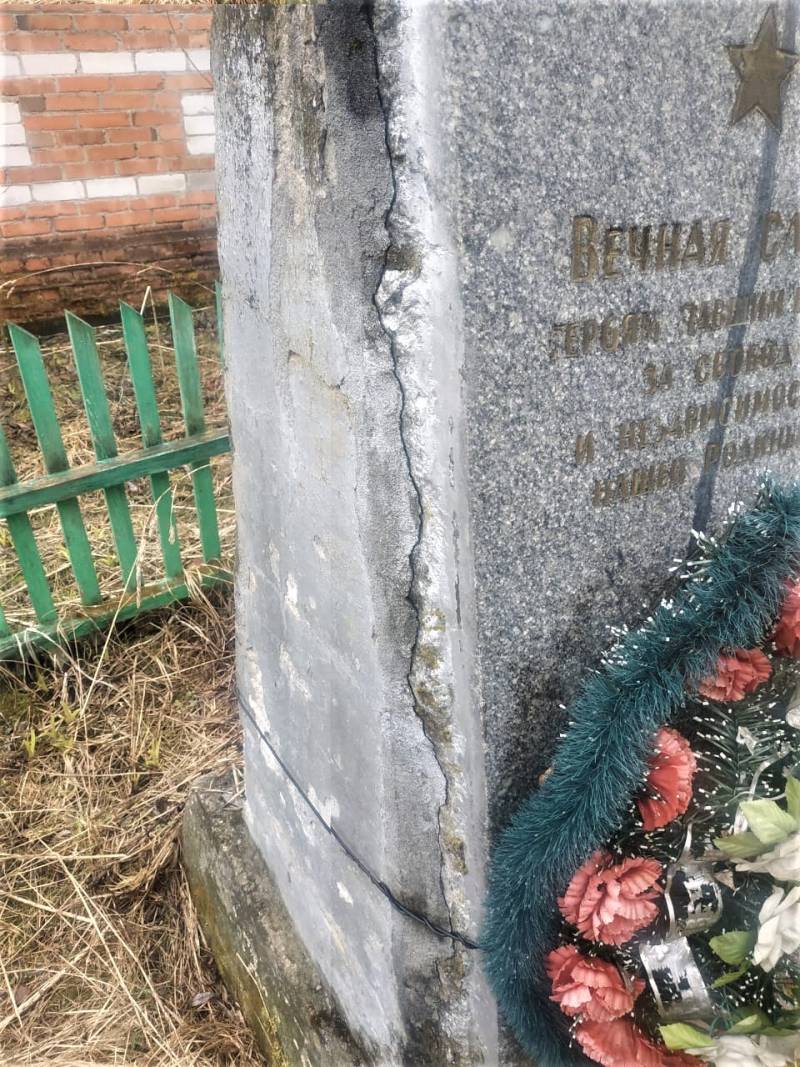 Then life was in full swing here and (the old-timers say) trucks for valuable raw materials came to Svyatovo even from European countries. In those years, the management of the plant decided to install a modest obelisk here on the life artery of the village in memory of the workers who did not return from the battlefields.

For many years, they looked after him, planted flowers and always on Victory Day, and not only, brought to him bouquets of live carnations and field inflorescences, with which the Pereslavl lands are full. The obelisk has become a true symbol of memory, embodied in granite.

But over time, everything changed both in Russia and in Svyatovo. The first-aid post was closed, the post office moved out of the village, the flax factory itself fell into decay, and after that the store was closed, they stopped repairing the road passing through Svyatovo properly. 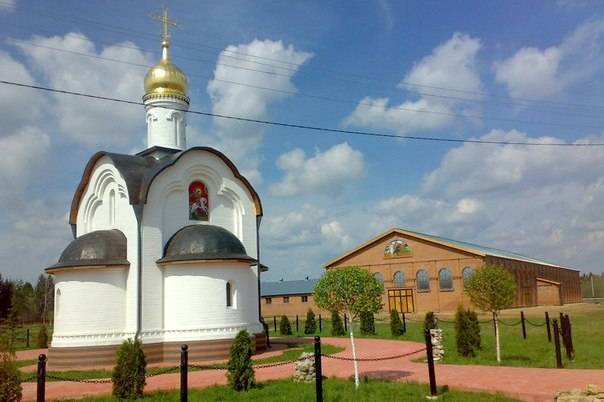 Zosimo-Savvateevskaya hermitage is also in Svyatovo.
Trunk gas comes to local residents only in dreams, and all news they discuss, meeting three times a week at the bus stop. There, in the heat and cold, in the rain and frost, they, looking sadly for hours into the distance, are waiting for the coveted van of the shop.

But back to our obelisk. On the same day, I notified Oleg Mikhailovich that the monument really exists, but in some desolation. A day or two later, he made a number of appropriate calls and with the help of the same kind patron Pavel Anatolyevich Morozov, clear changes began to occur.

A few days before Victory Day, the protective covers were finally removed from the obelisk, and it again appeared to all the villagers. Opened in a new form. And, undoubtedly, everyone was happy about it.

Still, at least some little bit is being reborn. And they also remembered everyone (whom they knew and still remember) who left the factory in the war years and did not return. Eternal memory to them!

So I want to cite the poems of the famous Russian poet Dmitry Kukanov, dedicated to those who did not return from those bloody fields during the war years. In a series of publications "Military Review" for the 75th anniversary of the Victory, the essay on the glorious ancestors of the poet became one of the most visited (The poet had two grandfathers).

Dmitry lived a small life according to human concepts - only 55 years, and left us with an inflorescence of piercing verses. Eugene Rein, a close friend of Nobel laureate Joseph Brodsky, spoke about them briefly and simply:

But they served the Fatherland,
So that the front-line hundred grams are poured for them,
So that we finish drinking for them, finish smoking,
To live for these guys.