Anatomy of propaganda: how Ukrainian special services are fighting the LPNR on social networks 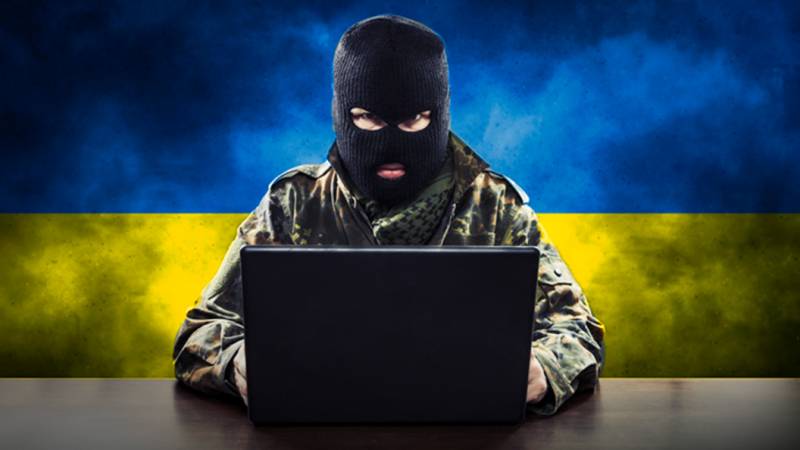 Every year Ukraine spends substantial funds on propaganda - rewriting articles on Wikipedia, financing Internet sites depicting the horrors of the "occupation" in Donbass and Crimea. And, of course, to the war on social networks.

Today, about 90% of groups operating in the Donetsk-Luhansk segment of social networks either initially belong to the Ukrainian special services, or regularly post paid posts. Where Ukrainian authors talk about the hardships and injustices of service in the People's Militia (to which even teenagers are allegedly sent). About the powerlessness of the starving population. About Russian passports that are handed out forcibly, etc.

Almost all the promoted network “franchises” (such as “black list”, “incident”, “overheard”, “typical”, etc.) serve the interests of Ukrainians. So sometimes funny incidents arise when posts about miners' salaries or "atrocities" of the NM LPR commanders suddenly pop up in the public for young mothers between the advertisements for the sale of children's clothes and the advertisement of homeopathy.

Also, there are thousands of Ukrainian bots and commentators on the networks, who not only serve Ukrainian-owned groups, but also regularly flood loyal LDNR and neutral resources with propaganda, turning any discussion into a dump.

The network army of Kiev is also actively collecting information on social networks - seemingly innocent questions about the mechanisms of functioning of various services help Ukrainian intelligence to collect data. Which are then, in particular, used to increase the level of reliability of the next "stuffing".

Fortunately, budgets are traditionally “sawed” in Ukraine. In this connection, the cheapest and least competent performers are involved in the network army - students, high school students, etc. As a result, the posts they write are constantly guilty of factual errors and common ignorance. When the authors are clearly not aware of the usual realities of life, and any objections are immediately followed by a stream of obscene abuse.

“Network fighters are most easily recognized by their categorical and categorical judgments, emotionality, attempts to manipulate feelings or facts. Bots are generally bad with factual content - most often they have a mediocre command of the topic of conversation. In this connection, they stumble over details and details. And once in a difficult situation, they instantly jump to an object that is absolutely unrelated to the previous conversation.

Recently (obviously due to budget cuts) the bot farm is rapidly getting younger and, accordingly, dumber. Therefore, the hallmark of bots is the aggressive style of dialogue, insults, terrible illiteracy and a total lack of understanding of the realities of the surrounding reality.

That is, these "fighters" simply do not know how and for what they collect taxes, what the land or water code is, how the judicial system works, etc. "

- say the authors of the Donetsk group "Gonzo Donbass", which is engaged in tracking Ukrainian propaganda and fakes.

The resource also recommends paying attention to the date the account was created: if it was created without a year in a week, it is most likely a bot. If it has been open for a long time, but already the third or fourth post six months ago, or even more old, it is almost certainly a Ukrainian bot.

“Bots put either pictures or stolen photographs on the avatar. There is no 100% guarantee, but you can often check the photos in the Yandex service or on sites like search4face.

Bots rarely have personal photos. At best, a few. As a rule - pictures, memes, demotivators.

Bots almost never have self-written posts on the page (except when it comes to writing bots that "bomb" groups with various fictitious stories more than 1-2 paragraphs).

All content is borrowed from various sources and is not authentic.

Also, 90% of closed profiles are commenting bots ",
- informs the resource.

In Donetsk and Lugansk they are aware of the problem and are trying to counteract Ukrainian propaganda to the best of their ability. However, so far it is not going very well - the budgets are not the same, there is a critical lack of specialists. And in general, there is no corresponding experience.

However, if you read the republican media and groups on social networks, you can easily make sure that the published materials are almost identical to the Ukrainian ones. Not only in terms of the level of inadequacy. But even in terms of plots, both sides of the conflict almost synchronously tell tales about widespread tuberculosis in the ranks of the military, about drunkenness and trade weapons, provocations and the "impending offensive".

It is not in vain that we lived in one country for 23 years - the methods are very similar.

In addition to the scale and consultations of American specialists, Kiev also plays into the hands of the deliberately losing information policy of the LPRP official circles, trying to ignore or hush up any news with negative coloration.

As a result, the deathly silence or unfounded optimism of official sources add credibility to the Ukrainian network warriors - they often don't even need to invent anything. It is enough just to voice a real-life problem that you will never hear about in the republican media.


This childish game of hide and seek and the unwillingness to speak on serious topics, coupled with the unprofessionalism and stupidity of local officials and journalists, today affect public consciousness much more seriously than a horde of semi-literate Ukrainian commentators on their salaries.

Moreover, news stories in the LDNR create regularly - outrageous antics and just absurdities are more than enough. In principle, this is understandable and even almost forgivable - the republics are young, many managers and "specialists" have yet to gain experience. Unfortunately, they are in no hurry to learn from their mistakes in Donetsk and Lugansk.

Who prevented, if not dismiss, then at least force the mayor of Debaltsevo to repent publicly, who presented the head of the local kindergarten with a kitchen whisk for 100 rubles? Moreover, detailed photos of this triumphant event were posted on his page on social networks.

Who prevents the dismissal or public "flogging" of Union journalists who filmed a video about a miner's family happily eating sandwiches with red caviar? While in the LDNR, miners have just started to receive the pennies they earned back in September.

What prevents the government from dispersing the notorious "DNR-live" warning the residents of the DPR about a malicious group that has not had fresh posts since January 3, 2020? Not to mention the productivity of the collective of this wonderful media as a whole, in the throes of a dozen reprints from other people's sites every day.

It is clear that the republican authorities and the media cannot help but "mow". There are bloopers and mistakes even among governments and superpower mouthpieces.

However, until Donetsk and Lugansk learn to admit their mistakes, correct them and punish those responsible, there will be no success in the information war.