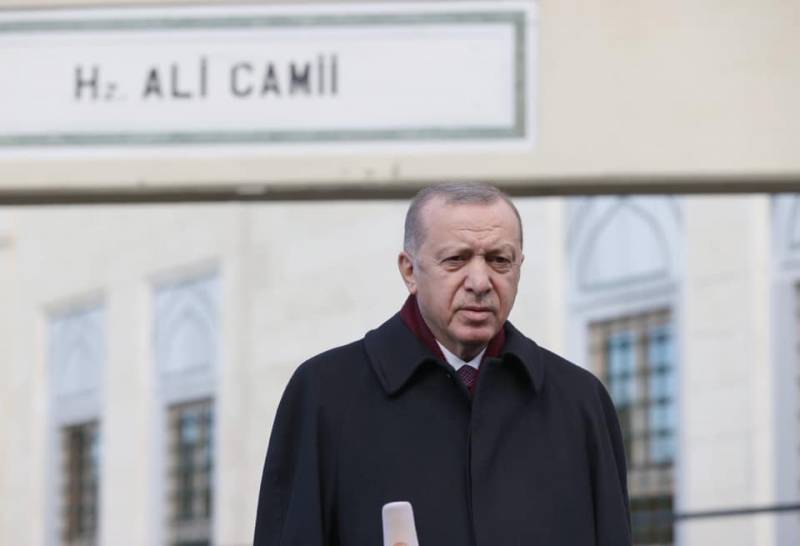 Various foreign publications continue to comment on the sanctions that the United States imposed against Turkey in connection with its acquisition of the S-400 air defense system from Russia.

The Ahval edition publishes the material of the Western observer Ian Lynch, who writes that the United States "made a one and a half year delay, waiting for Turkey to fulfill the conditions of cooperation in NATO structures."

The aforementioned Middle East publication says that the US sanctions against Turkey are "mainly directed against Russia." Interesting logic, especially for Ankara. After all, it is precisely the accounts of the Turkish representatives of the Directorate of the Defense Industry that are frozen, and it is in Turkey that the supply of weapons and military equipment is prohibited. Lending to Turkish defense companies is also prohibited.

It is important for the US to cut off the Turkish defense procurement agency from the US defense industry, as it relies on US export licenses in some cases.

Turkey has big economic problems. They "burned" billions of their reserves to maintain the lira. Their balance sheet of foreign assets of the Central Bank at the end of October was minus $ 52 billion. Now there are also American sanctions.
It is further noted that Turkey "wanted from Russia the transfer of technologies over the S-400, but this did not happen." The author writes that the US sanctions against Turkey, according to the CAATSA law, will be lifted only in one case: if Turkey gets rid of the S-400 air defense system.

According to Jared Taylor, all this can be viewed as an attempt to "isolate Russia", to ensure that Turkey stops cooperating with the Russian Federation.

At the same time, the observer notes that Turkey hopes for the 46th US President Joe Biden, "who can play the role of a good policeman and play back with sanctions against Turkey."