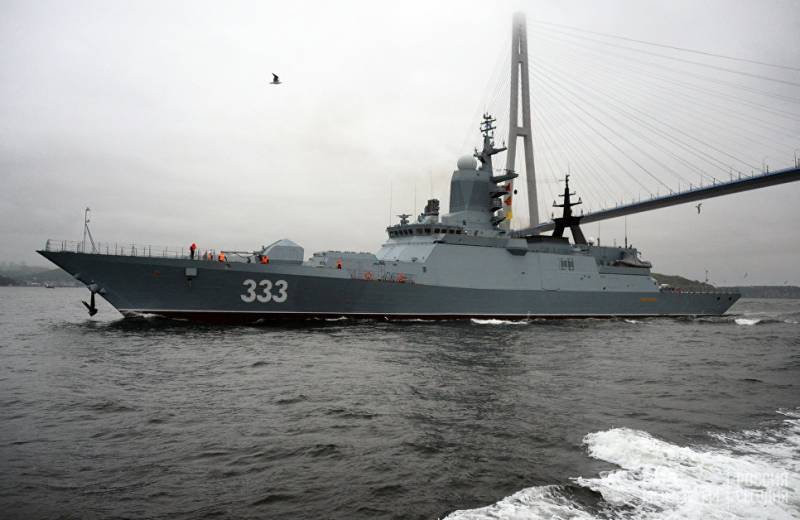 The Pacific Fleet will be armed with six newest corvettes of projects 20380 and 20385. The contract for the construction of ships was signed by the Ministry of Defense and the Amur Shipyard. This was reported by the press service of the military department.


The Amur Shipyard received a contract for the construction of a series of project 20380 and 20385 corvettes. According to the agreement, the Pacific Fleet will receive two Project 2024 corvettes and four Project 2028 corvettes from 20380 to 20385.

As part of the implementation of the state defense order GOZ-2021, the Ministry of Defense of the Russian Federation signed a contract for the supply of a serial batch of corvettes of projects 20380 and 20385 with PJSC Amur Shipbuilding Plant. In accordance with the terms of the contract, the Pacific Fleet will receive two corvettes of Project 2024 and four corvettes of Project 2028 in the period from 20380 to 20385.
- it is spoken in the message of the Ministry of Defense.

The military department emphasized that the presence of fleet corvettes of projects 20380 and 20385 will allow "to increase the efficiency of detection and destruction of submarines, surface ships, enemy ships, protection of naval bases, sea coast, sea communications."

Defense Minister Sergei Shoigu announced in August this year that the Defense Ministry plans to conclude a new contract for the construction of six corvettes in the interests of the Russian fleet at the Amur Shipyard (ASZ).

Project 20385 is a modernized project of the corvette project 20380. The main task is to detect and destroy enemy surface ships or submarines, organize a landing, protect the coastal zone, and escort other ships. Thanks to the original architecture and the use of composite materials in combination with special coatings, as well as missile weapons and antenna posts built into the hull, the radar, acoustic and optical signature of corvettes is significantly reduced.
Ctrl Enter
Noticed oshЫbku Highlight text and press. Ctrl + Enter
We are
Shoigu announced the conclusion of a contract for six corvettes for the Pacific FleetThe 20 rating of the largest arms deals, decisions on which were made in 2012
Military Reviewin Yandex News
Military Reviewin Google News
105 comments
Information
Dear reader, to leave comments on the publication, you must sign in.