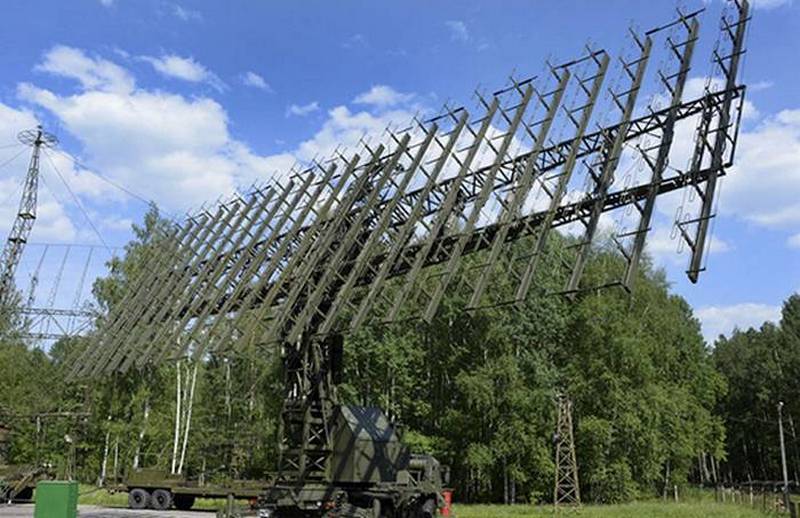 In the Rostov region, a new three-coordinate radar station of medium and high altitudes "Nebo-UM" took up combat duty, covering the southern direction. This was reported by the press service of the Southern Military District.

The new radar will significantly increase the ability to detect a variety of air targets, including low-flying and low-reflective targets. The three-coordinate radar station of medium and high altitudes "Nebo-UM" continues the series of radar systems "Nebo-U" with a changed composition of equipment, made on a new element base
- said in a statement.

Radar "Sky-UM" refers to stations of medium and high altitude standby mode. The radar is capable of equally effectively detecting and tracking both dynamic (aircraft and cruise missiles) and ballistic (ICBM warheads) targets. It is noted that the station equipment allows not only to detect and track targets, but also to determine their nationality. After that, the information is transmitted to the command post or to the operators of the anti-aircraft complexes. In addition, the station is capable of detecting electronic warfare sources and transmitting their coordinates to combat crews for further destruction.

As noted in the Southern Military District, in total in 2020, the district received 8 new and modernized radar stations, including Sky-UM, Podlet-K1, RLS39N6 and Desna. In addition, the Terek radar station, as well as a number of altimeters, underwent a deep modernization at the MIC plant. In the near future, all stations will take up combat duty.
Ctrl Enter
Noticed oshЫbku Highlight text and press. Ctrl + Enter
We are
Reports from the militia of New Russia for 27-28 September 2014 of the yearThe Dangerous Future of US Strategic Forces (PetroleumWorld, Venezuela)
Military Reviewin Yandex News
Military Reviewin Google News
11 comments
Information
Dear reader, to leave comments on the publication, you must sign in.