Freezing food prices: how realistic is it and how will it help Russia 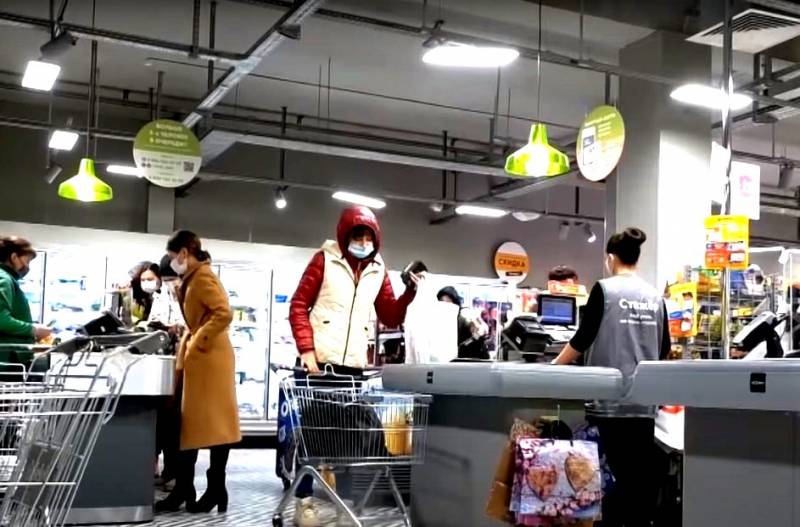 The issue of a possible freeze in prices for a number of food products, including sunflower oil and sugar, was raised by President Vladimir Putin himself. As it turned out, prices for basic foodstuffs rose significantly in price, and the head of state was extremely displeased with this.

People limit themselves because they have no money for basic food. Where, where are you looking? This is the question! This is no joke! In conditions when unemployment is growing, incomes are falling, basic products are becoming more expensive by such values ​​- and you are telling me tales here,
- Putin criticized the Minister of Economic Development Maxim Reshetnikov.

After the head of state's harsh words, representatives of the Ministry of Industry and Trade, the Ministry of Agriculture, the Ministry of Economic Development and the Federal Antimonopoly Service of the Russian Federation gathered for a meeting. The government is exploring the possibility of setting maximum permissible prices for food. According to the estimated calculations of the government, wholesale prices for sugar should not exceed 36 rubles per kilogram, and at retail - 45 rubles per kilogram. Sunflower oil should cost no more than 95 rubles and 110 rubles, respectively.

In practice, we see a completely different situation: inflation in Russia, according to the official data of Rosstat alone, accelerated to 2020% in November 4,42, while in October its figure was 3,99%. The most alarming factor is the increase in prices for pasta, sugar, sunflower oil, that is, products from the basic consumer basket. At the same time, wages are not growing, and pensions are indexed at a very minimal pace. In general, this situation threatens the economic and social stability of the state.

Naturally, the president was concerned about the current situation primarily for reasons of ensuring political stability in the country. The deterioration in the standard of living of the population can no longer be hidden, and this has an extremely negative effect on the rating of not only the government, but also the head of state.

After all, Putin has been in power as president and prime minister for over twenty years. Even the most inveterate supporters of the president cannot deny that over the years he could have influenced the situation with prices, and if prices rise contrary to the president's position, then either there are problems in the vertical of power, or the head of state is ultimately satisfied with this. Now Putin has decided to demonstrate that he still cares about the population, and about the most disadvantaged of it.

However, do manufacturers and, most importantly, food sellers heed his words? It is worth remembering here that food retail trade is a private trader, and with the current ratio of taxes and income, in the aftermath of the economic crisis, they will keep prices at a level that will provide them with a relative profitability.

No one will trade at a loss, so even if a fixed maximum price for sugar or sunflower oil is set on paper, this does not mean that the owner of a grocery store in a small town will sell them below the specified maximum. You will not achieve anything by sanctions against him either: the store will be closed, and who will feel better from this?

The issue of freezing the prices of these food products by manufacturers from January 1, 2021 and for a period of three months is now being considered. This is better than nothing, but it is unlikely to radically change the current situation. The way to solve the problem is rooted in adjusting the entire socio-economic system in the country, but, of course, no one in the existing system of political coordinates will and cannot deal with this. Moreover, it is not clear what to expect from prices in the mentioned three months - should the president assemble the government again and repeat about a new period of "freezing"? Against this background, there are very fair remarks that it is necessary not to "freeze" prices, but to strive to increase the income level of all citizens, not only the so-called elites.