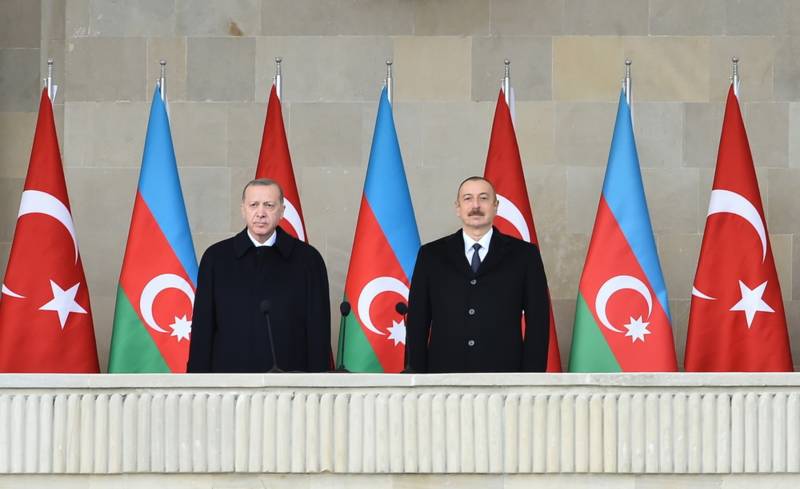 Foreign information sources report on the statement of the President of Azerbaijan Ilham Aliyev, made during the meeting with representatives of the Minsk Group for the settlement of the conflict in Nagorno-Karabakh. On December 12, the Azerbaijani leader announced that the Russian-Turkish joint monitoring center will be located in the city of Agdam.

This city was under the control of the unrecognized Nagorno-Karabakh Republic for 27 years, and on November 20, 2020, on the basis of a trilateral agreement, came under Azerbaijani control.

This is already a reality. This is a symbol of suitable Russian-Turkish cooperation.
Turkey itself is commenting on the statement of the Azerbaijani president. In particular, it is noted that the process of "the appearance of Turkish military observers is being delayed." It is recalled that the Turkish parliament, at the request of the country's President Recep Tayyip Erdogan, authorized the possibility of a military stay of the Turkish military abroad (in Azerbaijan) on November 17. The document allows the Turkish military to stay in Azerbaijan for a period of one year with a possible extension.

Turkish publications react differently to where and in what format the Turkish presence in Azerbaijan will be carried out. In particular, it is pointed out that for Turkey in this case "it is extremely important to ensure uninterrupted operation of the Baku-Tbilisi-Ceyhan oil pipeline."

From the point of view of the effectiveness of such control, Aghdam is called "the most successful station for Turkish military observers."