Rogozin on the Angara-A5 rocket: It flies, damn it ... 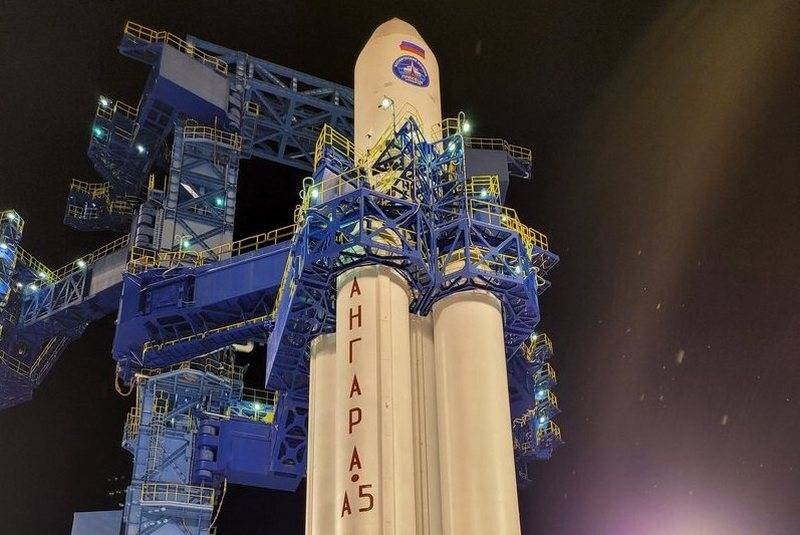 Russian heavy carrier rocket "Angara-A5" was launched from Plesetsk cosmodrome today, December 14th. This was reported by the press service of the Ministry of Defense.


According to the post, the second in stories The Angara-A5 was launched from the Plesetsk cosmodrome in the Arkhangelsk region at 8:50 am and was carried out in the normal mode. The rocket launched into space an overall mass model weighing 2,4 tons. 12 minutes after the launch, the orbital block as part of the Briz-M upper stage and the model separated from the third stage of the rocket. The final delivery of the cargo to the target geostationary orbit (about 36 thousand kilometers) will be carried out using the upper stage according to a nine-hour scheme.

The combat crew of the Space Forces of the Aerospace Forces carried out a test launch of a heavy-class carrier rocket "Angara-A5" with an overall mass model of the payload
- declared in the Ministry of Defense.

The first Angara-A5 rocket was launched into space in December 2014. In total, the test program for the heavy launch vehicle provides for six launches, which should take place in the period 2021-2022.