Consequences of the joint use of "Bayraktars" and jamming Mi-8MTPB in Donbas. What should Donetsk and Moscow prepare for? 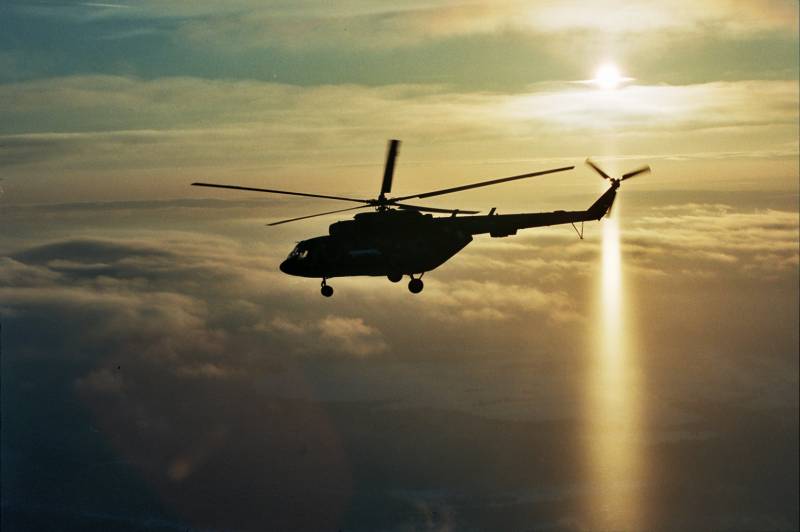 As the first week of December 2020 showed, a very gloomy forecast of possible scenarios for the development of the operational-tactical situation in the Donbass theater of operations, announced on November 26 by the first commander of the DPR Armed Forces, the permanent leader and curator of the Novorossiya public movement and military expert Igor Strelkov in the next informational release -analytical program "Results of the week with Igor Strelkov" for the "YouTube" -channel "Roy-TV", found weighty confirmation in a number of events in the military-political, operational-tactical and military-technical situation, which occurred at the filing of the Ukrainian "War parties".


In particular, it would be extremely naive to assume that against the background of the internal political and media chaos that erupted in the United States in connection with the inevitable ascent to the post of head of the White House by former US Vice President and Democrat Joseph Biden (with the subsequent appointment of hitherto unknown candidates - "dark horses "For the posts of the heads of the US defense and foreign affairs agencies with purely individual approaches to the formation of an updated geostrategic vector of Washington), especially" hot heads "in the General Staff of the Armed Forces of Ukraine will not undertake another attempt to destabilize the situation in the Donbas theater of operations, provoking a new round of large-scale escalation in the coming months.

This is precisely what is happening today with the active military-technical, operational-tactical and information assistance of Whitehall (the British Defense Department) and the US Air Force command.

Thus, the memorandum on military-technical cooperation concluded between London and Kiev on October 8, 2020, as well as the earlier airborne landing from the cargo compartments of the British C-130Js at the training ground near the settlement of the item. Kapustino (Mykolaiv region) hundreds of servicemen of the 16th Airborne Assault Brigade of the British Army within the framework of the Joint Efforts - 2020 exercises, contributed to the emergence in the limbic shares of the most ambitious high-ranking representatives of the defense department and the general staff of the "independent" powerful motivational driver for the development and possible implementation of much more sophisticated tactics of offensive "throws" immediately on some critical operational areas of the Donbas theater of operations.

As for the information and operational-tactical support from the US Air Force command, here we are talking about providing a comprehensive situational awareness of the General Staff of the Armed Forces of Ukraine about any actions of the units of the 1st and 2nd army corps of the People's Militia of the LDNR both near the contact line and in depth of the rear zones of the Donbass theater of operations.

This capability is achieved through the implementation of detailed optoelectronic and all-weather radar reconnaissance of the surface area of ​​this theater of operations using the SYERS-B / C multispectral long-focus optoelectronic complexes and the AN / ZPY-2 MP-RTIP onboard side-scan AFAR radars of strategic RQ drones -4B "Global Hawk", providing the classification and identification of armored vehicles, artillery and air defense through the operation in the synthetic aperture mode (SAR).

An eloquent confirmation of the likely implementation of the above forecast is the sudden transfer of batteries and rocket artillery battalions (ReADn) of the MLRS BM-21 to the key operational areas of the Donbass theater of operations (Gorlovskoe, Donetsk, Telmanovskoe and Novoazovskoe), recorded by the local population and the intelligence structures of the NM LPR 122- / 152-mm cannon artillery, as well as additional mechanized units. With the aim of the probable implementation of artillery preparation and the start of offensive operations together with the 35th and 36th separate brigades of the marines (OBRMP), as well as numerous volunteer paramilitary formations, including the Azov regiment.

Also, batteries of 82- and 120-mm BM-37 and 2B11 mortars, which have recently been used by Ukrainian formations to strike at the fortified areas of the 1st DPR Army Corps in the vicinity of the settlements of Opytnoe, Leninskoe and Vodyanoe, were also put into operation.

Fortunately, the "counter-battery" response in some episodes did take place ... This has been reported by the Telegram channel "Yasinovataya Donbass in the Line of Fire" and the VK community "Militia Summaries" over the past few days.

Meanwhile, special concern in this situation is caused by the active purchase by the defense department of the "Nezalezhnaya" and the probable use in the Donbass theater of military operations of the Turkish unmanned attack reconnaissance systems "Bayraktar TB2", developed by the "Baykar Makina" company and having passed a very successful baptism of fire in Syria. Libyan, Karabakh theater of operations.

Despite the fact that the number of operational-tactical shock-reconnaissance UAVs "Bayraktar TB2" ("Tactical Block 2") reaches only 6 units. (2 complexes consisting of 2 command posts and three drones attached to each PBU with a total ammunition load of high-precision UAB MAM-L and anti-tank guided missiles L-UMTAS about 200 units), even such a small "reinforced link" of "Bayraktars" offensive orders to motorized infantry units of the Armed Forces of Ukraine, the possibility of a rapid breakthrough of the first line of defense of the 1st Army Corps of the DPR NM in several critical areas of the Donbass theater of military operations.

Possessing the ability to operate at altitudes of 7800-8200 m (outside the high-altitude lines of destruction of the self-propelled air defense systems 1K9M35 "Strela-3" and "Osa-AKM", which are 10 and 3500 m, respectively, in service with the 5000st AK NM DNR, respectively), as well as - / TV-low-level OLPK MX-15D, a link of 4-6 drones "Bayraktar TB2" is able to freely inflict a preemptive strike not only on towed howitzers, self-propelled guns and MLRS of the 1st AK NM DNR deployed for "counter-battery response", but also on a very limited number of counter-battery artillery reconnaissance radars 1L219 "Zoo", which are in service with the Separate Artillery Brigade "Kalmius" and other units.

Moreover, the coordinates of the initial location of the Zoos, as well as their operational deployment, can be obtained by the Bayraktar operators not only through the Wescam MX-15D onboard optoelectronic complexes, which have mediocre capabilities in difficult meteorological conditions, but also from their American colleagues-operators UAV RQ-4B, using the AN / ZPY-2 MP-RTIP onboard radar. The loss of the Zoo counter-battery radars will overnight reduce the effectiveness of the counter-battery warfare carried out by the surviving batteries of the Grad / Uragan MLRS, towed Msta-B and Hyacinth-B howitzers, etc.

An impressive range of troubles (in conjunction with the use of Bayraktars) can also be experienced by the use by the Air Force of the "independent" well-known Mi-8PPA / MTPB electronic warfare helicopters, the restoration program of which was hastily launched in 2015-2017.

All of the above factors will significantly reduce the likelihood of successful interruption of offensive actions of the Armed Forces of Ukraine without indirect or direct military-technical support from the Russian Armed Forces.

Ctrl Enter
Noticed oshЫbku Highlight text and press. Ctrl + Enter
We are
VKS forced to use the Tu-214P. Ukrainian "jamming" Mi-8 will wrap Donbass with EW veilSituational analysis of the death of the MH17 flight (Malaysian Boeing 777), made on the basis of engineering analysis from 15.08.2014
Military Reviewin Yandex News
Military Reviewin Google News
114 comments
Information
Dear reader, to leave comments on the publication, you must sign in.