On de-dollarization, the budget of the Russian Federation, oil and gas 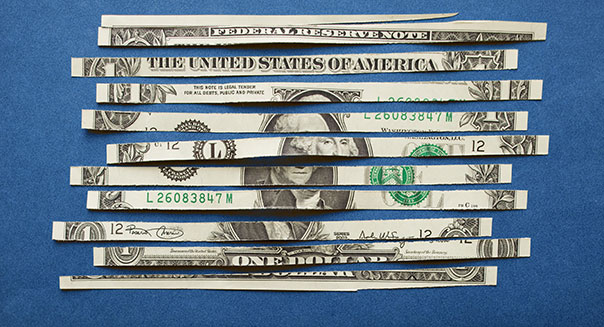 In short, for those who do not have time to read the entire article: no de-dollarization, of course, will reduce, and cannot reduce our dependence on the dollar exchange rate. Well, if in a little more detail, then our affairs are as follows.

On the budgets of the Russian Federation

When someone talks about our country's budget, you should always ask:

"Which one do you mean?"
The thing is that they are different, and there are many of them. A federal budget of the Russian Federation is being created, which is collected for the needs of the country as a whole. But there are also regional budgets, which are managed by the regions themselves.

Without going into unnecessary details, I note that part of the taxes paid by enterprises and citizens go to the federal budget, and the other part of such taxes goes to regional ones, where, in fact, the payers (enterprises and citizens) are located. Well, since most of our regions are subsidized (unable to raise money for their own needs), resources are also being redistributed between these budgets.

So, in order not to get confused in these intricacies, we will talk about the federal budget of our country. And also - about the so-called consolidated budget, which includes all revenues and expenditures of both federal and regional budgets, from which transfer payments between budgets are excluded.

Simply put, the revenue side of the consolidated budget is all receipts to all budgets of the Russian Federation, and the expenditure side is all payments made from these budgets to third-party organizations and individuals.

So, if we look at the federal budget of the Russian Federation, it turns out that everything is not just bad, but frankly awful.

But, if we take the data of the consolidated budget of the Russian Federation, then the situation is significantly improving. The revenue side of this budget, including the revenues of both the federal and many regional budgets - 39 billion rubles. And the share of oil and gas revenues in it is already just over 497,6%.

However, there is an interesting nuance here.

The fact is that the budget considers oil and gas revenues only taxes and duties that are imposed on the production and sale of oil and gas. On the one hand, this seems to be correct, but on the other ...

As you know, for international trade, a country must have a currency. To paraphrase the wonderful statement of the cat Matroskin from Prostokvashino:

"In order to buy something foreign, you must first sell something to foreigners."
And only then you can buy the currency received from the sale. So, the sale of oil and gas accounts for a very large share of our exports, about 60%. Accordingly, the proceeds from oil and gas provide an inflow of currency, which, in fact, is used to pay for imports.

Why am I saying this? Everything is very simple. The fact is that a number of sources for the formation of the budget revenues are directly related to the volume of imports imported into the country. These are value added tax (VAT) on imported goods, import excise taxes and customs duties. In total, in 2019, our budget received 3638,4 billion rubles. such income.

That is, it should be understood that trade in oil and gas brings the federal budget of the Russian Federation not only direct income from taxes and fees for the sale of these minerals, but also indirect. Thanks to the inflow of foreign exchange from oil and gas sales, our business gets the opportunity to buy and import foreign goods into the country. By doing this, business naturally pays taxes to the RF budget.

In other words, if suddenly (due to some catastrophe) we cannot sell oil and gas abroad, then the volume of our imports will sharply decrease, since we simply have nothing to buy it with. And along with the decline in imports, the receipts of VAT, excise taxes and duties on imported goods will collapse.

What are the losses in this case? Everything is very simple here. In the same 2019, Russia's exports amounted to $ 442,8 billion, and imports - $ 243,8 billion. In other words, we are seeing an extremely surplus foreign trade balance. And this is good.

But suppose that oil and gas were not sold in 2019 a drop and not a single cubic meter. In this case, exports will amount to no more than $ 169,1 billion. And without spending foreign exchange reserves, we will be able to buy all the imported goods for exactly $ 169,1 billion. Accordingly, imports will fall by slightly more than 30%. And this, in turn, will mean that both tax and customs revenues for imported goods will fall approximately in the same proportion.

Thus, it can be argued that the total revenues from oil and gas trade in 2019 were not RUB 7 billion. (as recorded in the budget), and at least RUB 924,3 billion. In other words, 9% of the federal and 038,5% of the consolidated budgets of the Russian Federation. 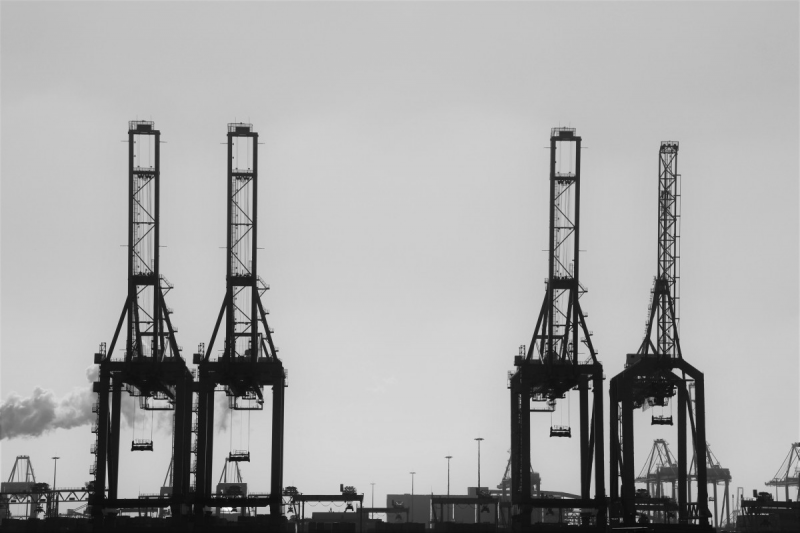 This is how our country gets off the oil and gas needle.

About oil and gas revenues

But let's get back to exactly those revenues that our federal and consolidated budgets consider oil and gas. As mentioned earlier, those in 2019 were counted in the amount of RUB 7 billion. The main proceeds were provided by the mineral extraction tax (abbreviated as MET). A total of 924,3 billion rubles were paid. MET is paid for both oil and gas. But it is the MET for oil that brings the bulk of them: in 5, its amount was 971,7 billion rubles.

Is it a lot or a little? Everything is relative.

Income tax in 2019 brought RUB 4 billion to the budgets of all levels. VAT for self-produced products - RUB 543,2 billion.

Proceeds from the MET in 2019 amounted to 15,1% of all revenues of the consolidated budget and 29,6% of the federal budget. Generally speaking, the figure is colossal.

But the most interesting thing is the procedure for determining the amounts of mineral extraction tax to be paid to the budget. The peculiarity of this tax is that it is levied on every ton of oil produced, regardless of whether it goes for domestic consumption or for export.

The formula for calculating the "oil" MET:

MET per tonne of oil produced = Price coefficient * Standard MET rate - Production specificity coefficient
What is it all about? I must say right away that we are not interested in the production feature coefficient - this is a very specific thing, the value of which depends on many parameters. What is important for us is that this coefficient can take both negative and positive values. In other words, he is able to both reduce and increase the amount of tax.

According to some estimates, on average, it increases the MET per tonne of oil produced by about 400 rubles. And taking into account the fact that, for example, the average for 2018 MET was 12 rubles / ton, in general, its effect is not too significant.

The main tax amount is formed by part of the formula:

Thus, of all three components of the formula, the determining factor for the size of the MET is the price coefficient, which in March 2019, for example, was 12,72.

This coefficient is calculated as follows:

Price coefficient (Кц) = (Price of a barrel of Urals in dollars - 15) * USD exchange rate / 261
Simply put, our most important MET tax (and hence the budget of the Russian Federation) directly and seriously depends on two indicators: the price of oil on foreign markets (and in dollars!) And the exchange rate of the US dollar against the ruble.

Suppose the price of a barrel of oil was 65 US dollars at the exchange rate of 60 rubles per dollar against the ruble, and the average production ratio was 400 rubles. In this case, the price ratio will be just over 11,49. And the amount of MET per ton of oil is 10 rubles.

Now let's imagine that oil on the world market has fallen in price by almost a third - to $ 45 per barrel. In this case, the price ratio drops to 6,9. And with a constant dollar exchange rate, the amount of MET per ton of oil will be only 7 rubles.

In other words, a drop in world prices by 30,7% will cause a reduction in our MET by almost 37,2%. It turns out the theater of the absurd - our budget depends on world oil prices more than the world market itself!

Let's look at the severance tax from a different angle. According to BCS Express, in 2018 the share of MET in Rosneft's revenue was 27,4%, and Tatneft's even 31%. I repeat, this is not about profit, but about revenue, from which enterprises should also pay both the cost of oil production and other taxes. In other words, MET can be safely considered the largest expense item for oil companies.

And what do we see?

In the event that oil prices fall, domestic producers, of course, lose a significant part of their revenue. How significant is difficult to say. Because the price of our oil on the world market is one thing. But the revenue of the oil company is a little different. Often these companies sell oil abroad through intermediaries. Or overseas intermediaries.

But the point is that the losses of oil producers from the decline in world prices are limited to the volumes of oil exported: world oil prices do not affect our domestic prices in any way. Explaining the reasons why this is so will lead us into too distant jungle. But everyone living in the Russian Federation knows that fuel prices in our country rise in two cases: when world oil prices rise, and when they fall. However, they can increase even with unchanged world oil prices, because nothing is impossible for us!

As a result, the severance tax, in fact, supports the domestic producer. As soon as prices on the world market go down, losses in oil export supplies for our oilmen will be immediately compensated by a reduction in their main tax, and for the entire volume of oil they produce.

And what to do? They are so poor, these oilmen, they are eating their last piece of bread. Who else should the state help if not them?

However, the federal budget of the Russian Federation suffers. And he suffers very much. And the budget in our state is sacred.

How can you "correct" the budget? Well, of course, "playing" the second main component of the mineral extraction tax calculation formula. Namely, the dollar exchange rate.

But we will talk about how this is done and how it affects our companies - subsoil users in the next article.

Ctrl Enter
Noticed oshЫbku Highlight text and press. Ctrl + Enter
We are
A great interview with Sergey Lavrov: about Ukraine, Obama and IranWhat you didn't want to know about England
Military Reviewin Yandex News
Military Reviewin Google News
159 comments
Information
Dear reader, to leave comments on the publication, you must sign in.