"Azerbaijani troops captured one of the villages of Hadrut region": Armenian President appealed to the Ministry of Defense 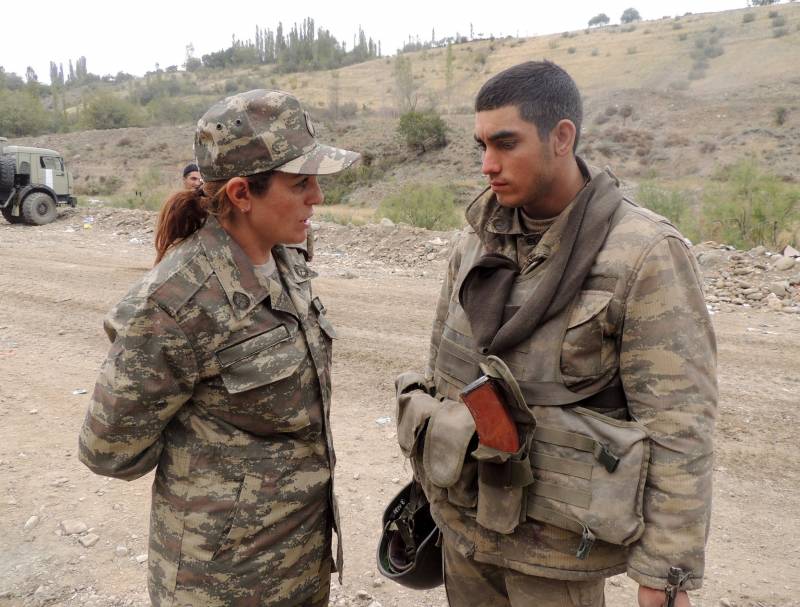 It became known that the shootout between the Azerbaijani and Armenian military in the Hadrut region was stopped by the direct intervention of the Russian peacekeeping contingent. It is reported that the Russian peacekeepers, using a special communication channel, demanded that the parties to the conflict cease fire and further not violate the current ceasefire.


Meanwhile, the Armenian side claims that it has lost control over the village of Khin Takher in the Hadrut region.

Armenian President Armen Sarkissian says that the village of Khin Taher was captured by the Azerbaijani military. From the post:

They also made an attempt to attack the village of Khtsaberd, located in the Hadrut region.

Armen Sargsyan appealed to the Ministry of Defense to take measures to assess the situation in Artsakh (the unrecognized Nagorno-Karabakh Republic), as well as to assess the actions of the Armenian side taken to defend the villages.

Azerbaijan claims that the shootout was provoked by the Armenian side. In turn, Armenia accuses the Azerbaijani side of trying to disrupt the ceasefire.

It should be reminded that the Russian peacekeeping contingent had to interfere in the situation in the Hadrut region in order to prevent a new escalation of the conflict in Nagorno-Karabakh. At the moment, the Russian military is in Khin Taher and Khtsaberd.

Ctrl Enter
Noticed oshЫbku Highlight text and press. Ctrl + Enter
We are
Armenia announced a new offensive of the Azerbaijani army in KarabakhReports from the militia of New Russia for 27-28 September 2014 of the year
Military Reviewin Yandex News
Military Reviewin Google News
154 comments
Information
Dear reader, to leave comments on the publication, you must sign in.