Armenia announced a new offensive of the Azerbaijani army in Karabakh 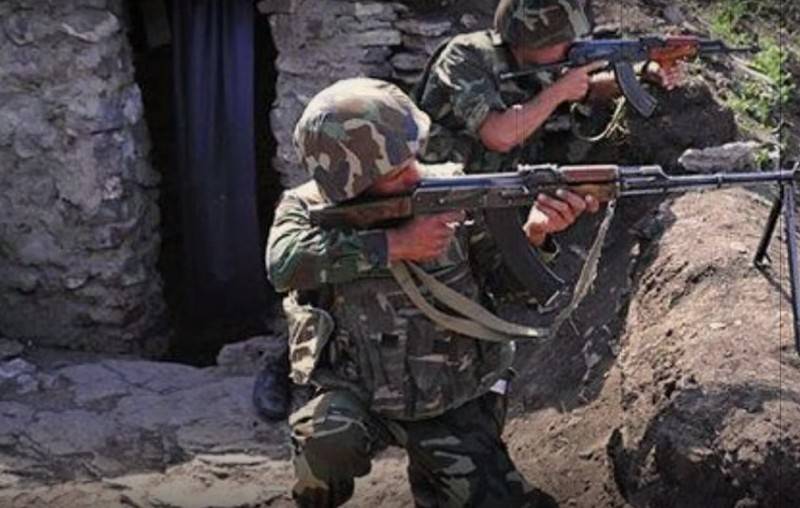 The Azerbaijani army launched a new offensive in the south of Nagorno-Karabakh - in the direction of the villages of Khin Taglar and Khtsaberd. This was reported by the press service of the Armenian Defense Ministry.


According to the Armenian military department, Azerbaijan resumed hostilities, trying to seize the villages of Khin Taglar and Khtsaberd, located on the territory of the Hadrut region, which came under the control of Baku.

On December 12, the Azerbaijani side resumed the offensive in the direction of the settlements of Khin Taglar and Khtsaberd of the Republic of Artsakh
- said in a statement.

The Armenian Defense Ministry stated that the units of the NKR Defense Army "are taking proportionate actions."

Note that the villages of Khin Taglar and Khtsaberd are Armenian enclaves in the Hadrut region, the territory of which is fully controlled by Azerbaijan.

Earlier today, it was reported about a firefight between the Azerbaijani and Armenian military, as a result of which three Armenian reservist soldiers were injured.
Ctrl Enter
Noticed oshЫbku Highlight text and press. Ctrl + Enter
We are
Reports from the militia of New Russia for 27-28 September 2014 of the yearNew war in the Caucasus be?
Military Reviewin Yandex News
Military Reviewin Google News
97 comments
Information
Dear reader, to leave comments on the publication, you must sign in.