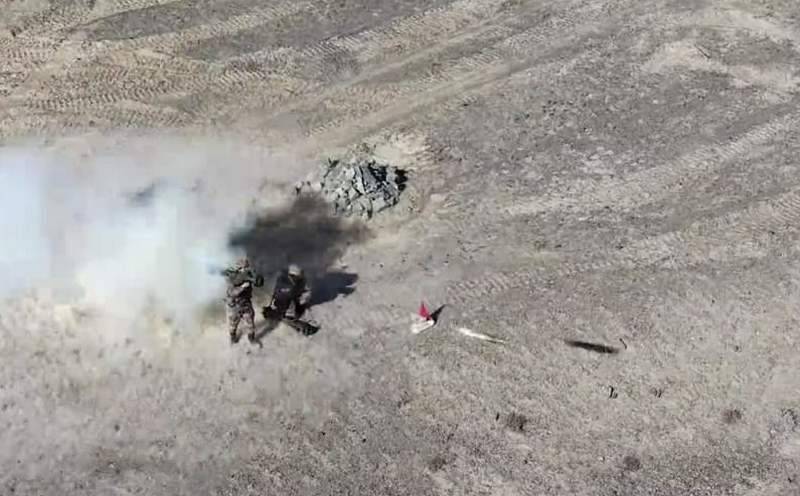 Photos and videos of testing a new Chinese disposable jet infantry flamethrower have appeared on the Web. The report of the Chinese TV channel was posted on Russian social networks.


In the explanation for the video, it is said that a single-use infantry jet flamethrower was tested in China, which cannot be reloaded. Weapon is a projectile-rocket stuffed with fire mixture. The name of the flamethrower, where and when the tests were carried out, are unfortunately not reported.


Five years ago, in 2015, it was reported that the PF-97 is a fiberglass tube container with simple mechanical sights. Inside there is a capsule with a gaseous incendiary substance and an expelling charge. RPO length - 920 mm, weight - 12 kg. The firing range is from 25 to 350 m.

The characteristics of the new Chinese flamethrower are not reported.
Ctrl Enter
Noticed oshЫbku Highlight text and press. Ctrl + Enter
We are
Reports from the militia of New Russia for 27-28 September 2014 of the yearYuri Drozdov: Russia prepared the role of the sacrificial calf
Military Reviewin Yandex News
Military Reviewin Google News
15 comments
Information
Dear reader, to leave comments on the publication, you must sign in.