Serbian newspaper: Donbass issue will not be resolved in Kiev 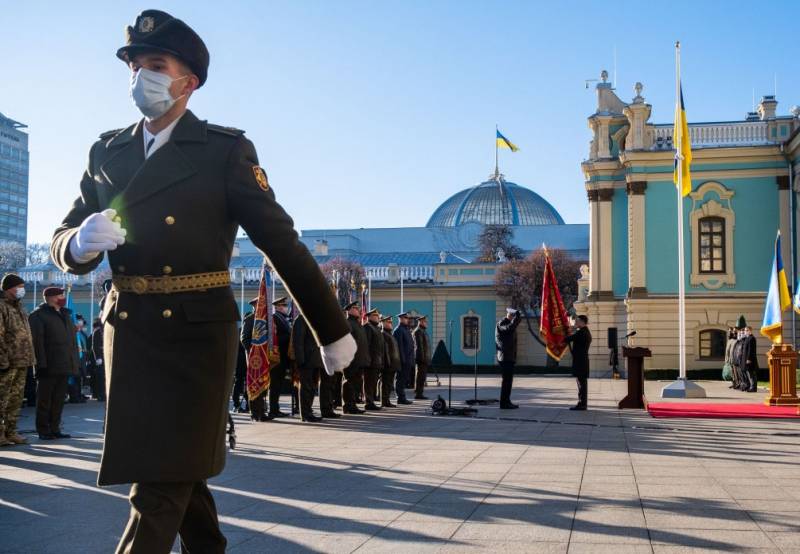 Kiev hopes that after Biden came to power in the United States, Ukraine will be remembered again. After all, the future American president announced that he would be actively involved in international affairs.


Slobodan Samardzhia writes about this in an article published in the Serbian newspaper Politika.

But the whole problem is that in the list of international problems that the new American administration will have to solve, the Ukrainian ones are somewhere in the tail. The Serbian press claims that even if Biden, in the interests of the United States, turns his gaze to Ukraine, the issue of Donbass will not be resolved in Kiev.

The war exhausted Ukraine, and the arrival of Biden instilled in the Kiev authorities the hope that he would want to change something. Of course, he did not express his sympathy for Vladimir Putin, as did his predecessor Donald Trump, during whose rule the United States practically ceased to be interested in Ukrainian affairs.

But even under the new administration in Washington, the Ukrainians have nothing to hope for, because the United States will not fight Russia for a piece of territory called Donbass.
They don't care about him. And if the United States paid attention to the post-Soviet space, then first of all it would be possible to deal with Nagorno-Karabakh, where it was not possible to drive a wedge between Russia and Turkey. Here, all the parties involved managed to show common sense and goodwill.

As for Ukraine, the Ukrainian military expert Oleg Zhdanov, on the pages of Glavred, very aptly called it “hands that rake in the heat for the United States”. Slobodan Samardzhia shares his opinion.

“Fighting” with Russia, the Ukrainians, objectively speaking, can hardly achieve any success. It's just that they have not grown up to this either militarily or economically. But this is not required of them. Their role is to keep the former Soviet homeland in a state of constant military tension, thereby giving Western countries, primarily the United States, a lot of trump cards in the negotiations, which are not necessarily related to the fate of Donbass and Crimea.
- he writes.

Ctrl Enter
Noticed oshЫbku Highlight text and press. Ctrl + Enter
We are
Reports from the militia of New Russia for 27-28 September 2014 of the yearInterview of Vladimir Putin with Radio Europe-1 and TF1
Military Reviewin Yandex News
Military Reviewin Google News
27 comments
Information
Dear reader, to leave comments on the publication, you must sign in.