Reflections on the border shootout 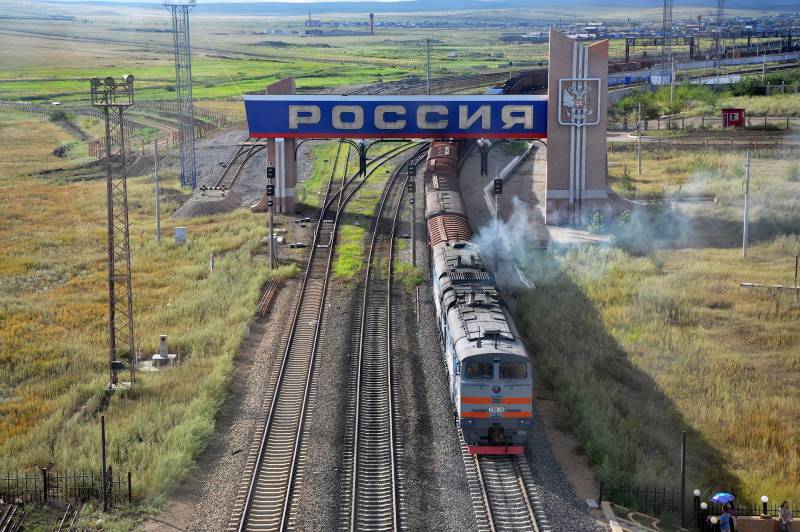 There is practically no material on the shootout on the Russian-Ukrainian border. All articles published by Russian and Ukrainian media are based on reports from Komsomolskaya Pravda and the Wargozo channel. Even the message of the Russian Investigative Committee is just an addition to what has already been published. The reason for this silence is understandable. An investigation is underway, and no one has the right to disclose its materials.

What is known from the media

So, it is known from media reports that a group of four people, one of whom was a "cargo", tried to break through the Russian-Ukrainian border. When passing the border strip, the group was noticed by border guards, who set up a barrier. During the clash, the "load" was thrown, one of the Ukrainians was killed, two others broke into the territory of Ukraine, where they were met by the special forces who were waiting for them.

According to information received from the Investigative Committee of Russia, a submachine gun, a radio and a night vision device were found on the deceased Ukrainian. And according to the Ukrainian branch of Radio Liberty, the murdered smuggler Yevgeny Golubev, born in 1993, who had already been brought to criminal responsibility earlier.

Then, several Russian media outlets immediately reported that Golubev was a member of the Special Forces of Ukraine. Then the fantasy played out. It was the DRG MTR of Ukraine, which was trying to take out the former commander of the Donbass militia. And this group was successfully dispersed by border guards. Yes, it was so successful, especially for a night battle, that the "cargo" was intact. Well, it also happens ... Probably.

I will not talk about some doubts about this version of events. No information - no conclusions. Therefore, we will wait for the official reports of counterintelligence officers and investigators. But it is worth talking about whether the Ukrainian intelligence officers on our territory feel too at ease, and whether we are too liberal towards traitors.

Control over foreigners needs to be strengthened

The fact that the saboteurs are some secret paths with hooves in their hands and a bag of weapons and ammunition crawl across the border on koryachki, let's leave Sentsov for the director. It is not in vain that the border guards are saying a rather hackneyed phrase about "locked border". Today, there are so many technical means that help to control all border posts that even a wolf will not cross the border without the knowledge of the border guards.

Probably, many have seen a fairly large number of videos on the Internet, when there were "border incidents" between wolves, bears and other animals "representing" different countries. A man, even a very well trained one, has little more chance than these animals.

Today you don't have to risk your own skin at the border. The firefight on December 4 showed the outcome of this risk. And the fact that someone managed to break through raises big questions. Today they use completely different schemes. Especially in the situation with Ukrainians in Russia.

Everyone knows that today there are more than three million of them on our territory. As well as the fact that, due to certain circumstances, they are forced to periodically travel to their homeland in order to receive the necessary marks in the documents. They are quite loyal and benevolent people, some of whom have been living in Russia for decades and have never been noticed in any illegal actions. For a common man in the street, these have long been our people. Nobody even remembers that they are citizens of another, anti-Russian state.

Today, the Ministry of State Security of the Donbass republics is well aware of how intelligence officers are recruited. Recruitment methods have not changed since the days of King Pea. A person is put in such conditions when he simply has no other choice but to agree to work for the intelligence of his state. How many such "spies" were caught in Donetsk and Lugansk. How many retired grandmothers told the “kind people” about their defenders, who “dug trenches right in my garden” and now protect their grandmother from the Ukrainian army.

Alas, control over citizens who periodically leave for the territory of Ukraine must be strengthened. We must move away from the blissful state of a united people. Today Ukraine is an enemy. Cunning and capable of any meanness. Numerous acts of sabotage not only in Donbass, but also in Russia have proved this. Let us recall the attempts to carry out sabotage in Crimea, recall the "33 heroes" in Belarus, recall the July detention of a group of Russians in the Moscow region while planning to kidnap and hand over to Ukraine one of the leaders of the Donbass militia.

Why are Ukrainian migrant workers dangerous?

For many Ukrainians who come to work for us, Russia is a great place where you can somehow improve your financial situation. Naturally, such people are looking for high-paying jobs and gladly agree, for example, to become a courier for drug dealers. In this case, you can earn big money in a short time. According to information from the Ministry of Internal Affairs of Russia, today it is the Ukrainian diaspora that leads in the number of couriers in Russia.

To condemn Ukrainians for their desire to earn a lot and quickly? So they came to Russia for this. And the fact that they do not understand that they are acting against the law is stupidity. Everyone understands what they get money for. And this is not the main thing. The main thing is that in this way the employees of the Ukrainian special services go out to the Russian crime. And there, too, "money does not smell."

Here is the answer to why the Russians in the Moscow region worked for the Ukrainian special services. Not Ukrainians, but Russians. A sort of proxy system of the SBU and GUR of Ukraine. We get traitors who don't even realize they are betraying their country. And they are very surprised when they find themselves after being detained “in the wrong office” and “under the wrong articles”.

Back to the shootout

The fact that employees of the GUR and MTR of Ukraine operate on the territory of Russia is no secret. During the USSR era, there were quite serious military intelligence units on the territory of this republic. And to say that GUR today has turned into a bunch of amateurs is stupid. It is silly, if only because the leadership of these units still includes former Soviet intelligence officers, graduates of the Kiev VOKU and other higher educational institutions of the USSR.

The version that was offered to us suits me perfectly. The GUR decided to use smugglers to deliver the "cargo". Weapon? Agree, getting a machine gun, a walkie-talkie and a night vision device for crime is not a big problem today. Especially for the smugglers. From the territory of Ukraine, weapons have long migrated to Belarus and the border regions of Russia. I would not be surprised if Ukrainian machine guns and pistols “surface” in some Yakutia or Kamchatka.

We urgently need to take measures to combat saboteurs and traitors. It may well be necessary to increase the punishment for such actions. It is necessary to involve the media and the capabilities of the press services of law enforcement agencies for broad coverage of events, such as a shootout, arrests of saboteurs and arrest of spies.

I understand that now I will be accused of calling for the return of 37 years. But I see no other way to preserve the stability of the state. Democracy is good exactly until the moment when you are not taken by the throat. At this point, the best democratic procedure will be a good blow to the ears. And not with words, but with fists. But then, when your throat becomes free, you can again talk about solving problems in a diplomatic way. Immediately after the enemy wakes up ...

Ctrl Enter
Noticed oshЫbku Highlight text and press. Ctrl + Enter
We are
Situational analysis of the death of the MH17 flight (Malaysian Boeing 777), made on the basis of engineering analysis from 15.08.2014Syria: Americans scare themselves, and Asma Asad buys chairs
Military Reviewin Yandex News
Military Reviewin Google News
105 comments
Information
Dear reader, to leave comments on the publication, you must sign in.