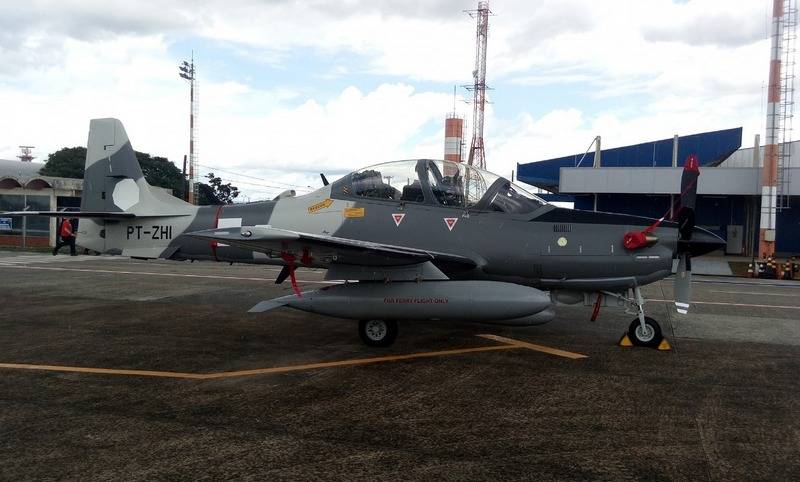 The Turkmen Air Force will receive the Brazilian Embraer EMB-314E (A-29) Super Tucano turboprop combat trainers. As reported aviation resource Scramble, the first two aircraft for Turkmenistan are already ready to be handed over to the customer.


According to the resource, on December 8, 2020, the first two Embraer EMB-314E (A-29) Super Tucano turboprop combat trainers were seen at the airfield of the Brazilian aircraft manufacturing company Embraer in Sao Jose dos Campos (Brazilian state of Sao Paulo) built for Turkmenistan. The number of planes ordered by Turkmenistan is not reported.

The planes are sealed with identification marks and a temporary Brazilian registration. According to available data, in the near future both aircraft will be handed over to the customer, having made an independent flight.

In turn, the bmpd blog reports that information that Turkmenistan is the likely customer of the batch of UBS EMB-314E Super Tucano has already appeared, but there was no official confirmation. In June 2019, the Super Tucano aircraft was demonstrated for the first time in Turkmenistan during a "surprise check of combat readiness" organized by Turkmen President Gurbanguly Berdimuhamedov.

Recall that earlier the Brazilian UBS EMB 314 Super Tucano (A-29) was actively interested in Ukraine. In Kiev, it was planned to replace the Brazilian aircraft L-39 Albatros. It was reported that a delegation of the Air Force of the Armed Forces of Ukraine visited Brazil in 2019, and in the fall of the same year, Ukrainian pilots made familiarization flights on the A-29 in Portugal.