In the United States, talk about the optimal strategy of Russia to control the Black Sea 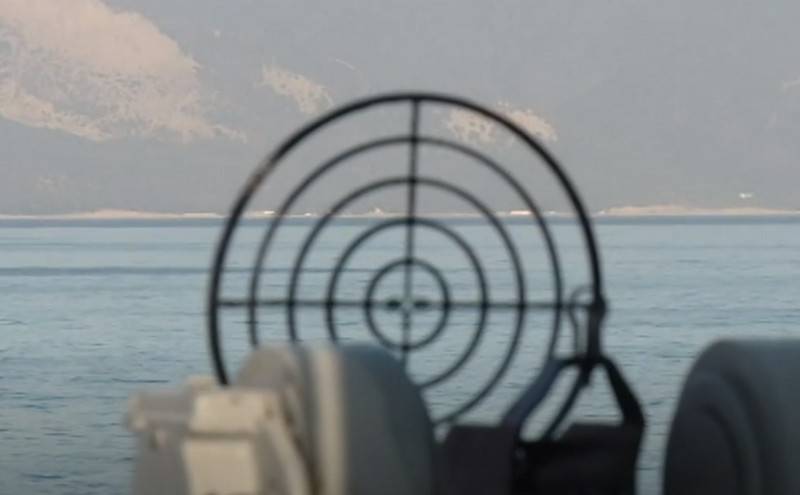 The optimal strategy of Russia in the Black Sea region is the principle: "Divide and conquer". Only by adhering to this strategy will Moscow be able to maintain control over the Black Sea. The American edition of Forbes writes about it.


The American research center RAND (RAND Corporation) has held another war game, the results of which have confirmed that the "divide and rule" strategy is optimal for Russia in the Black Sea region. Simulations conducted back in 2018 were supposed to show the most likely Russian strategy and NATO response in the Black Sea.

The exercises showed that the best strategy for Russia would be a divide and conquer tactic that would help prevent the creation of a coalition that could challenge Russian dominance in the Black Sea. It is easier for Russia to achieve its goal of splitting the region than it is for the United States to unite it
- said the Center.

In recent years, Russia has established dominance over the Black Sea, displacing other countries and taking Crimea from Ukraine. According to Forbes, Moscow considers the Black Sea to be its fiefdom, therefore it is taking steps to prevent NATO ships and vessels from there. At the same time, Moscow understands that the situation is becoming threatening, NATO experts call for the creation of a permanent grouping of the alliance in the Black Sea.

In the scenario of the game, which was prepared by RAND, different teams act as the Black Sea states and the United States. According to the scenario, the action takes place in the period from 2020 to 2025, NATO is trying to expand its naval presence in the Black Sea, Romania is strengthening ties with Moldova. In response, Russia is aggressively expanding its exclusive economic zone in the Black Sea, conducting cyberattacks against Romania. Tensions peaked when a Russian Su-24 attack aircraft lowers over a US destroyer and hits the ship, killing several sailors.

The game allowed each of the teams to choose different options and follow them. These are economic incentives, attempts to persuade potential friends, cyberwar, sending troops, exercises and measures to intimidate the enemy.

While playing out the game scenario, the US team could not win, but the team playing for Russia could not win either. However, using a rich arsenal of means, "Russia" was able to find an approach to the Black Sea states and withdraw some of them from the confrontation. Using the divide-and-rule principle, Moscow achieved a partial victory.

Romania, Ukraine and Georgia did not succumb to Russian pressure. But Turkey and Bulgaria failed: they refused to participate in the NATO flotilla on the Black Sea, thanks to which Russia achieved a partial victory
- took the results of the game in the Center.

The publication noted that the war game was carried out by Western experts with "Western" views on the possible retaliatory actions of Russia, nevertheless, it clearly showed that it is easier to fight the coalition, rather than participate in it.

The exercise clearly demonstrated the extent to which Russia's targeted use of non-military sources of power and influence can eliminate the need to run the risk of open military conflict with NATO. The game shows that it is much easier for Russia to undermine regional unity and resolve to give a unified rebuff to Russian plans than it is for coalitions to form and maintain such unity.
- concluded the RAND experts.
Ctrl Enter
Noticed oshЫbku Highlight text and press. Ctrl + Enter
We are
Yuri Drozdov: Russia prepared the role of the sacrificial calfRussia is taken to the Golden Billion
Military Reviewin Yandex News
Military Reviewin Google News
50 comments
Information
Dear reader, to leave comments on the publication, you must sign in.