2021 will be even worse - nightmares of vaccinations, unemployment and digital yuan 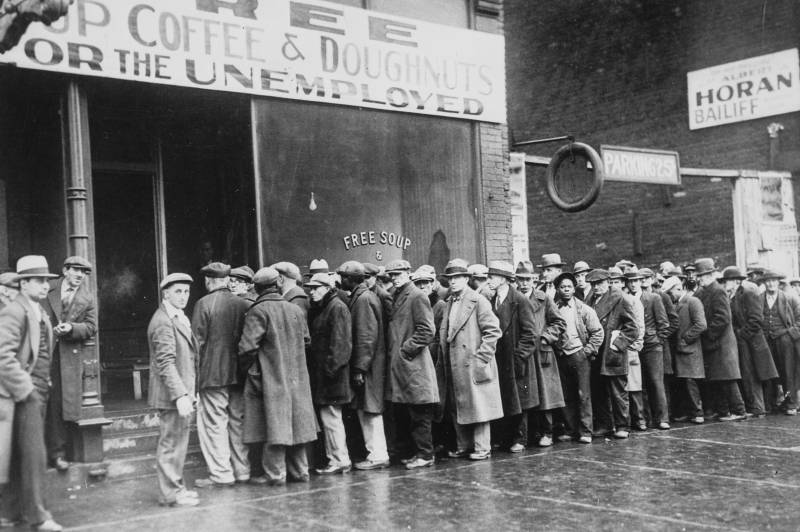 The whole world is eagerly awaiting the start of mass vaccination against coronavirus. But Saxo Bank chief economist Stina Jacobsen warns against euphoria. He believes that the hasty development and launch of a vaccine (more precisely, several vaccines at once) can hit the world economy no less than a lockdown.

Saxo Bank (a leading Danish investment bank) has no doubts that the impact of vaccinations will be negative. Excessive optimism about this is very dangerous: as after the crises of 2008-2009 and 2014.

In general, is there any point in expecting positive forecasts from bankers these days? After two waves of a pandemic and a negative lockdown, and so on in abundance. Nevertheless, catastrophists (like Mikhail Delyagin and his namesake Mikhail Khazin) do not appease.

However, not to say that the traditional skeptic Steen Jacobsen has already joined their ranks. It will be shown below that the negative forecasts of the most experienced banker did not always come true. However, today, in his opinion, the time has not yet come for optimism. 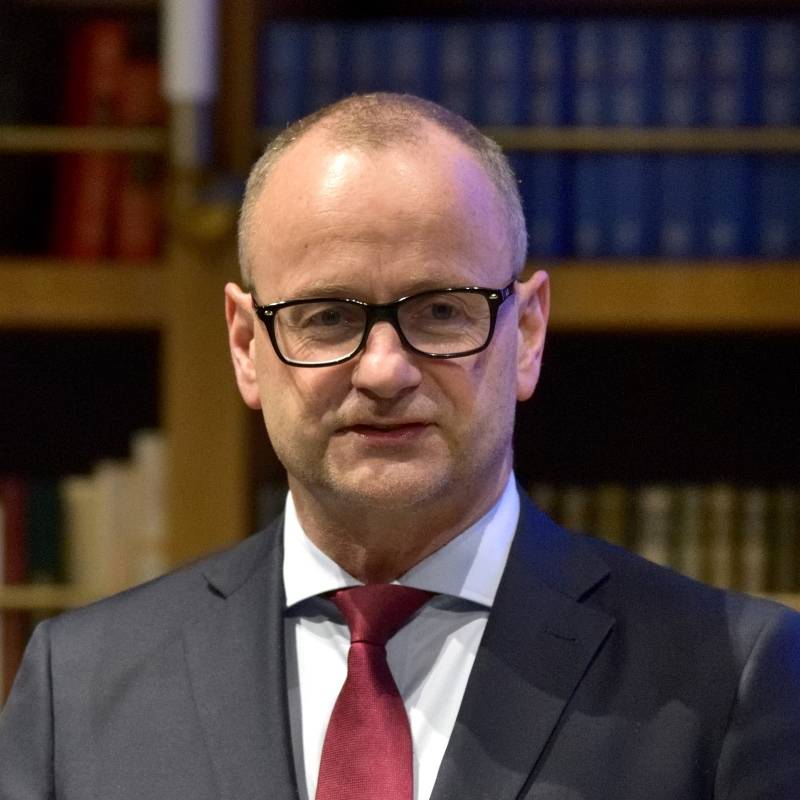 According to Jacobsen, a sharp overheating of the economy, which has been in a state close to suspended animation for several months, is risky in itself, no matter what the Chinese authorities assert. Because of this, the monetary authorities of different countries will be forced to raise interest rates.

The rise in the price of credit resources after they were practically free will greatly complicate the debt situation for a number of companies hoping to get out of the crisis. Difficulties in debt service will put many of those who managed to survive the pandemic to the brink of bankruptcy,
- says the Danish banker.

The banker also seriously fears a strong rise in unemployment around the world. But this process will only start in 2021. It is unemployment that will push the mass of the population out of the megacities, which, according to Steen Jacobsen's estimates, simply cannot but become empty.

As a result, in order to maintain at least relative social stability, as well as to ensure a semblance of effective demand, developed countries cannot avoid introducing a system of so-called basic income.

However, this will not relieve many of them (for example, France) from the need to seek help from Germany. The main reason for this is the growing debt burden, which will inevitably reach 2021 percent of the country's GDP by 120.

Our future is offshore and bitcoin

Not so shocking, but also an original forecast, was made by Steen Jacobsen about online commerce, which grew by leaps and bounds on the SARS-CoV-2 pandemic. The main event of 2021 in this area will be the relocation of the headquarters of the largest online retail company Amazon to Cyprus.

An offshore for such a giant is, of course, the best place. But it seems that Mr. Jacobsen does not know or does not want to know about one thing. About the fact that Russia, almost the main holder of private capital on the island, has just revised the terms of taxation of profits received there.

According to Steen Jacobsen (who at one time reacted very coolly to the advance of cryptocurrencies with bitcoin in the forefront and to the bet on digital money in general), it is in 2021 that a new reserve currency can be expected to appear. And although his allusion to either the same bitcoin or to the Chinese yuan was very transparent, it was never said directly.

Jacobsen opted for a rather streamlined formula. In his opinion, the Chinese authorities, in parallel with the widespread introduction of 5G networks, will put into circulation a digital version of the yuan. 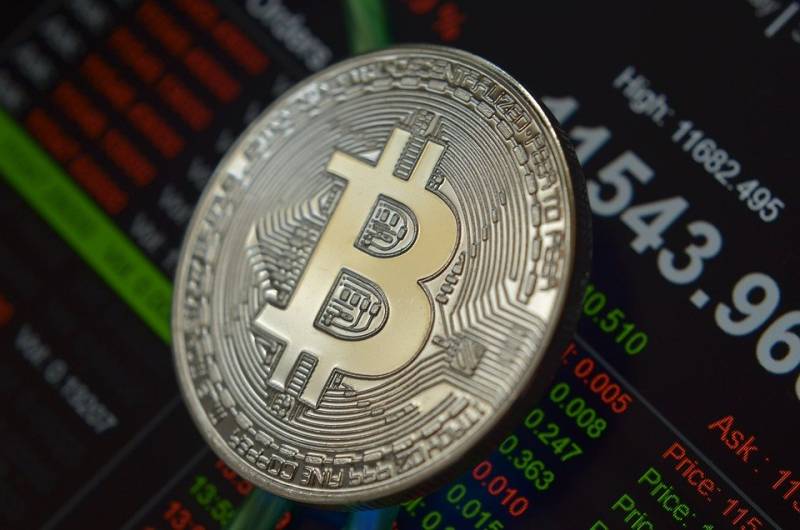 She will become a real competitor to the dollar. Although claims for the status of a new reserve currency will require an unprecedented scale of emission. For cryptocurrencies, this is still unlikely.

Forecast is not a sentence

What is required of a good forecast is something completely different - a guide to action, as specific as possible. But why exactly the frightening forecasts of one of the most perspicacious banking analysts, Steen Jacobsen, once again, after several years of calm, have become the focus of the business press?

The specifics are alarming in his forecasts. Sometimes too straightforward. Some of the analysts who oppose Jacobsen have already said that he does not see the forest for the trees.

Isn't the chief economist at Saxo Bank overconfident, believing that Amazon will be able to negotiate a special preferential tax regime with the island nation? Thus, having received a clear advantage over competitors. Steen Jacobsen, however, admits that in response, the US and EU authorities are likely to take measures to tighten control over digital companies.

Thanks to such measures, along with the rapid development of digital 5G technologies, the most developed countries will acquire a blockchain network ramified to almost all business sectors. Her task will be, among other things, information verification and the fight against fake the news.

In addition, the blockchain network will also provide such hyper-control over citizens that even the notorious “chipization” will fade before its level. Moreover, in such a system of high technologies, according to Steen Jacobsen, it will be those who could be crushed by it that will invest - social networks Facebook and Twitter, as well as telegram channels.

A perfect storm ahead?

Recall that the same Jacobsen (chief economist of a Danish investment bank) earlier warned the world against the second wave of the global financial bubble crisis of 2008-2009. When this wave happened, he no longer doubted that it would not be strong enough, and not too long.

The fact that at that time political risks were superimposed on the economic problems (associated with the events in Syria and Ukraine, which were hardly possible to predict), only added the credibility of the analyst.

The Danish banker also predicted with great accuracy what the US trade war with China would be. And what it will definitely be. And in parallel - with the European Union.

Yes, he did not count on tough sanctions against Russia. Nor did I expect such a powerful exacerbation of the migration crisis. However, you should not demand this from a banker who operates exclusively in numbers in words. 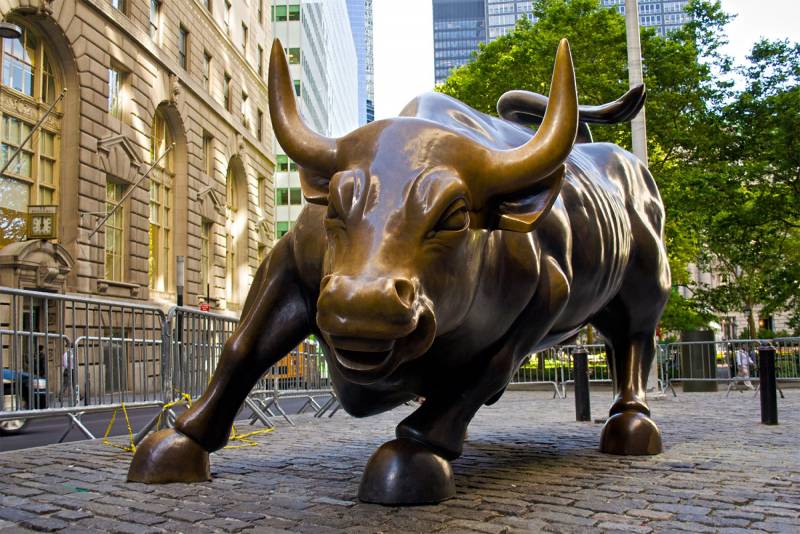 Then Steen Jacobsen predicted a "perfect storm" when the entire world was in a state close to euphoria as it emerged from the second financial crisis.

This term became popular after the release of the blockbuster of the same name starring George Clooney.

But it didn't happen. Although again because unpredictable politics intervened.

By the way, Jacobsen was waiting for the perfect storm at the turn of 2016 and 2017, when the Americans gave the White House to Donald Trump.

The storm then again did not take place. Because the exchanges suddenly remembered something.

More precisely, they remembered everything: and how pragmatic (unlike both the rival Hillary Clinton and the predecessor of Barack Obama) the 45th US President Donald Trump.

And most importantly, they remembered that Trump turned out to be an enemy of financiers and a supporter of industrialists. It seems that he did everything he could to ensure that the money went to the real sector, and above all to the American economy.

But just this cannot inspire stock exchange traders who have long been accustomed to doing nothing but inflating bubbles. But money cannot make money indefinitely. Even if it's dollars. You have to produce, build and provide services.

... And a spoonful of honey in the ointment

However, now, as it was four years ago, the state of affairs in the global economy and finance is even very suitable for a “perfect storm”. Inflation is at its lowest. And this is only good for ordinary people. But there is no incentive to invest in real production.

Due to the pandemic and low rates, none of the holders of large free capital wants to play for "conservation". And it throws funds back into the financial sector. 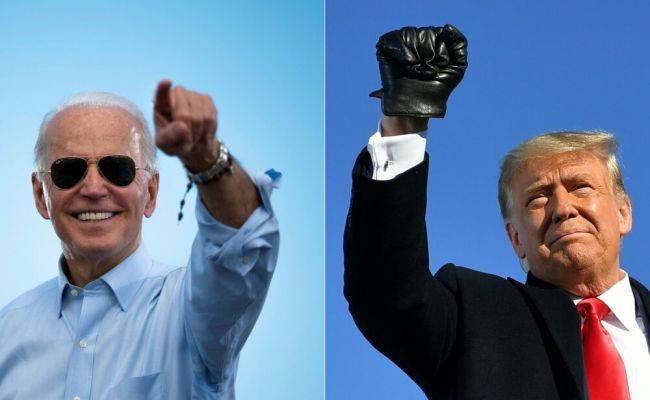 Joe Biden is not Don Trump. He will definitely be for the financiers now.

So indeed (according to Jacobsen), nothing good can be expected even from the post-pandemic warming up of the world economy.

And yet, in the shocking predictions of the Danish expert, there was a place for the positive.

So, in contrast to developed countries, the prospects for countries with developing economies are slightly better. According to the banker, they will receive an incentive for more dynamic development due to the widespread use of cheap high-speed Internet.

Jacobsen is also convinced that 2021 will kick off the energy revolution. In a number of countries, among which he did not directly name Russia, for some reason, the banker expects the launch of thermonuclear reactors using artificial intelligence.

It is characteristic that Jacobsen, who has always advocated alternative energy, has no doubts that the thermonuclear fusion of the third millennium will be environmentally safe. And this is what will solve the problem of the planet's shortage of food and fresh water.

Ctrl Enter
Noticed oshЫbku Highlight text and press. Ctrl + Enter
We are
"Shocking" forecast: oil will rise in price, the ruble will strengthen, the poor will get rich, Trump will not chooseResults of the week. “In our cooperative, the board is always agreed”
Military Reviewin Yandex News
Military Reviewin Google News
118 comments
Information
Dear reader, to leave comments on the publication, you must sign in.