"Copying failed": on the causes of China's problems with aircraft engines 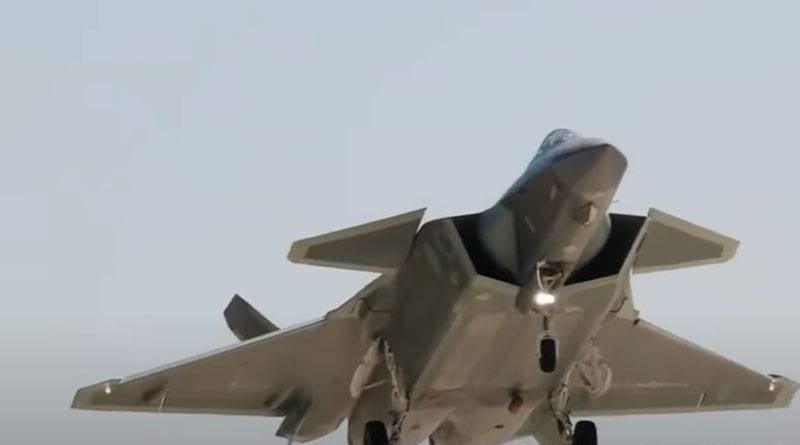 Back in 2018, the US authorities announced a colossal special operation to hack computer networks of 13 global manufacturers aviation and space technology around the world, and above all in the United States itself. According to the Americans, both military intelligence officers of the PRC and representatives of local companies of the corresponding profile took part in this hacker attack on an unprecedented scale. Beijing, of course, denied everything in the most resolute way, but the "sediment", as they say, remained.


It consisted, first of all, in the fact that one of the firms that became the subject of increased interest from cyber hackers was CFM International, a joint venture of the American giant General Electric and the French concern Safran. Meanwhile, it is this company that is engaged in the most important business for the Celestial Empire - the design and creation of LEAP-1C turbojet engines for the most promising Chinese airliner C919, which, according to the plan of its creators, will have to become a successful competitor for such machines as Airbus A320neo and LEAP-1B for Boeing. -737MAX.

The new aircraft's "flame engine" is planned to be equipped with incredibly innovative features such as, for example, the 3-blade carbon fiber propeller made of carbon fiber material with honeycomb rubber core, made using 18D WRTM technology, which significantly increases the aircraft's flight characteristics. Also, its "highlight" should be a two-ring combustion chamber, an improved cooling system and other points.

Interestingly, in the Middle Kingdom it was previously planned to create its own engines for the C919 - CJ-1000A and CJ-1000V. The first, in theory, was supposed to go for certification in 2022, the second - a year or two later. It was planned to launch these engines "into series" no later than 2025-2026. Nevertheless, so far there is no rumor or spirit about any significant successes of the Chinese aircraft manufacturers. Doesn't this explain someone's desire to dig into CFM International computers?

It should be noted that having accumulated tremendous experience in reproducing with a high degree of accuracy any mechanisms and electronic devices - from wristwatches, tape recorders and computers to fighters and aircraft carriers, the Chinese comrades decided to follow the same usual path in the construction of aircraft engines. However, this time the number did not work.

Today, in fact, several countries in the world can create such high-tech products of a modern level, which, without exaggeration, have centuries of experience in this matter, and, most importantly, an appropriate scientific and production base. USA, Britain, France, Russia. Perhaps Japan and Germany could "compete" with them, but there such things came under a strict ban after the Second World War.

It turned out to be almost impossible to create a "clone" of the engine that you liked - the slightest deviation in technological processes or applied materials nullified all efforts and tricks. Here are some specific examples. Thinking about creating their own fighters, back in the 80s of the last century in the Celestial Empire, they "aimed" at the American F-404-GE-402 and F-404-GE-F1D2, produced by General Electric for F / A-18 and F fighters -117A Nighthawk.

However, upon a thoughtful study of the issue, the Chinese comrades came to the conclusion that, with all their desire, they would not be able to repeat them in the quality that would ensure the reliable and safe operation of combat aircraft. Copying failed.

Subsequently, relations between the United States and China finally deteriorated, and there was no talk of any military-technical cooperation. Then Beijing promptly "switched" to the Russian military-industrial complex - naturally, without abandoning its intentions to "borrow" technologies.

Here the business has advanced more successfully - domestic products are less complex and whimsical, but more reliable than American ones. Yielding to them in some technical parameters, they are often less "demanding" in terms of manufacturing and operation. However, with our RD-93, which became the "hearts" of the new fighters of the PLA Air Force, everything also turned out to be far from as simple as expected. Yes, in the end we managed to copy them under the WS-13E brand (Taishan-21). However, it did not work to repeat exactly the alloys that are used in Russia to create engine compressor blades and allow it to work stably at colossal fuel combustion temperatures.

However, the Chinese craftsmen found a way out - they applied special ceramic compounds to the working surfaces of the engine, which instantly increased the heat resistance and extended its service life to 2200 hours. True, it took more than one year to complete everything, but today, for example, the Pakistani Air Force is already purchasing Chinese JF-17 fighters, equipped with just WS-13E. However, this engine is no longer enough for promising J-20 fighters. Flies in Russian ...

Today in China, work is underway on the WS-15, however, as far as is known, it has not yet been possible to achieve stability from it. What can you do - for all their persistence, the local comrades have not yet learned how to create flame tubes and gas turbines at the proper level. So it turns out that, for example, the only real engine capable of lifting such PLA Air Force machines into the sky as the Y-20 military transport board and the N-6 long-range bomber is the Russian D-30KP2, which is, in fact, the development of the Soviet The military-industrial complex of the 60s - 70s of the last century. The Celestial Empire set out to create a worthy replacement for it - the W-20 turbofan engine. To do this, they are planning ... Yes, that's right - to copy the next product of the American General Electric as carefully as possible.

According to experts, despite all their current successes in the field of industry and science, the ability to demonstrate truly explosive growth in these areas, as well as a true talent in mastering new technologies, Chinese aircraft manufacturers cannot yet reproduce even Soviet aircraft engines at the proper level. However, taking into account the forces and means that the PRC are "thrown" into this industry, it is quite possible that here too it is not so long to wait for a "breakthrough".

Ctrl Enter
Noticed oshЫbku Highlight text and press. Ctrl + Enter
We are
What you didn't want to know about EnglandList of destroyed the largest and most high-tech enterprises
Military Reviewin Yandex News
Military Reviewin Google News
112 comments
Information
Dear reader, to leave comments on the publication, you must sign in.