Where, sir, did you get carried away? Is De Gaulle really affordable for you?

December 14 2020
100
Both laughter and sin. Emmanuel Macron, President of France, has officially announced that a program is currently underway to develop a new nuclear aircraft carrier to replace the country's existing Charles de Gaulle aircraft carrier. 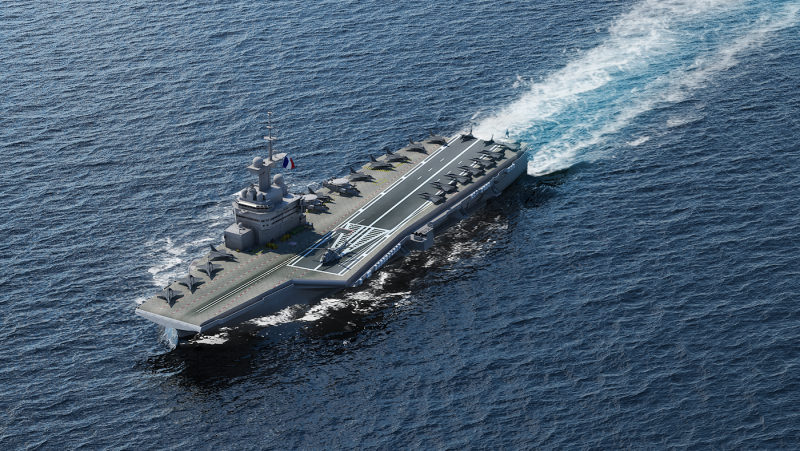 News stunning. So much has already been written about Charles de Gaulle, how many times we have already discussed this floating catastrophe, and here you are ...

I just want to sing a paraphrase from a film about the musketeers: “Where, sir, did you really get carried away? Really you can afford "De Gaulle"? "

But it turns out that the aircraft carrier rake is pulling Macron to itself. Few accidents, few irradiated sailors, few frankly funny situations - let's continue! Well, if finances allow - why not? We are not going to advise the French on how to spend money from the budget in this difficult time? We will not. We have our own budget, our own problems.

They want another strange ship - good luck to the shipbuilding company "Naval Group", which is owned by the state (albeit partially, but nevertheless), which, as they say, "has already created the concept art of the new ship."

Concept art even sounds scary. It will be PANG, or Porte Avion Nouvelle Generation, which in French sounds like "a new generation aircraft carrier."

Sounds scary. Especially considering that the aircraft carrier was doing it now of the old generation.

But there is a nuance: Macron made this statement not at a press conference or during an address to the people, but during a visit on December 8 to Framatome, a company that builds nuclear reactors and related equipment.

It is clear that it is Framatome who is going to build the power plants for the new ship. It is logical, because it was in the workshops of this company that the "Charles de Gaulle" unit was born, which proved to be so excellent during the service of the ship. And what, the move reported? Well, yes, not 27 knots, but 24, but this is because the propellers were from other ships. And more than two hundred irradiated people are also tolerable.

By the way, the French government also has a controlling stake in Framatome ... So everything is reliable.

In France, it is believed that by 2038 "Charles de Gaulle" will finally get the country's treasury with its endless repairs and accidents, so the best that shines for him is disassembly and disposal. It is very difficult to say how good the radioactive needles from de Gaulle will be.

Therefore, today Macron decided that it was high time to think about a new leader for the French fleet.

“Charles de Gaulle, as you know, will end his service in 2038. That is why I decided that the future aircraft carrier, which will represent our country and our fleet, will be nuclear, like Charles de Gaulle, - said Macron. 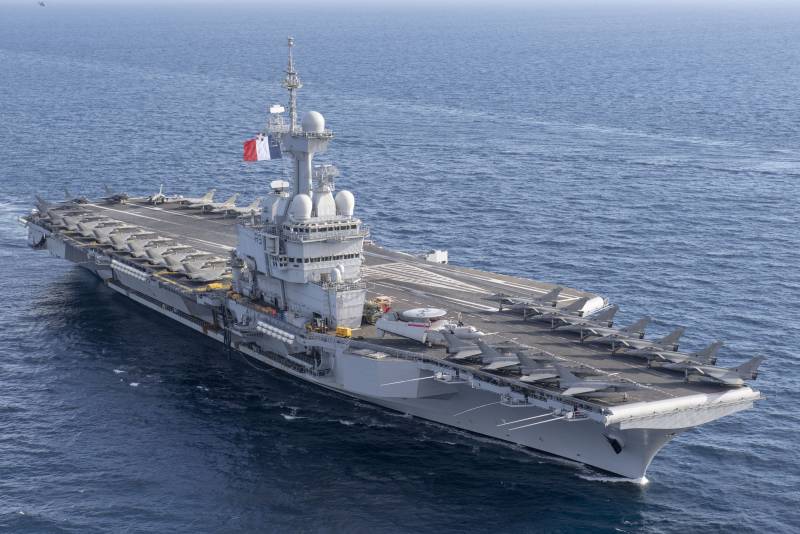 Two K22 nuclear reactors will power the ship's propulsion system and give the ship a speed of up to 27 knots and power all systems of the aircraft carrier, including electromagnetic catapults for aircraft.

In general, the aspiration of the French military and non-military is understandable. Build a huge ship, providing jobs for many in the nuclear industry. Build planes for him.

In general, nothing new. Considering how valuable the Charles de Gaulle has become for the French fleet, the new ship will not need much effort to outperform its predecessor.

According to available information, the new aircraft carrier will be able to normally accommodate about 30 fighters. It may have originally been Dassault Rafale-M fighters, but according to the French military, the ultimate goal is to carry the next generation fighters (NGF), which is now being developed under the Future Air Combat System (FCAS) program. 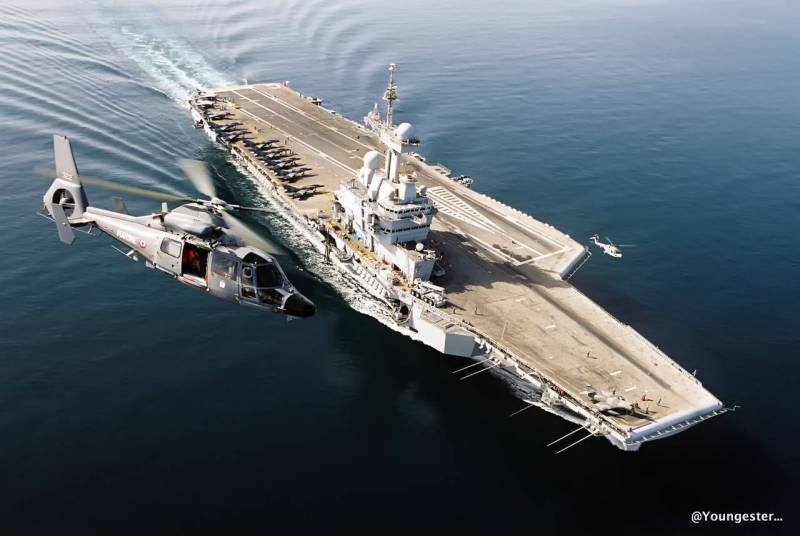 Source: weapons.technology.youngester.com
If everything is clear with the planes, France and Germany are developing a program, the drones will be supplied by Airbus. Nice kit, there is someone to work with. The FCAS program of one of the concepts involves the use of one new generation fighter, accompanied by three UAVs.

However, all this splendor is still under development. But there is time, as much as 18 years. This is a lot, this amount is enough to complete the development and even build everything you need.

Another question is how well it will turn out in fact?

Its predecessor, the Charles de Gaulle nuclear-powered aircraft carrier, which was actually equal in cost to the American Nimitz-class aircraft carrier, did not perform well. To spend more than half of the 20 years of service in repairs is absolutely not serious.

However, it is not for us to judge. But the fact that if the situation does not improve dramatically, then the French fleet is unlikely to be blessed with a new flagship. More precisely, the flagship may appear, but how real it will be a combat ship ... 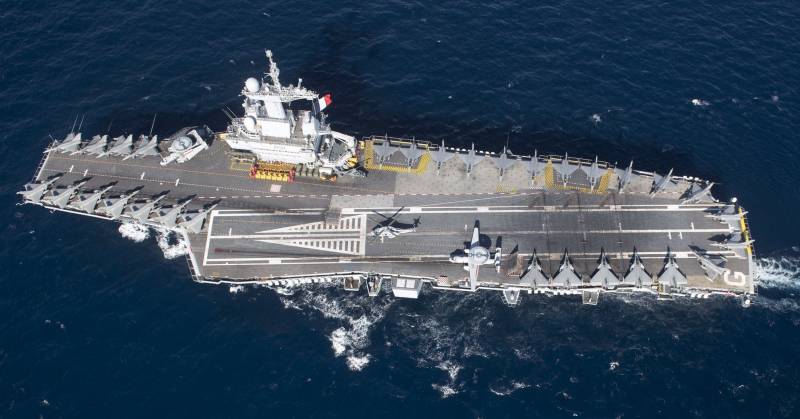 Photo: Marine nationale
In general, about "Charles de Gaulle" is more than enough to make it worth thirty times to think about whether it is worth repeating at all history nuclear aircraft carrier, which is not capable of anything.

Ctrl Enter
Noticed oshЫbku Highlight text and press. Ctrl + Enter
We are
Defective aircraft carriers are not suitable for the Russian fleetCharles de Gaulle. The ship is a disaster
Military Reviewin Yandex News
Military Reviewin Google News
100 comments
Information
Dear reader, to leave comments on the publication, you must sign in.