Putin: "Look, no matter how we succeed, as in the Soviet Union - everything is there, but not everyone has enough" 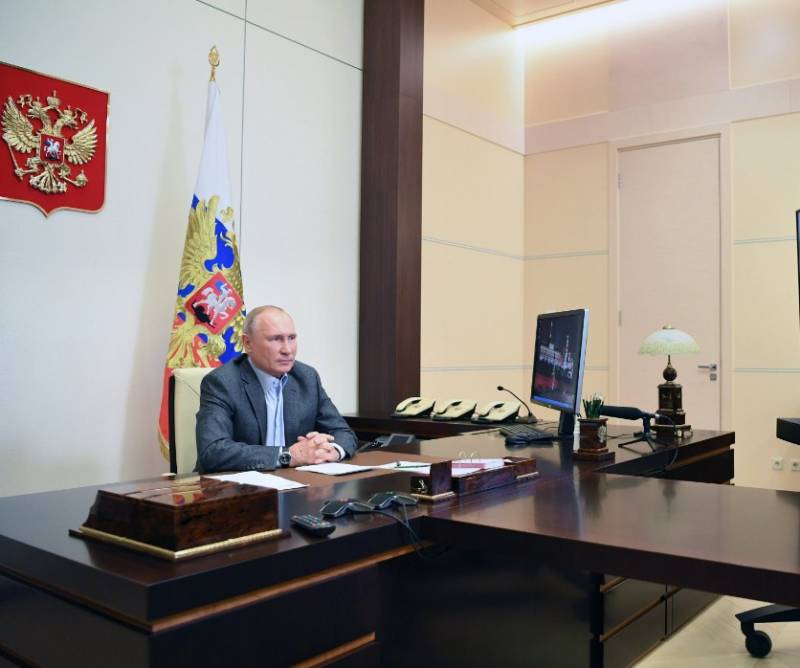 Speaking at a meeting with members of the government of the Russian Federation, President Vladimir Putin stressed that in the modern world, a situation should not be allowed when people have nothing to eat.

We will discuss all these topics in more detail at the next meeting on economic issues. But look, no matter how we succeed, as it was in the Soviet Union. Do you remember what they said then? They used to say: "The Soviet Union has everything, but not everyone has enough." But then there was not enough, because there was a deficit. And now it may not be enough, because people do not have enough money to purchase certain products at the prices that we observe on the market,
- said the head of state.

Of course, it is difficult to disagree with the words of the head of state. But on the other hand, we must not forget that Vladimir Vladimirovich has been at the head of state, in the posts of president and prime minister, for more than twenty years in aggregate. Therefore, if someone is to address the question of why people do not have enough money for food and why food is so expensive in relation to the salaries and pensions of Russians, then first of all it is to him, the head of the Russian state.

Now the Russian economy is really going through a difficult period, but a few years ago food prices were also not low, and in the same way, millions of Russians were forced to survive, choosing what to buy cheaper.

Neither sanctions, nor a pandemic, nor political contradictions and nor currency inflation are in this case the main reason for this situation. It cannot be said that Russia has no money. Therefore, the question here is rather ideological, or, more precisely, ideological: on all levels of the power vertical, at the head of corporations, companies, firms and small firms are people who are sincerely convinced that the people should be content with little, and even thank them for this little. We can recall the repeated statements of officials that “the macaroshki are always the same”, that parasites and drunks receive 8 thousand rubles of pensions, that no one forced them to give birth, and so on ...

Their own well-being and excessive consumption, including the acquisition of many houses and apartments, including those outside the country, entire car fleets, opening huge bank accounts, business owners and even government officials believe, even if they deny it in words, the most important and main task is not while admitting at the same time the thought of a possible increase in the wages of their employees or subordinates by cutting their own consumption, their own income.

If the most ordinary people see and understand this - from schoolchildren to pensioners, it would be strange to think that the head of state and his inner circle do not understand the real situation in the country. But speeches are needed, critical remarks are needed to calm people down and create the appearance of a "good tsar" in front of "bad boyars." Or the president is really hovering in the clouds, believing that local officials have long ago dealt with the economic problems of citizens.

In fact, behind the words that one should not allow the lack of money for food, it costs nothing, no decisions, even hypothetical ones. There are several million unemployed in the country and no one is particularly interested in what they eat, how they buy clothes, how they pay for utilities. The official size and procedure for the payment of unemployment benefits is such that in fact completely negates their entire meaning.

In fact, the only logical continuation of the president's words can only be the introduction of an unconditional basic income for every citizen of the country, at least in the amount that would be enough to purchase a minimum set of products, so as not to die of hunger, as they say. But so far even the richest countries in the world have not dared to take such a measure, what to say about our country. So reasoning remains reasoning, and reality remains reality, and you and I are well aware of this, and, I believe, the President in the first place.

Ctrl Enter
Noticed oshЫbku Highlight text and press. Ctrl + Enter
We are
Reports from the militia of New Russia for 27-28 September 2014 of the yearDecember 2010 years. Russian March. Senseless and merciless? Notes not a Russian person
Military Reviewin Yandex News
Military Reviewin Google News
337 comments
Information
Dear reader, to leave comments on the publication, you must sign in.