OTRK "Iskander-M" tested at the sea test site near Arkhangelsk 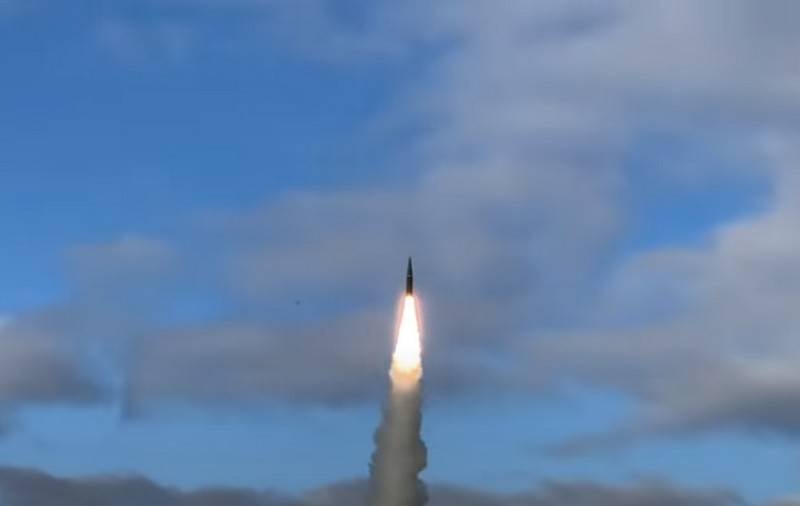 The Iskander-M operational-tactical missile system (OTRK) was tested in sea conditions. The commander of the Western Military District, Alexander Zhuravlev, announced the conduct of a military-technical experiment in an interview with the Krasnaya Zvezda newspaper.


According to the commander-in-chief of the Western Military District, in early July 2020, a military-technical experiment was carried out at the central naval training ground of the Ministry of Defense in the Arkhangelsk Region using the Iskander-M OTRK. The experiment involved the calculation of the OTRK from the ZVO, which launched a missile at the target and hit it. The commander did not give other details of the experiment.

As part of a military-technical experiment of the Ground Forces with practical launches in early July at the state central maritime range of the RF Ministry of Defense in the Arkhangelsk Region, the calculation of the Iskander-M missile system of the missile brigade of the Guards Combined Arms Army of the Western Military District hit the target perfectly
- quotes the publication of the words of Zhuravlev.

Note that in July of this year, the Ministry of Defense made a decision to engage the Iskander-M missile launcher to attack enemy ships and landings to cover the coast. This exercise will be included in the standard missile combat training program from this year.

OTRK "Iskander-M" is in service with missile brigades of the RF Ground Forces. Equipped with cruise and ballistic missiles. According to the Chief of the Missile Forces and Artillery of the Ground Forces, Lieutenant General Mikhail Matveyevsky, to date, the potential of the Iskander-M OTRK is less than half realized.
Ctrl Enter
Noticed oshЫbku Highlight text and press. Ctrl + Enter
We are
Defense Ministry completes rearmament of missile brigades at OTRK Iskander-MZVR first team completely transferred to the "Iskander"
Military Reviewin Yandex News
Military Reviewin Google News
43 comments
Information
Dear reader, to leave comments on the publication, you must sign in.