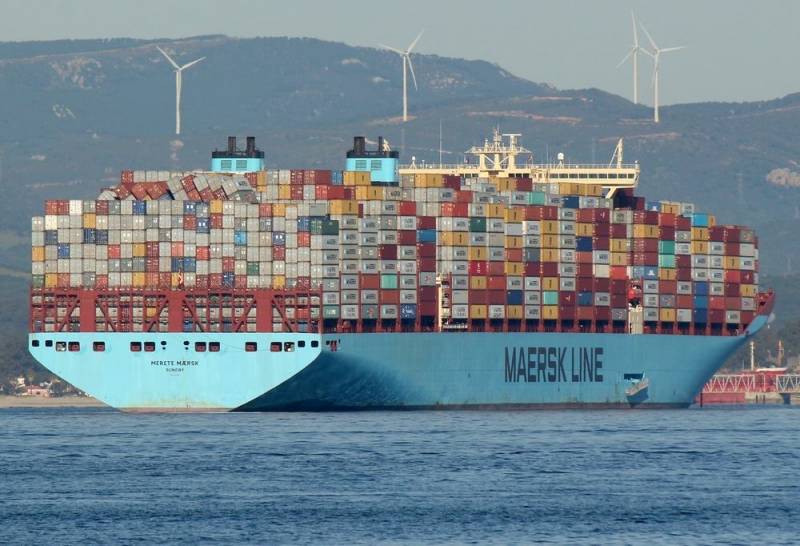 This article was written in response to Timokhin's Nuclear Illusions.

The original article considers two options for a nuclear strike on US soil. And its author comes to the conclusion that even under ideal conditions, the capabilities of the United States to wage war will remain. Two options under consideration: for strategic weapons and for the enemy population, respectively. I agree with the main conclusions of the article.

The Launcher Strike is a scenario that has been thought out to the smallest detail over the past 70 years and requires significant efforts to achieve modest results. This is a click on the enemy's strong point. Historically, it can be compared to tank battle (on Zamulin - defeat) at Prokhorovka.

A more correct scenario is a strike on a vulnerable spot of the enemy, like the actions of the Wehrmacht in 1941 or the Red Army in 1944-1945. A breakthrough in a weak spot, a pogrom of headquarters, carts, warehouses and columns on the march. You might think that a kick in a sore spot is just the second scenario considered in the article, the barbaric destruction of the civilian population. The author concludes that it will not be possible to inflict fatal damage.

Indeed, strikes against the most densely populated areas will target less of the population, and this population will more often be poor and of color. And the States can import such a contingent in unlimited quantities and practically free of charge. If they want to. Careful counting may also counter the effect that such weeding has reduced the number of eaters and grievances and increased military capabilities. There will not be enough bombs for the extensive one-story buildings.

I would also like to note that even the Mongols of Genghis Khan did not set goals for the destruction of the population. It is difficult and pointless. Although often this, of course, ended.

The collapse of the global network

I will note the main weakness in the author's constructions. His reflections follow the logic of the Cold War, when most countries in the world had self-sufficient economies.

Thirty years of globalization have significantly changed the balance. And today the world economy is a global network. A relatively unipolar world led to this, as well as the most basic economic patterns described by Adam Smith. Concentration and specialization grew, and labor productivity soared. The division of labor expanded.

This means that the suspension of the activities of this global network will create the countries of the world, including the United States, a huge mass of problems that will be of higher priority than the war with Russia. Whoever makes the screws will be left without nuts, and vice versa. New computerized tractors often cannot plow without a satellite and the Internet.

Breaking complex networks is a well-studied discipline that did not emerge yesterday. For communication networks, organizations and conspiracies, the fight against drug trafficking and the spread of rumors - here from ancient times to our time, there is one rule: hit the main nodes. Only now mathematical models have come to the aid of the military.

Networks have their own laws of concentration. To minimize the diameter of the network (ie, the forwarding steps), an efficient system inevitably has central nodes. Their destruction turns the net into a garland or completely fragments it.

What are the main nodes of this global network? These are ports, railway junctions, communication and data storage centers. Importantly, most of these facilities are located on the outskirts. And strikes on them do not lead to large-scale casualties of the population.

My approximate estimate of the number of such anchor points in the United States is 100.

First, these are the 20 largest ports. The USA is unusually lucky with geography, the main population of the country lives along three coasts. Looking at their geography, it is generally not clear why they are climbing somewhere else. It would seem, live - yes rejoice. It is important that the ports are used for both external and internal logistics. In addition, each port is a huge fuel and lubricants warehouse. Double benefit, as they say.

The second class of nodes is telecommunication. Google has a dozen datacenters. Amazon has the bulk of its equipment, in general, concentrated in two complexes near Washington. There is also a giant NSA Bumblehive datacenter, which contains a lot of compromising evidence on all our politicians. I think this goal will be a priority in any development of the conflict.

Internet connectivity is provided, first of all, by traffic exchange points located in large cities. In the event of inevitable strikes against the 20 largest cities, little will remain of this infrastructure.

The third class of nodes are key industrial facilities, including a strategic oil reserve. The destruction of processor manufacturing, starting with the Intel complex in Arizona, will put an end to the US technological leadership forever.

The fourth is miscellaneous. Railway junctions, strategic warehouses, and further according to the textbook.

All these are very expensive objects that were built in conditions of peace, abundance, a working industry and logistics. If these goals are defeated, even with a saved population, the States will need to deal with their problems for ten years. And then return to thoughts of expansion. If there is still such an opportunity.

Most likely, China will have mastered everywhere by that time.

So, the more important problem I see is the protection of the Russian infrastructure and population from a blow.

Losing control of the global economy is not a problem that may worry us.

The survival of million-plus cities in such scenarios is much more urgent. If the population had been at least stretched along the high-speed lines, the situation would have been noticeably better.

The key to peace is the unacceptability of war for the enemy's elite.

They can somehow survive the destruction of half the population.

The destruction of the very system that ensures their power and wealth is not.