"Onyx" instead of "Zircon" 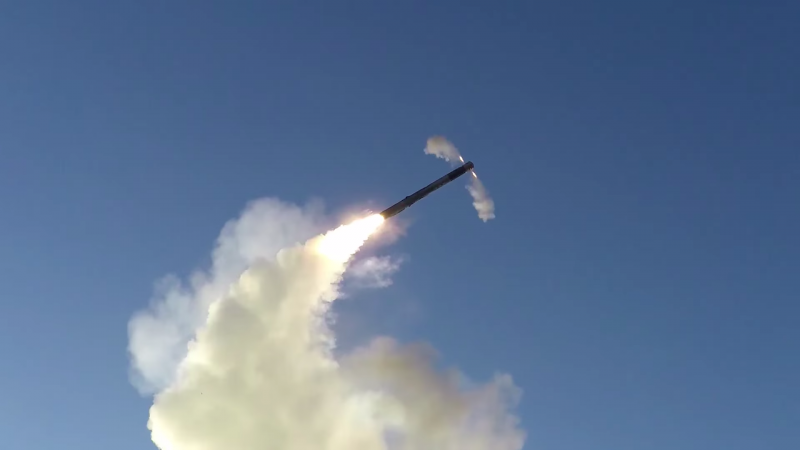 The tests of the Zircon anti-ship missile system did not come as a big surprise. This история did not assume any other development of events. Lots of smoke and fire close up. Tests of the latest hypersonic missile.

While we were reading brief military statements “the speed of 8M was reached, the missile successfully hit the target,” Western experts were able to discern something interesting.

For the first time, H. I. Sutton, author and publicist of the USNI organization, which studies the development of naval forces in the world, drew attention to this moment. The quality and depth of analysis betrays this man as an expert on Russian weapons. At least he noticed details that are known only to a narrow circle of anti-ship missile (ASM) developers and naval personnel who have experience with this. weapons.

So, in the world there is only one unique type of RCC. The key external feature of these missiles is the detachable air intake cover with jet engine nozzles, which are responsible for the orientation of the anti-ship missiles after launch.

This is the Russian P-800 Onyx with its export variations (Yakhont / Brahmos).

The mysterious design of the Onyx is a consequence of its marching supersonic speed. The rocket consists almost entirely of a ramjet engine (ramjet), around and inside which the rest of the systems are located. The main engine P-800 develops nine times more thrustthan the engine of a cruise missile "Caliber". Due to its energetic capabilities, inaccessible to any other anti-ship missile system, "Onyx" is capable of developing speeds at high altitudes 2,6 times the speed of sound!

This is an unexpectedly large and long-range missile that stands out sharply against the background of other anti-ship weapons of the 500st century. Capable of hitting naval targets at a distance of XNUMX+ km. In terms of launch weight, Onyx is five to six times heavier than a typical Western-style anti-ship missile. And almost twice the mass of the long-range cruise missiles "Tomahawk".

The mass of the "Onyx" with the launch cup reaches 3,9 tons, and the length is 9 meters. That is already close to the limit values ​​for the shipborne firing complex (UKSK, 3S14). In which vertical launch units (VLR) are used with a length of 9,5 meters.

It should be noted that the vertical cells of the UKSK are longer than the cell of the American UVP MK.41. The difference is significant, it ranges from 1,8 to 4 meters, depending on the modification of the Mark-41. There are also differences in transverse dimensions.

Not a single NATO ship, even in theory, is capable of launching a 9-meter supersonic missile.

The dimensions of the domestic UKSK are directly related to the presence of a "long" anti-ship missile system with a body diameter of 670 mm in the ammunition load. Other loading options provided by the Kalibr family of missiles do not require large launchers. "Calibers" can even be launched through a standard 533-mm torpedo tube.

Supersonic anti-ship missiles have a lot of stringent requirements. Both for the design of the rocket and for its carriers.

"Caliber", like all subsonic missiles (X-35, "Harpoon", "Tomahawk", LRASM), uses a compact air intake that opens after launch in the tail section. The front part of the KR hull is entirely occupied by the guidance system blocks and the warhead. 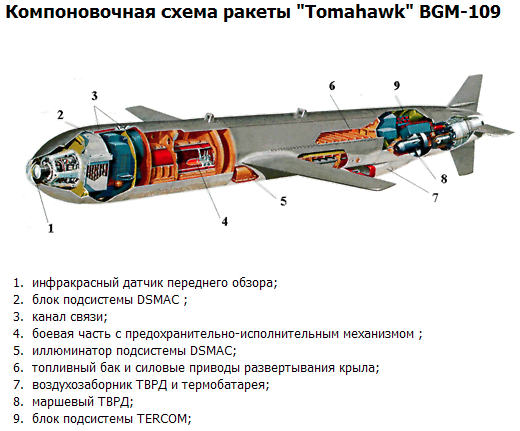 Everything is different with Onyx. In the nose of the rocket there is an air intake cone. It houses the GOS, onboard control equipment and a warhead. The diameter of the cone exceeds that of the fuselage of the American Harpoon rocket.

Rocket layout: 1 - seeker; 2 - onboard control system equipment; 3 - warhead; 4 - fuel tank; 5 - steering drive; 6 - starting and accelerating engine.
To prevent foreign particles from entering the engine at the time of start, the air intake is closed with a massive cover. But the creators of Onyx went even further. Jet engines of the attitude control system are built into the cover, which are triggered after the anti-ship missile system leaves the launch shaft. Their short-term impulse turns the rocket into a horizontal position, in the direction of flight towards the target. In the next second, the cover is reset, freeing the air intake of the main-speed ramjet engine.

"Onyx" is such one

No, he's not alone. Another rocket appeared in the world with the same algorithm for launching operations. On the presented frames from the ZM22 "Zircon" tests, one can see the warhead, which is very similar in form and content to that of the Onyx rocket. Pay attention to the moment the rocket leaves the UVP.

Further, observing the start-up process, we can clearly see the operation of the orientation engines in the head of the "Zircon" with the subsequent separation of the air intake cover.

Launch of the Onyx anti-ship missile system. Slow motion.
Based on these observations, we can conclude that the Zircon design uses solutions similar to the 2,6-swing Onyx.

The use of a drop cover clearly indicates the presence of an air intake at the head of the rocket. There can be no other reason to cover the warhead during the start. Consequently, the air channel passes through the fuselage, through and through, to the engine installed in the tail section.

This means that in its appearance and layout, the hypersonic Zircon is much more in line with Onyx. And it does not at all look like an apparatus with a wedge-shaped asymmetric body and a narrow box-shaped air intake under the fuselage. Which for several years was passed off as "the alleged appearance of a hypersonic anti-ship missile system."

The real name of the experimental aircraft is "Waverider".

Every detail raises questions. Here is a system of three equations:

1. The appearance and layout of the "Zircon" were similar to the existing anti-ship missile "Onyx". The fact of using the same technical solutions (the head cover with orientation motors and the layout with an axisymmetric air intake) was recorded.

Based on real-life examples, we know that an increase in speed to the "ridiculous" 2,6 speed of sound entailed radical changes in the design of the Onyx - compared to the subsonic "Caliber".

Indeed, who would now believe the price that had to be paid to achieve Mach 2,6? Today's audience is spoiled by promises of 8 and even 9 speeds of sound. This is strength, this is scale!

But back to harsh reality.

"Onyx" - the fastest of the really existing anti-ship missiles - has characteristics at the limit of the design capabilities of both the rocket itself and its carriers. The last reserves were “squeezed out” from the technologies of our time. The mass of the Onyx warhead has been reduced by 1,5 times compared to the lighter Caliber. The hull is converted into a ramjet air intake. The space of the combustion chamber of a ramjet engine (before it is turned on at a speed of 2M) is used to accommodate a solid propellant booster. If a separate booster was used, like the Caliber, such a rocket (due to its length) would not fit on any ship.

If this is 2,6 times the speed of sound, how much more powerful did the Zircon need to reach Mach 8?

And what changes should have taken place in the appearance, layout and size of such a rocket? Compared to the "slow" supersonic P-800?

The main question is, how different is the ZM22 Zircon from the Soviet Onyx missile?

Has anyone thought about this?

The history of "Zircon" began with statements about the achievement of a speed of Mach five or six. In the winter of 2019, applications began to arrive on the achievement of 9M. Now we decided to stop at 8M. I wonder if the officials who give the Mach numbers in no particular order understand that these numbers mean different aircraft?

A hypersonic ramjet engine for a speed of 8M cannot operate in another mode, at a speed of 6M. The fuel-air mixture will not have time to burn in his chamber. Otherwise, the 6-fly motor will be choked with air at eight speeds of sound.

An example is the X-43 overseas program for the creation of hypersonic vehicles with a scramjet engine envisaged the construction of three different concepts. For flight speeds equal to 5M, 7M and 9,5M.

Another point is related to acceleration to the speed at which the scramjet operation becomes possible. As follows from the example with the X-43A apparatus, its acceleration to the operating speed (9M) was carried out using a 19-ton Pegasus launch vehicle.

The slower X-51 Waverrider was not bad either. Its booster stage (up to a speed of 5M) was a short-range ballistic missile ATACMS.

It remains to add that both spacecraft were launched not from the surface, but from the stratosphere. Where were delivered by the B-52 bomber.

The experiment once again proved the extreme energy consumption of flights at hypersonic speed.

Returning to Zircon, it is unclear how such energetic capabilities were achieved in the size of Onyx?

Simpler questions related to thermal protection at a speed of 8M can be ignored in this case.

The above facts are the reason that the appearance of "Zircon" is kept in strict confidence. At a time when other samples of top-secret, but really existing weapons "shine" in all the details. If a promising rocket turns out to be a copy of Onyx, then questions of specialists will inevitably follow, to which no intelligible answer can be given. After all, the solutions used to create the Onyx did not even allow us to approach the speed of 3M.

Eight speeds of sound mark the beginning of a new technical era. Such a "product" cannot have anything in common with existing anti-ship missiles.

Today the situation is as follows.

On the left is the launch of Zircon. On the right is an Onyx launched from the Bastion coastal missile system.
On the other hand, there are statements by “effective managers”. The very same people who "failed" most of the programs for the creation of traditional weapons.

No other evidence of the existence of an 8-fly rocket has yet appeared.

You can ignore the severity of the indicated facts and increase the speed of the Zircon by a few more Machs. But we need an honest and unbiased assessment.

The stream of cheers cannot hide the obvious and obvious contradictions in the story with "Zircon".

What weapons will our Navy have to fight? 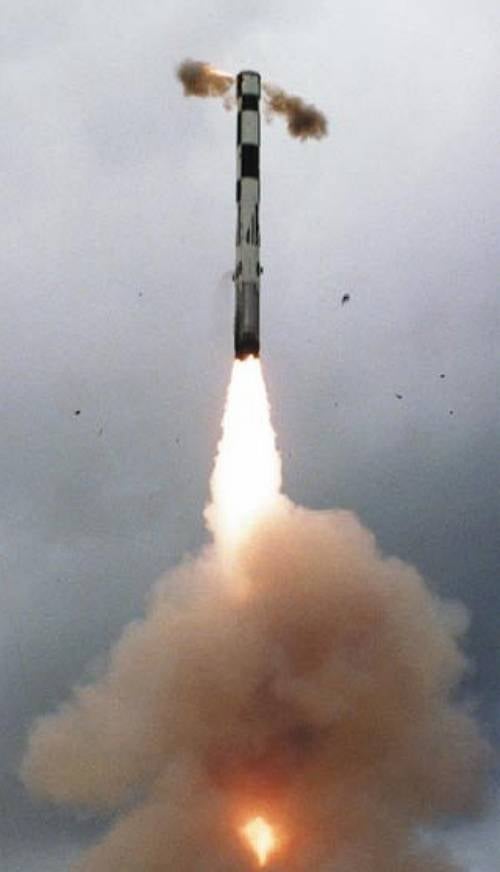 Ctrl Enter
Noticed oshЫbku Highlight text and press. Ctrl + Enter
We are
The appearance of "Zircon" to the peopleWorse "Caliber"
Military Reviewin Yandex News
Military Reviewin Google News
367 comments
Information
Dear reader, to leave comments on the publication, you must sign in.