In China, began flight tests of a carrier-based drone of a helicopter type 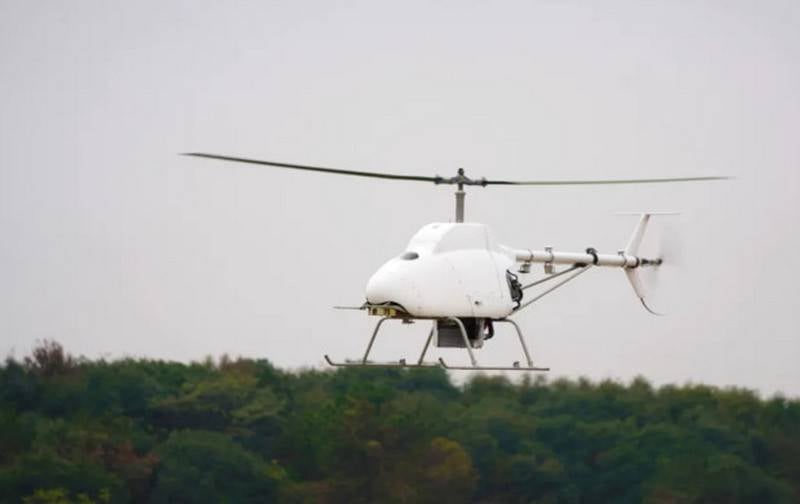 The PLA naval forces may soon receive a helicopter-type deck drone. According to the Global Times, citing the press service of the Chinese state aviation AVIC Corporation, the corporation specialists have begun flight tests of the AR-500B unmanned helicopter.


AVIC has developed a deck-mounted version of the helicopter-type drone designed to equip small ships of the PLA Navy, including patrol boats and corvettes. It is noted that this is the first device of this class developed in China.

Flight tests of the unmanned helicopter began at the end of November, but they reported about them already in December. During the first flight, the drone performed takeoff, hovering, several maneuvers and landing. The total time spent in the air was half an hour, the tests were recognized as successful.

The declared maximum take-off weight of the AR-500B is 500 kg, the payload is 70 kg. The range of the communication channel is 100 km, the duration of being in the air is up to 4 hours. The maximum speed is 140 km / h, the height is 4 thousand meters.

The drone is intended for reconnaissance, search and tracking of targets, target designation, assessment of damage inflicted on the enemy by means of destruction and relaying radio signals.

Ctrl Enter
Noticed oshЫbku Highlight text and press. Ctrl + Enter
We are
Reports from the militia of New Russia for 27-28 September 2014 of the yearDecember 2010 years. Russian March. Senseless and merciless? Notes not a Russian person
Military Reviewin Yandex News
Military Reviewin Google News
18 comments
Information
Dear reader, to leave comments on the publication, you must sign in.