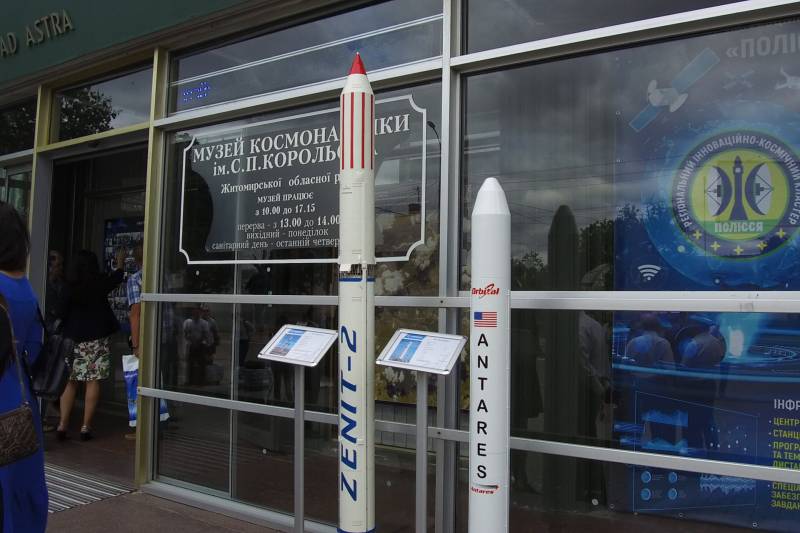 Deputy Prime Minister of Ukraine Oleg Urusky announced the need to develop the rocket and space industry. It should be noted right away that if 10-12 years ago, including as a result of cooperation with Russia, this branch of Ukraine remained relatively viable, then in recent years its colossal degradation has occurred.


Now in Kiev they decided to find a foreign partner with the help of which the industry will develop. And Turkey can become this partner, according to Urusky.

The Ukrainian official said that now "there is a conversation with the Republic of Turkey about the possibility of commercializing the missile industry to create joint launch vehicles (launch vehicles) for the possibility of launching from the territory of third countries." In other words, Ukraine wants to receive foreign investment. So far, there have been no official comments from the Turkish authorities regarding its possible cooperation with Ukraine in the rocket and space sector.

Urusky added that now neither Ukraine nor Turkey can "provide a normal place for the cosmodrome."

Also, the Deputy Prime Minister of Ukraine noted that the state is going to develop, in addition to the rocket and space, and aviation industry.

At the moment Ukraine is included in the international project "Antares". As part of this project, rockets are created to launch cargo into the so-called low reference orbit. The rocket is used by the United States of America. Part of the program is being implemented with the involvement of the Ukrainian Yuzhnoye design bureau.

Ctrl Enter
Noticed oshЫbku Highlight text and press. Ctrl + Enter
We are
Reports from the militia of New Russia for 27-28 September 2014 of the yearInterview of Vladimir Putin with Radio Europe-1 and TF1
Military Reviewin Yandex News
Military Reviewin Google News
89 comments
Information
Dear reader, to leave comments on the publication, you must sign in.