If tomorrow is World War III? What does TV promise us?

December 8 2020
154
After the recent violation of the Russian maritime border by a US destroyer, discussions began to sound again on the subject of a possible outbreak of the Third World War. But everyone wants to win without a nuclear apocalypse. And that I, a simple man in the street, listening and reading the media, should think about what awaits us if a war suddenly breaks out?

The first thing that attracts attention: The Third World War is presented as a war of the entire progressive world against Russia alone. Other rivals of the United States and NATO are somehow not visible, except for North Korea and Iran. And that's not a fact.

We have no official associates, except for the CSTO. This fact, to put it mildly, is annoying. Again, we have only the army and the navy as allies. Against the whole world, these friends are somehow not enough!

What can our army do if we watch TV and read the Internet?

First of all, the planes. Because aviation Is the main force in modern warfare. 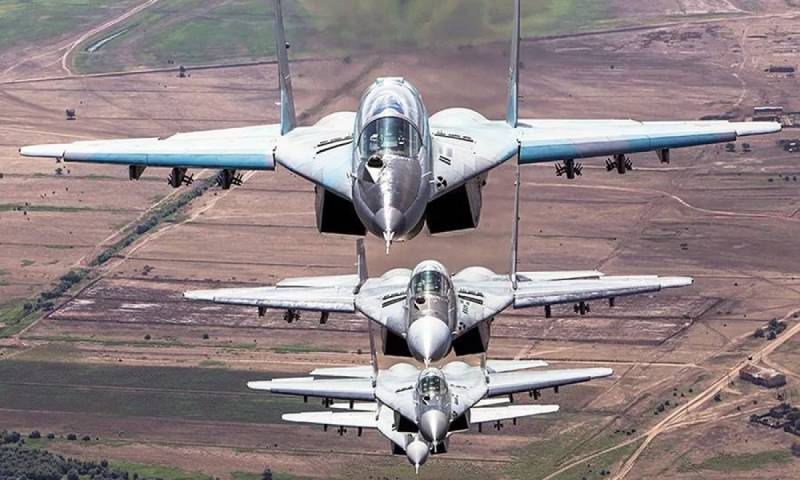 Source: Russian Ministry of Defense, mil.ru
We have great planes and great pilots showing their skills in Syria. But the Russian Aerospace Forces is several times inferior in numbers to NATO countries and their allies. At the same time, we do not have technological superiority. And this is sad. 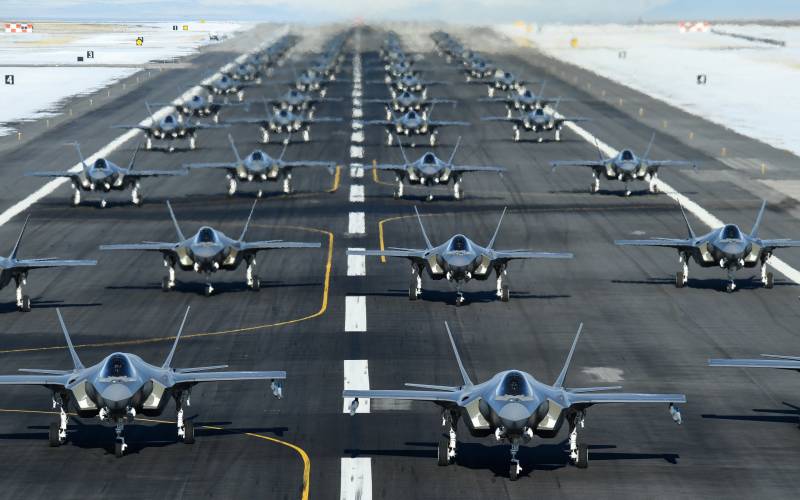 Our adversary has an air force unmatched on the planet. With a huge arsenal of precision ammunition and a huge number of cruise missiles deployed on ships and bombers. The NATO Air Force is well organized. Their main advantage is the large number of AWACS aircraft, which give superiority over opponents in air combat control. 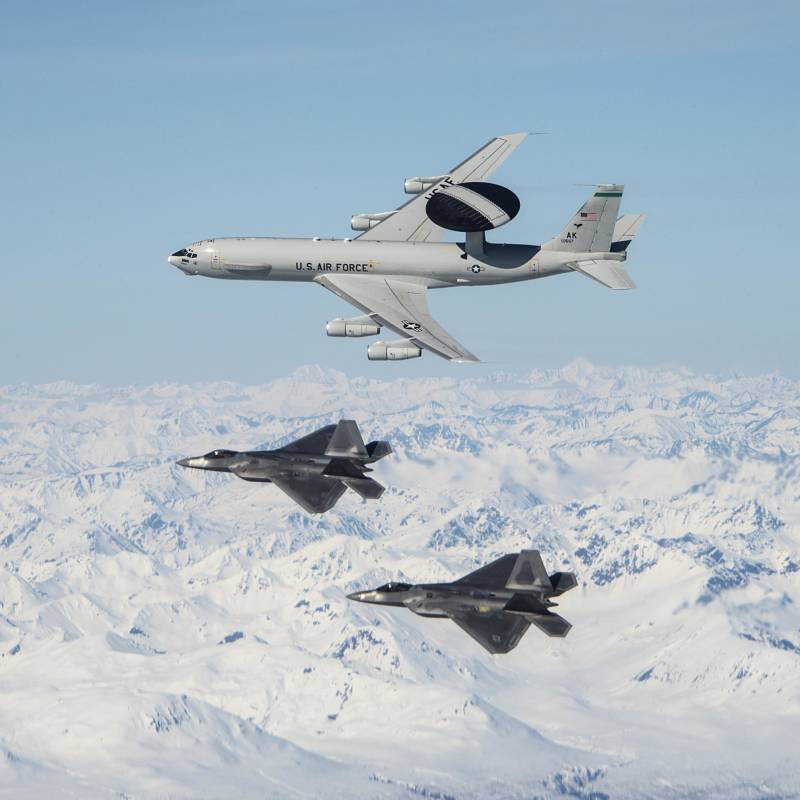 NATO is capable of conducting large-scale air offensive operations with strategic objectives. Up to the complete suppression of air defense of entire states.

But there is a ray of hope in the confrontation with the NATO Air Force. These are the Russian air defense forces, which are the strongest on the planet. They are equipped with the most advanced air defense systems and electronic warfare systems that can interfere with the operation of AWACS aircraft and disorganize enemy interaction in defended areas. That, in theory, will give the aerospace forces an advantage in defensive battles. Exercises (without using AWACS) between Indian Su-30 and American F-15 ended in the defeat of the Americans. This fact allows us to hope for positive results in defense.

The battle for air is the most serious test for the Russian army. Air defense forces are not able to defeat the enemy, since he simply will not climb onto the missiles. And our Aerospace Forces do not have the ability to conduct an offensive air war against such an enemy. We can only shackle the actions of the enemy's aviation and thereby free the hands of the Russian ground forces.

The ground forces are our strength and hope. 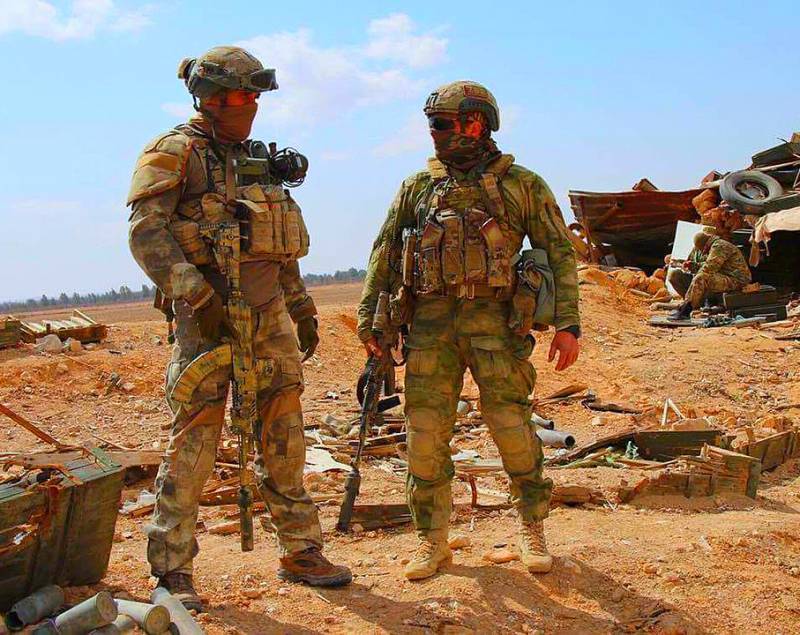 Looking at the equipment of our fighters, the eye is pleased. They have their own style, unlike anyone else. This is a good sign. Confirming that the Russian army is developing without looking back at someone, goes his own way.

The main striking force of the army is Tanks... And we have them, like in a song:

"Armor is strong, and our tanks are fast."
In Syria, Russian tanks (in particular the T-90) showed good survivability. But the basis of Russia's tank forces is made up of T-72 vehicles, which in the Chechen war (and in other conflicts), demonstrating their effectiveness on the battlefield, suffered significant losses. The T-72 is probably still weakening the Russian tank fist. Since the enemy army is equipped with the world's most advanced ATGM systems in large numbers. 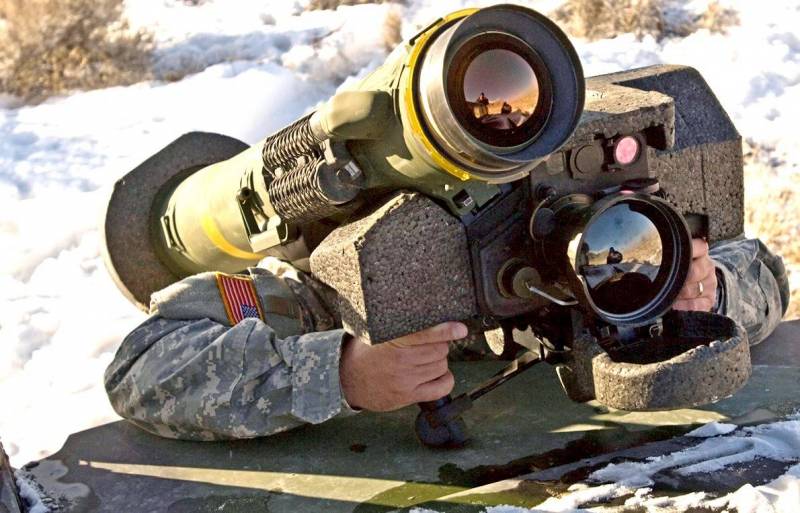 And the Abrams 120mm tank guns have proven their ability to hit T-72s at decent distances. In such conditions, our tankers will have to rely more on their skill and maneuvers than on armor. 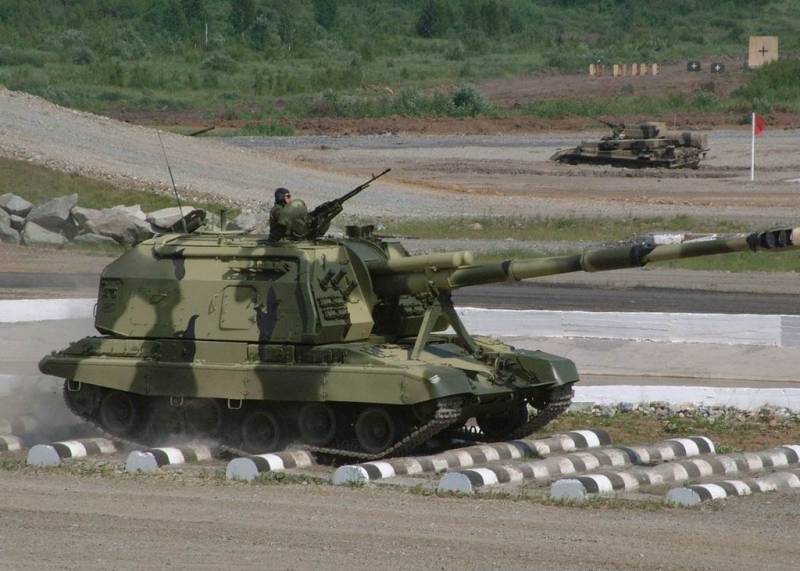 Source: Wikimedia Commons
The trump card of the Russian army is artillery. She is the god of war in Russia, and in NATO she is a means of fire support. Therefore, we have a lot of different artillery, including systems with unique characteristics. Russian artillerymen everywhere prove their high qualifications: at any exercises (joint with foreign partners, in Syria). In this branch of the army, we have, it seems, both numerical superiority, and qualitative and professional. To match our valiant artillerymen and our missilemen (with "Tochki" and "Eskanders"), turning service in the NATO army headquarters into an extremely dangerous for life. You can achieve victory with such trump cards.

Also in favor of the Russian army is great maneuverability. Since imported light equipment is heavier than medium tanks during the Great Patriotic War. Not to mention the weight of the main tanks, which ties them to good roads. And our brigades can use the dirt road. 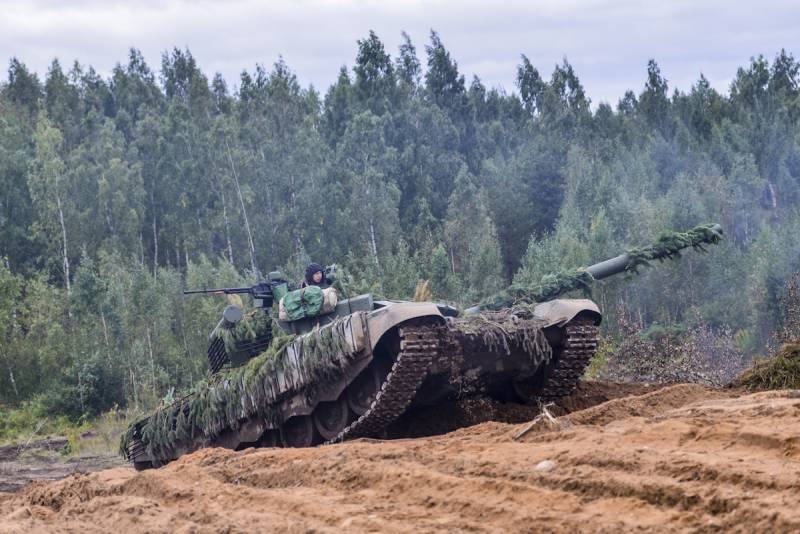 Source: Russian Ministry of Defense, mil.ru
To summarize, the Russian ground forces have greater maneuverability, firepower, and serious strike potential. And the command in conflicts shows a fairly high level of professionalism. All the advantages, multiplied by the unique qualities of the Russian soldiers themselves, make it possible to count on the victory of the Russian troops.

The sea is our dream and our weakness. The Navy is the type of troops in which the enemy has total superiority. Just in everything and everywhere: under water, above water (even scary to think). And in the air, in fact, there is nothing to compare. 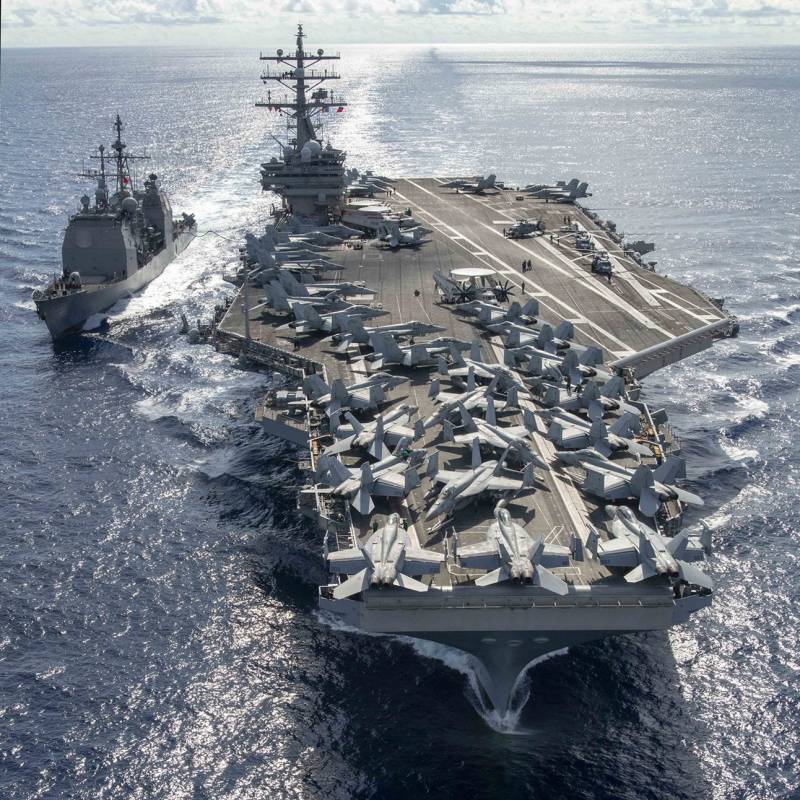 Photo: Mass Communication Spe. 3rd Class Erwin Jacob Villavicencio Miciano / US Navy
It's not all bad. Our rockets are the best and most unique. Therefore, an attack on the Russian coast is a rather dangerous business for any enemy. Russia has very advanced nuclear submarines, which are superior to someone in some way and are among the best in the world, but our opponents are mainly the US Navy, whose nuclear submarines are at least as good as they are, but there are many times more of them. In addition, our nuclear submarines will have to overcome the most powerful and advanced anti-submarine defenses on the planet. Therefore, it is somehow unlikely to expect that we will sink convoys in the Atlantic, hunt aircraft carriers and regularly strike at decision-making centers on the other side of the ocean. The Russian Navy is unable to impose a struggle for water areas, except for the territorial waters of Russia. The nuclear submarine is probably the basis of our defensive orders in the ocean. We should not count on corvettes, do we? 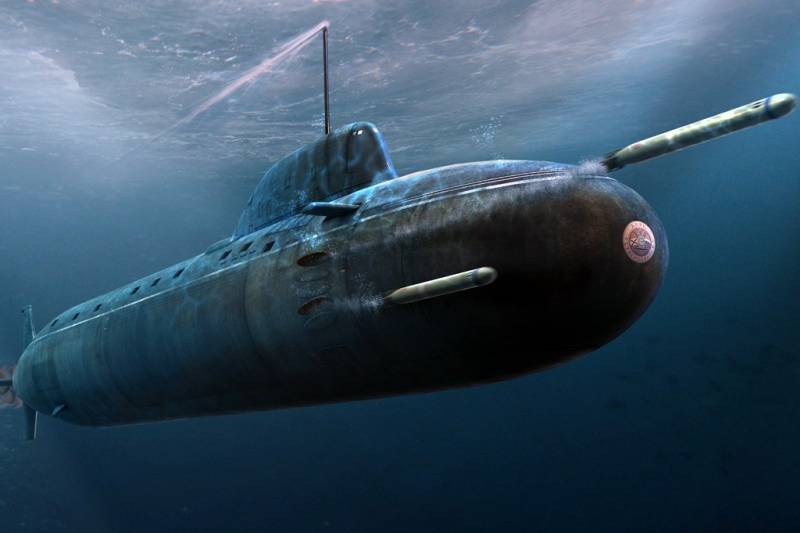 Therefore, our fleet will guard our native shores. And adversaries in Europe and Asia complicate life in decision-making centers with the help of "Calibers". Moreover, even solving such problems will require courage, skill and luck.

As a summary. For the progressive world, a war with Russia is troublesome, risky and extremely costly. It takes a very good reason to take these costs and risks. And for Russia, to be honest, such a battle is something of little promise if we do not have a worthy ally.

Therefore, we hope that talk about the war will remain just talk for now.

Ctrl Enter
Noticed oshЫbku Highlight text and press. Ctrl + Enter
We are
A great interview with Sergey Lavrov: about Ukraine, Obama and IranWhat you didn't want to know about England
Military Reviewin Yandex News
Military Reviewin Google News
154 comments
Information
Dear reader, to leave comments on the publication, you must sign in.