Commander-in-Chief of the Armed Forces of Ukraine: At Ilovaisk in 2014, the Ukrainian army surprised Russia and the whole world 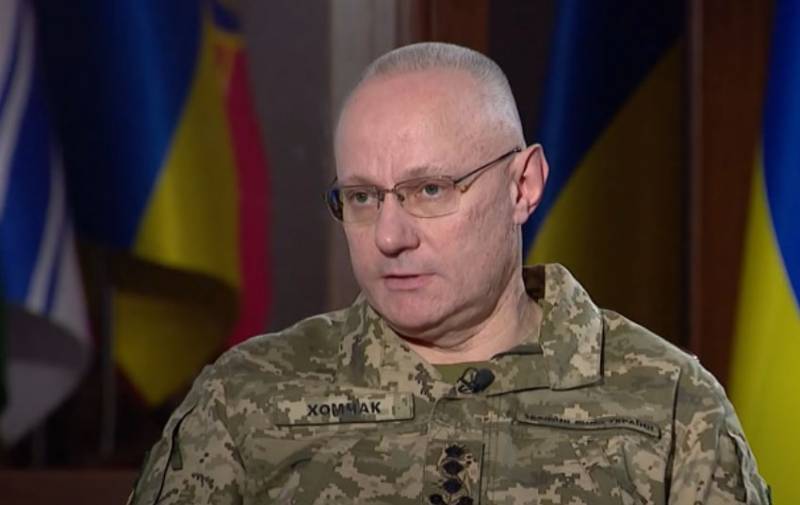 
At the same time, Khomchak claims that near Ilovaisk the Ukrainian army amazed with "its fighting spirit."

The Commander-in-Chief of the Armed Forces of Ukraine is engaged in myth-making, turning a bitter defeat in the "cauldron" into a "win" for the Ukrainian troops:

They believed that the army in our country was destroyed long ago, that something incomprehensible remained. And therefore, no one expected that we would hold out at Ilovaisk. Then the Russians suggested to me: we are releasing the military from Ilovaisk, and leaving the volunteers. They told me so.
Khomchak said that the Ukrainian volunteers "became a real nightmare for the Russians."

Commander-in-Chief of the Armed Forces:

I then told them: this will not happen! We had two captured Russian paratroopers, I knew that we would be able to withdraw the troops.
Ruslan Khomchak, who in the summer of 2014 was in the position of commander of the so-called "B" sector, notes that at that time there was little choice for the Ukrainian army.

Commander-in-Chief of the Armed Forces of Ukraine:

And now the battles for Ilovaisk are not over, because not all the dead have been found, not all those found have been identified.
Recall that the previously well-known Semyon Semenchenko, commenting on the events of the Ilovaisk boiler, noted that the official statistics of those who died there are several times underestimated. According to him, at Ilovaisk, Ukraine lost at least a thousand soldiers and officers, and this is only in the Ukrainian Armed Forces. In general, no one really considered the losses of the National Battalions.
Ctrl Enter
Noticed oshЫbku Highlight text and press. Ctrl + Enter
We are
Reports from the militia of New Russia for 27-28 September 2014 of the yearReports from the militia of New Russia for 1 September 2014 of the year
Military Reviewin Yandex News
Military Reviewin Google News
136 comments
Information
Dear reader, to leave comments on the publication, you must sign in.