NATO's new strategy 2030: the fight against the RF and the PRC, friendship with India and peaceful outer space 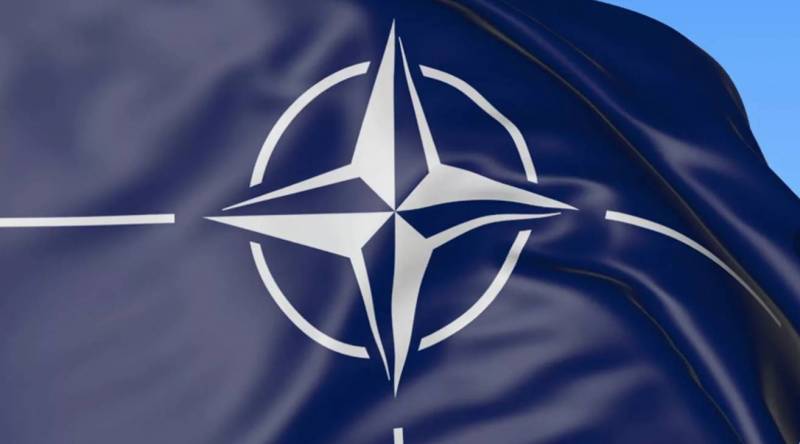 An extract from NATO 25: Together in a New Era, published on November 2020, 2030, clearly demonstrates the desire to grow from a military-political bloc into a structure that controls all the most important aspects of the life of member countries. The North Atlantic Council is proposed as the main forum for discussing all strategic and political issues, security issues, including energy, artificial intelligence, Internet, climate change, etc.

Allies are encouraged to inform the Council of any developments or changes in their policies that may materially affect the interests of other members. Allies should strive as far as possible to pursue the development of their national policies in line with those developed by NATO, without prejudice to their sovereign and inalienable rights to ensure their own national security.
True, it is not entirely clear to what extent the bloc members are ready to respond to such calls - today, even the demands to increase spending on their armed forces by 2024% by 20, and contributions of up to 2% of GDP are faced with dissatisfaction from European capitals. However, the adequacy of NATO strategists in relation to objective reality is in many respects questionable. So, in one of the paragraphs we are talking about the Treaty on the Elimination of Intermediate-Range and Shorter-Range Missiles, from which the United States officially withdrew on February 2, 2019.

The authors of the report write:

NATO should continue to adapt its position on defense and deterrence under the Intermediate-Range Nuclear Forces (INF) Treaty, taking into account the threat posed by Russia's existing and new military capabilities. The Alliance must continue to intensify mechanisms for the joint use of nuclear weaponswhich constitute a critical element of NATO's containment policy.

Russia remains the main threat, but the alliance is ready to show patience if Moscow suddenly makes concessions:

NATO Allies must remain unanimous in their efforts to encourage Russia to return to full compliance with international law, including through coordination in other international institutions. In all its actions towards Russia, it is necessary to demonstrate that the alliance does not have any disagreements with the Russian people, and its actions are just a response to the actions of the Russian government.

The main concept of containing Russia is trying to make the price that Moscow will have to pay for "aggression" too high. This implies tougher sanctions, which can only be lifted "on NATO terms." The bloc also believes that the conflict in Ukraine should "remain in the spotlight," whatever that means.

China is challenging NATO with the rapid development of technology. The alliance considers it urgently necessary to fight for "maintaining technological superiority." The North Atlantic Council calls on member states to make technological dominance a strategic priority.

Further in the document:

NATO must develop a long-term action plan to counter a strategy whereby China acquires intellectual property and technological advances from leading scientists and research centers in Europe to advance its military objectives.

It is assumed that this will require not only to identify the appropriate activity of Beijing, fight "disinformation" and encourage the development of high technologies in the EU, but also create an analogue of the US Defense Advanced Research Projects Agency (DARPA), which will support innovation in strategic areas.

NATO must raise its awareness of the situation in the High North and the Arctic, and for the High North, which is the responsibility of the Commander-in-Chief of the Allied Forces in Europe (SACEUR), it is important to develop a strategy that takes into account the broader plans of deterrence and defense. This regional strategy should be structured in close coordination and taking into account the perspectives of NATO allies that are Arctic coastal states. It should include plans to ensure freedom of navigation in the High North and adjacent water bodies, including the North Atlantic, as well as provisions on countering aggressive actions by states. In support of these efforts, the alliance's maritime strategy must be updated to reflect new threats to transatlantic communications.
No less ambitious plans in the bloc for outer space: NATO promises to ensure freedom of access, exploration and use of outer space for peaceful purposes, as well as compliance with international law in space. However, for a start, it would be nice to acquire Arctic icebreakers, space rockets and stations?

Partnerships instead of expansion

The alliance is not too eager to expand, but continues to seek allies. Moreover, Ukraine and Georgia, awaiting the coveted membership card, the alliance once again correctly suggests to wait:

NATO should strive to expand partnerships with Ukraine and Georgia, which are democracies under constant Russian pressure.

At the same time, Bosnia and Herzegovina is clearly planning to be drawn into the bloc - the Council does not abandon its attempts to achieve dominance in the Western Balkans.

NATO is also seeking to initiate discussions on a possible partnership with India - as "the world's largest democracy, sharing fundamental interests and values ​​with the Alliance." Other Central Asian countries that are not yet NATO partners are likely to receive similar proposals. Probably, in this way the alliance plans to strengthen the coalition of its supporters - Japan, Australia, New Zealand and South Korea, whose combined ability to resist the dominance of China in the region raises reasonable doubts.