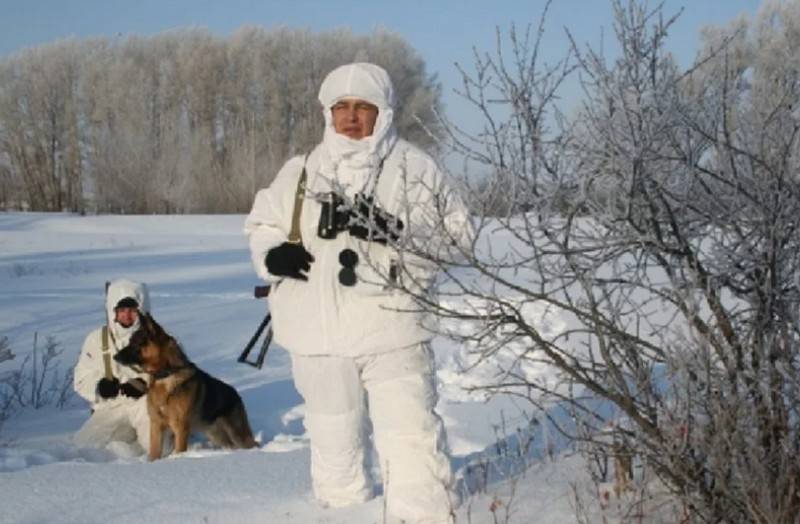 Russian border guards stopped an attempt to violate the Russian state border by three armed unknown persons from Ukraine. According to the DSP of the FSB of the Russian Federation, during the shootout, one of the offenders was killed, two of them managed to hide on Ukrainian territory.


According to the report, three armed unknown persons tried to enter Russian territory in the area of ​​responsibility of the FSB border directorate for the Belgorod and Voronezh regions, the exact location has not been named. The perpetrators were discovered by border guards, and during an attempt to arrest they opened fire on Russian border guards. By return fire, one of them was destroyed on the spot, two fled to the territory of Ukraine.

On December 4, at the section of the Border Directorate of the FSB of Russia for the Belgorod and Voronezh regions, on December XNUMX, a frontier detachment suppressed an attempt to violate the border from Ukraine to the Russian Federation by three armed unknown persons. While trying to arrest the violators showed armed resistance. As a result of return fire, one of them received injuries incompatible with life, two fled to the territory of Ukraine
- said in a statement.

The necessary operational and investigative actions are carried out at the scene. At the moment, the FSB does not provide other details of what happened.
Ctrl Enter
Noticed oshЫbku Highlight text and press. Ctrl + Enter
We are
Summary of the week from voenkor Mag about events in the DNI and LC 21.04.18 - 27.04.18Summary of events in the DPR and LPR for 14.04.18 - 20.04.18 from the military commissar "Mag"
Military Reviewin Yandex News
Military Reviewin Google News
131 comment
Information
Dear reader, to leave comments on the publication, you must sign in.