August 16 2012
364
Not long ago, Russian and Chinese delegations took part in the so-called verification of the state border between the two countries. The audit was carried out in the status of demarcation measures in the territory of the Republic of Altai in accordance with the agreements reached in the Chinese city of Urumqi on July 25 of 2012. The demarcation work on the part of Russia was carried out under the leadership of Dmitry Kodenko, who is the representative of the FSB Border Department in the Altai Republic. The head of the Chinese delegation was Yu Guangsin - Director of the International Relations Department of the Altai District of the Xinjiang Uygur Autonomous Region of the PRC. 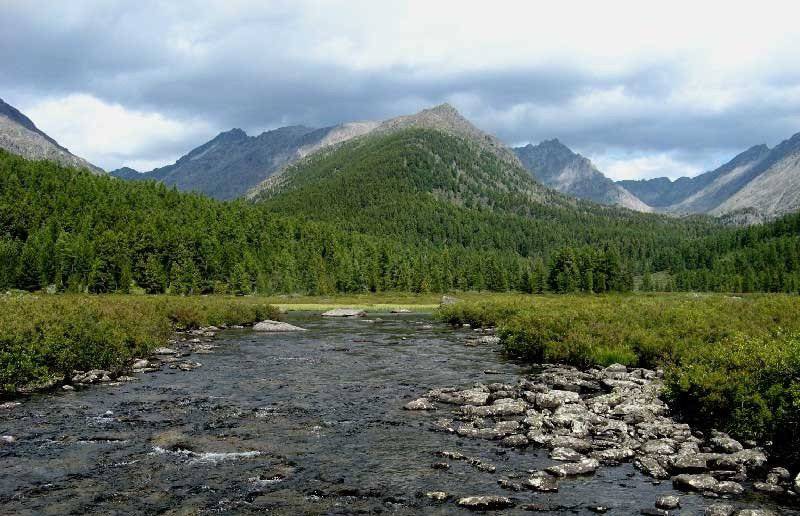 Chinese border guards offered Russia to give 17 hectares of land in the mountains of Altai (photo http://fedpress.ru)

It would seem that in the work of the bilateral commission there should have been no difficulties, except for the one that is associated with work in mountainous terrain. But in fact, the demarcation measures were not completed. The reason for this was the unexpectedly voiced position by the Chinese side, which was reduced to the need on the part of the Russian Federation to shift the section of the state border inland to China, so that China would receive the “native Chinese” 17 hectares of the Altai highlands. At the same time, the Chinese side, in fact, did not submit any documents that would at least somehow describe the claims for the aforementioned hectares, which suddenly turned into disputed territories. Yes, in legal terms, she could not present them, because as recently as 2005, an agreement was signed on the demarcation of the Russian-Chinese border, according to which Russia handed over to China, as much as 340 square kilometers of “disputed” territories.

In this regard, the Chinese claims may seem strange not only as such, but also strange in that sense, why did these claims suddenly manifest themselves in the Altai region? The answer to this question lies almost on the surface. The fact is that the Russian Federation on the territory of the Republic of Altai has a border with China, a little less than 55 kilometers. Due to the fact that the border line runs at an altitude reaching 3 thousands of meters, the checkpoints are not equipped here, because in the border areas, if economic activity is conducted, it is conducted on a very modest scale in order to pull barbed wire between countries and equip border posts.

Obviously, the absence of the very frontier outposts in the region provided Beijing with food for thought about whether or not to try again to follow the Chinese diplomatic diplomacy honed in the confrontation with the USSR, and not even a inch of land from Russia. China, apparently, went according to a simple principle: if Russia does not protect a part of the border, then it can be stated that this area should belong to China. And in order for the dispute not to result in a tougher confrontation, Beijing requires "only" 17 hectares. They say, well, why should we raise controversy because of such trifles - just give some land, and we will look and leave us alone.

In order to resolve the current crisis situation, it was decided to hold the next meeting of the bilateral commission in Gorno-Altaisk in late August - early September. During this time, the Russian side must figure out how to resist (and whether it is worth resisting at all ...) with the new Chinese territorial claims. In other words, Beijing gives the Russian authorities time to think: to give or not to give the People’s Republic of China another “modest territorial” gift, which, frankly, for all history relations with China were already indecent many ...

As history shows, any territorial indulgence in relation to a neighboring state, no matter how modest it is (indulgence), always becomes a precedent. The meaning of this is approximately the following: today you gave us 17 ha, tomorrow we will ask you for 25, and the day after tomorrow it will be possible to talk about more impressive areas. Concessions made once will lead to new and new territorial requirements.

In this regard, the position of those people who say, they say, well, and so what if we give Beijing some hard-to-reach Altai piece consisting of stones covered with rare flora, is surprising. They say, for this, China will endow Russia with its loyalty in the UN Security Council, and at other international platforms. But, excuse me, the exchange is not at all equivalent: “Neighbor, give me your land, and I will say how good you are.” But does Russia need international support at such a price? Paying your own territory just for someone rubbing their hands at the success of the “deal” called us white and fluffy ... That's too much ...

It means that it is time for Russia to make it clear once and for all to any state in this world, no matter how friendly and loyal it may seem, that the territory of the country cannot under any circumstances be subject to interstate bargaining.

By the way, the territorial claims of the PRC to Russia are far from being unique in their own way. Today there are a large number of disputed territories in different parts of the world, which should, from Beijing’s point of view, end up with China.

1. China denotes a dispute with Japan over the Senkaku Islands (Diaoyu) and, at the same time, is active in the immediate vicinity of the archipelago, which Japan considers its own.

2. In 2002, China presented materials according to which the disputed territories of one of its southern neighbors, Bhutan, should be obtained. And, despite the fact that the official authorities of this country did not sign any protocols on the rejection of a certain part of the territory in relation to China, the PRC workers began to build road networks and other infrastructure facilities on the disputed lands.

3. China is actively fighting for the islands of the South China Sea, constantly engaging in diplomatic (and not only diplomatic) conflicts with such countries as the Philippines, Vietnam, Malaysia and Brunei.

4. The territorial dispute between China and Tajikistan, which resulted in more than 1150 sq. Kilometers under the jurisdiction of Beijing, was “settled” in 2011 (but where are the guarantees that China will not use the “Altai scenario” in this case).

This list may be continued by a succession of territorial disputes between China and Kazakhstan, Taiwan, Kyrgyzstan and other countries of the world. If we consider the totality of all the Chinese claims, then we get an interesting picture: China wants to receive territorial gifts from all its neighbors (and not only its neighbors). This, excuse me, some kind of Chinese “Lebensraum” is obtained, and only ...